A Ghost Bandit Angelfish Made Its Way to Denver Colorado

The Ghost Bandit Angelfish was an unexpected, captive bred surprise. It’s impressive enough that Karen Brittain was able to breed this revered species in captivity, but raising a few stripeless individuals out of the batch also gave us a very interesting fish to consider. 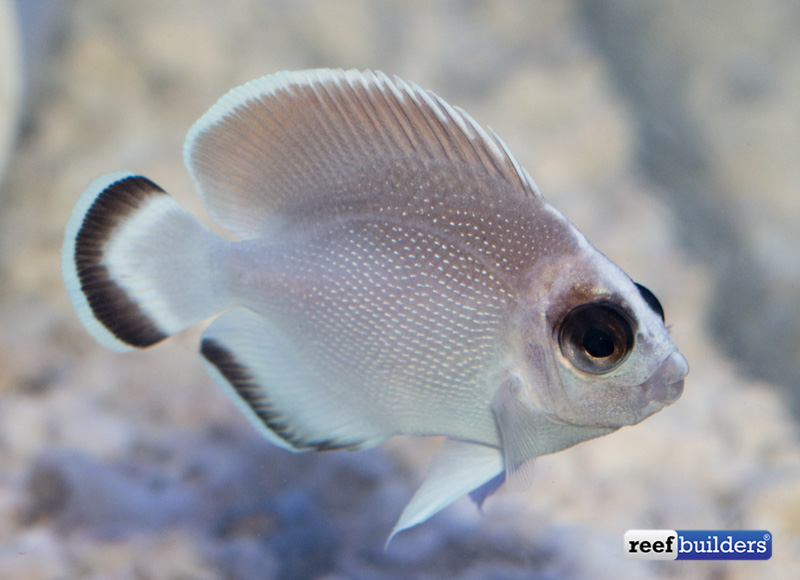 Stone Aquatics is one of the newer aquarium stores in the Denver area but the owner Steve Visser is a big fan of rare and exotic marine fish. The shop currently features a tank dedicated to gem tangs, and another one with half a dozen of Brittain’s captive bred personatus angelfish, and it’s in this display where we caught sight of one of the very few Ghost Bandit Angelfish alive in the world.

The bold diagonal black stripe of juvenile bandit angelfish is objectively what makes them such a striking fish. But when you’re expecting the fish to have a stripe and it doesn’t, well that’s equally surprising. 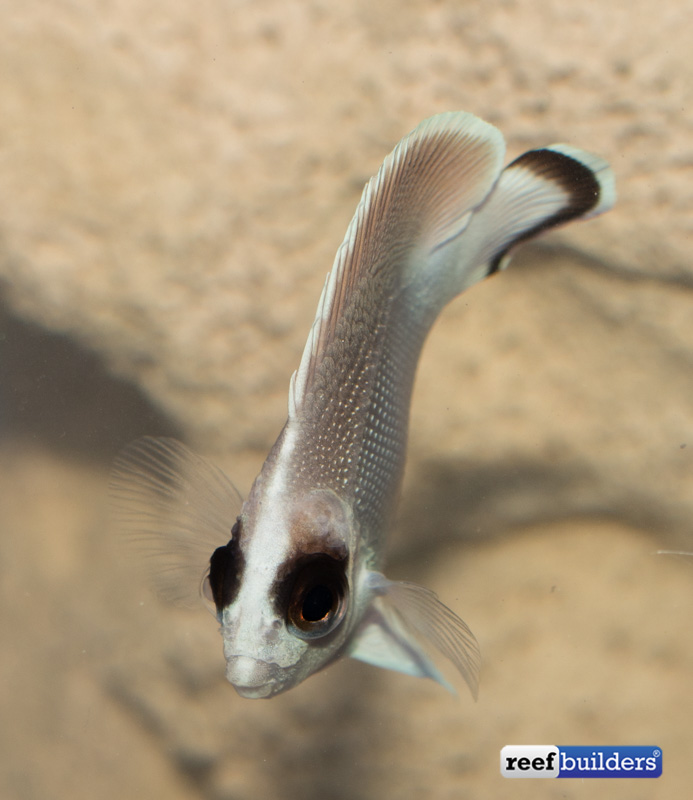 All of the Ghost Bandit Angelfish are still pretty small, with the Stone Aquatics specimen barely scratching two inches long. It’s between this size and about four inches that a normal bandit angelfish undergoes the biggest transformation to its appearance from juvenile to adult coloration.

It will be very interesting to observe the development of the Ghost Bandit Angelfish’s coloration and especially to see the transition from the white belly to the grey back without to a black stripe to divide these areas. We’ll be sure to do our part to document the Mile High Ghost Bandit as it develops and in the meantime, kudos to Karen Brittain for breeding such a unique fish and to Stone Aquatics for hosting one of the very few examples of this rare morph. 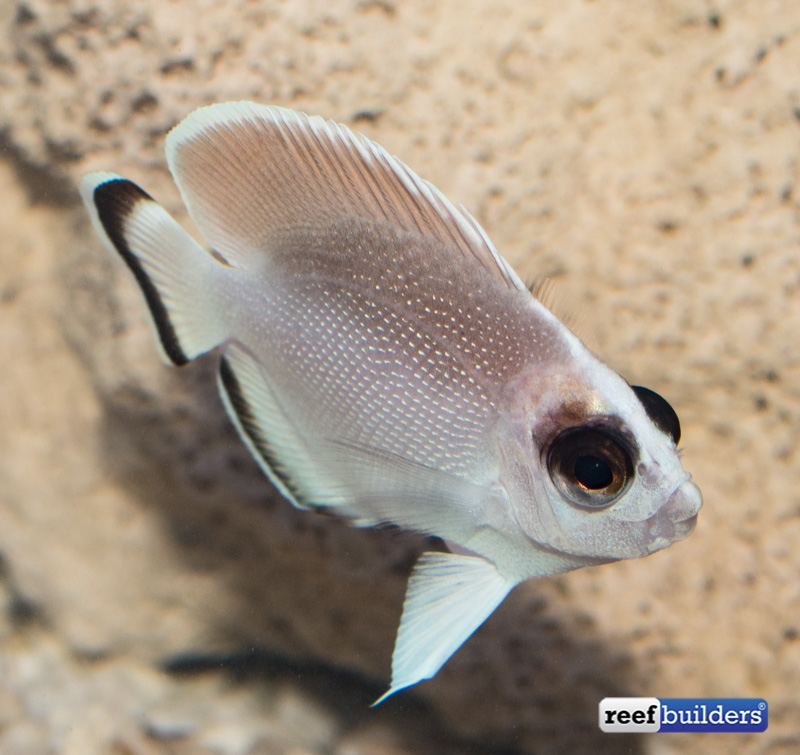 So Many Azoox Stony Corals in a Single Shallow Reef Cave

How to Frag Soft Corals