Macro Aqua has just introduced a wildly new protein skimmer design at CIPS which is so different that we don’t even know where to start. The Macro ‘Triangle Skimmer’ throws out the cylindrical and conical bodies ubiquitous in nearly all protein skimmers in favor of a body which is instead triangular.

The unusual protein skimmer body is probably a lot easier and cheaper to make than working with curved bases and bodies, but it also lends itself well to rearranging the layout of its components. In the process, the footprint of the Macro Aqua Triangle Skimmer is minimized and completely utilized in the space of a right-angled sump.

Despite the unusual look of the Macro Triangle Skimmer, at its core is a controllable DC pump which draws in air and water to create the froth protein skimmers need. However even the core of the pump is also different, hiding a titanium mesh wheel impeller which has been shown to create extremely fine bubbles. 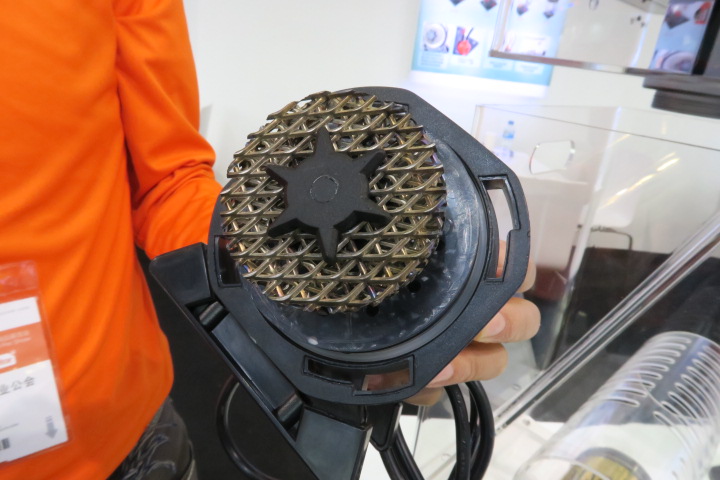 Instead of a tapering conical neck, the Macro Triangle uses a sloping side to collect skimmate into its collection cup. But there again Macro Aqua has departed from convention; the cup itself holds no waste, but you can either connect it to a hose to route the gunk out of the sump altogether, or there’s a wedge shaped collecting cup which fits neatly into the side of the Macro Triangle Skimmer body.

See also  Would Someone PLEASE Make an Air Silencer from Silicone?

It’s about time we got to see a protein skimmer with a really new design – sure we’ve seen DIY downdraft skimmers back in the day with a similar triangular body, but this is the first mass produced skimmer of this sort that we know of.

Again, despite the novelty of the skimemr body and the titanium mesh wheel impeller, since the Triangle Skimmer is made by Macro Aqua, we expect it to be rather affordable. However we’ll be awaiting a formal announcement from Macro Aqua about pricing, availability, and who will pick up this skimmer in North America and Europe before we let ourselves get too excited. [ReefBuilders Japan]

The Truth About Yellow Tang Collecting in Hawaii