The idea of having an LED tube as a direct replacement is such a no-brainer you didn’t think Euroquatics was going to be the only company to do this, did you? The concept of being able to replace fluorescent lamps with an LED tube has been around since the LED revolution began, but the last year has seen some significant gains in this area.

In the beginning we had tubes which fit in fluorescent fixtures but had to be directly wired to the main power. More recently, companies like EconLux and Euroquatics have offered tubes which work with existing fluorescent ballasts, minimizing the need to take fixtures apart for retrofitting with LED tubes.

More recently we’re seeing commercially made retrofit tubes which can work both from the existing ballast, as well as directly wired to increase efficiency. Not only does this afford users more flexibility and no excuse not to upgrade, but they’re getting really cheap too. 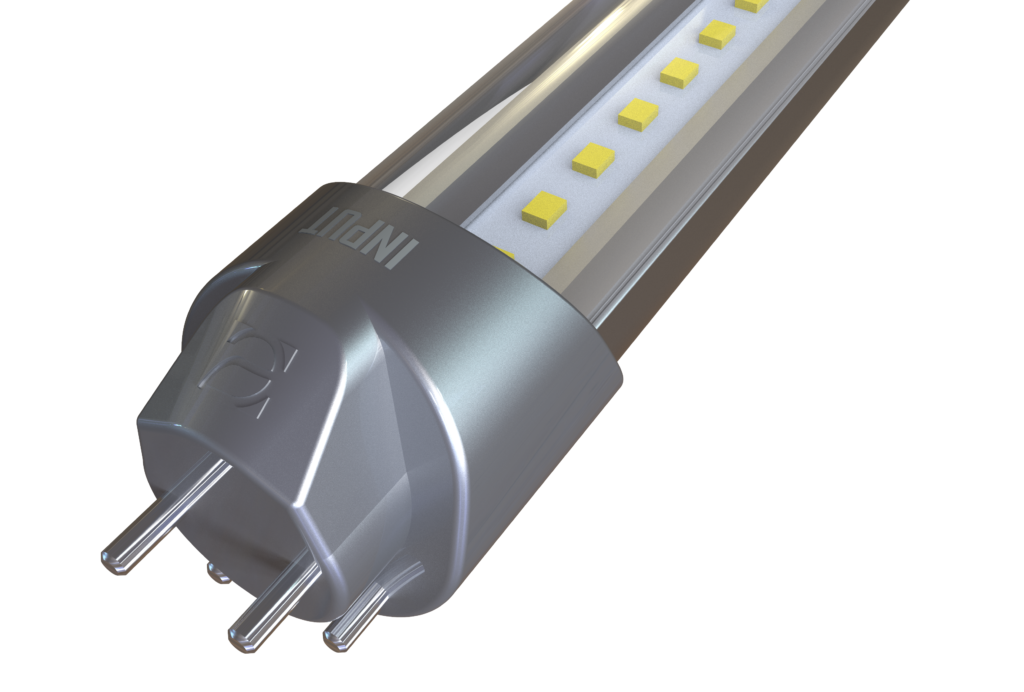 There’s still some confusion as to normal output vs. high output fixtures, but at least in the aquarium world we’re mostly concerned with HO T5 lamps. One exciting tube we’ve found is the Intellitube by Energy Focus, which offers a four foot HO T5 replacement LED tube for only $15!!!

The only catch is that these HO T5 retrofit tubes are made for simple illumination, so PAR is irrelevant and the colors are limited to warm white, neutral white LEDs. However, the old salts may recall the early days of T5 HO fluorescent lamps selling for as much as $35 to $40 for a quality tube, and several years later the cost become less than half the price.

Euroquatics might have the market cornered for high quality LED retrofits for T5 tubes, especially with their aquarium suitable colors and sizes. But it won’t be long until we reach some middle ground between an $80 tube from Euroquatics, and a $15 that are mass-produced for a global lighting market.