Get Inspired By This Forest Of Soft Corals in Raja Ampat

Besides Zoanthids and the new wave of shrooms, the aquarium hobby is ruled by our love for stony corals. But soft corals are an important part of the reef environment, sometimes becoming so dominant that they form veritable forests of softly swaying branches.

We’ve seen some soft coral zones on wild reefs before, populated by a diversity of Sinularia and Lobophytum soft and leather corals. But one particular reef zone in Raja Ampat Indonesia really took this notion to the next level, with these soft corals becoming almost thick enough to hide in. 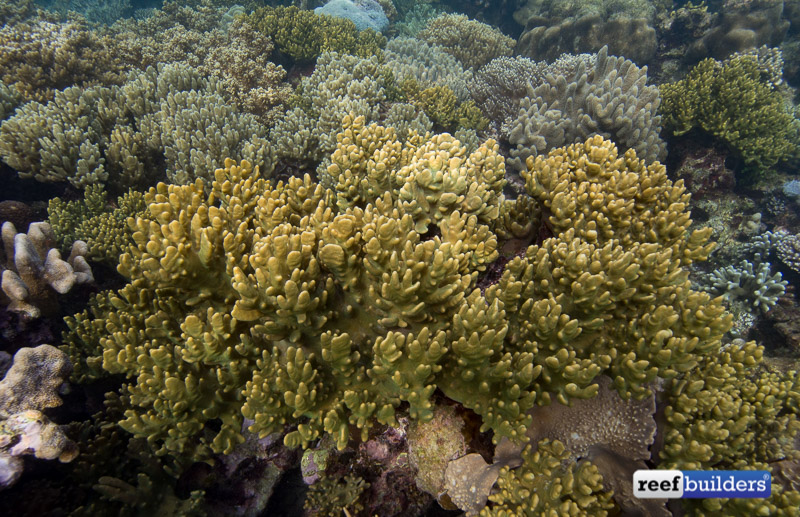 In every direction we looked, Sinularia and Lobophytum of dozens of different species absolutely covered every single square inch of the reefscape. And with no more room to grow out, many of theses species started growing very tall, resulting in some of the largest multi-story leather corals we’ve ever seen.

These various thick fleshy Lobophytum and Sinularia were just short of being as tall as the Joshua Tree Leather Coral from the Solomon Islands, but that species actually built its own limestone pedestal. But this soft coral heaven was so perfect for these soft corals that some oddball species even grew as encrusting mats in between the taller colonies, growing right up to their bases. 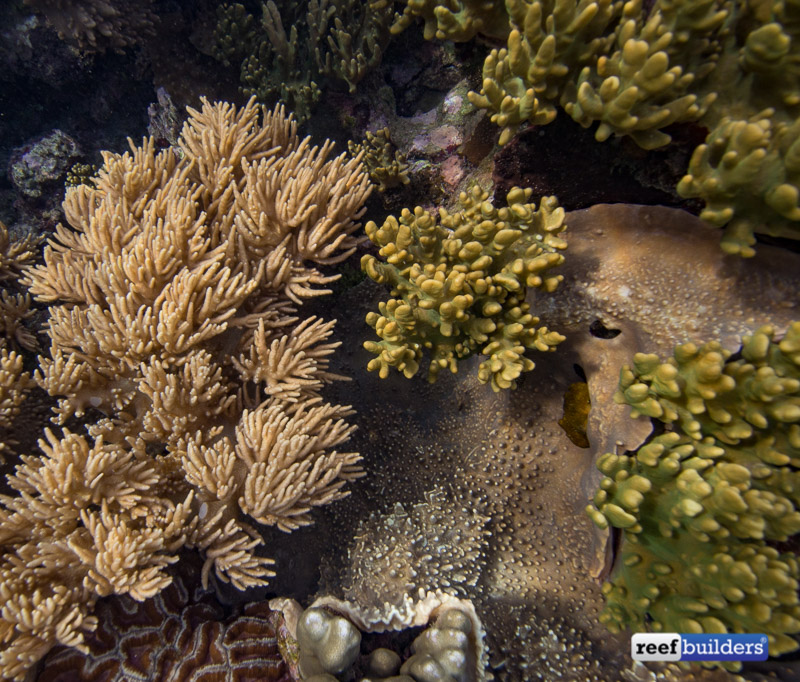 Admittedly, the diversity of shapes and colors can’t compare to a stony coral reef, but seeing this many soft and leather corals in one spot is a much less common sight. It’s hard to know why this particular section of the reef was especially crowded with these kinds of corals – there were some large and healthy colonies of Acropora as well, but these were mostly overshadowed by their Octocoral counterparts. 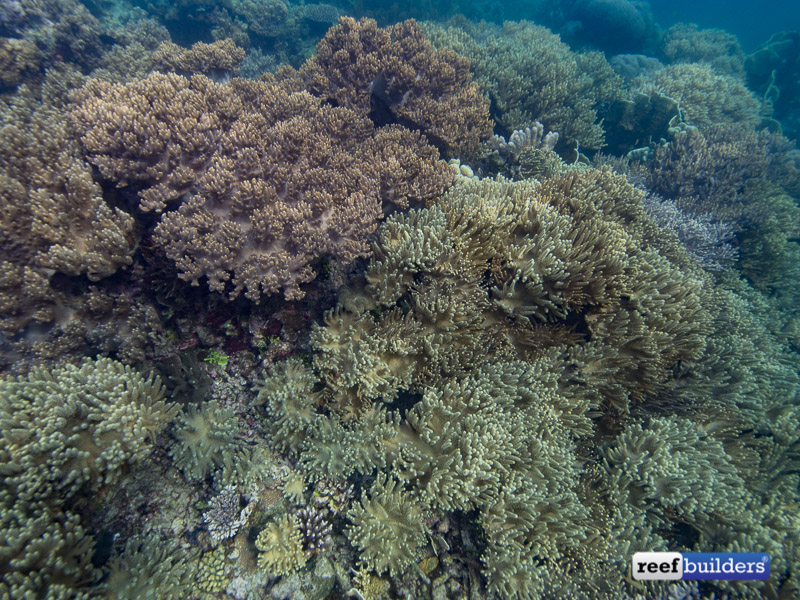 What was cool about seeing so many soft corals in one place, is that many of these species and strains are present in our aquarium world, but we never, not even at public aquariums, see them so large and so sprawling in their size.

For example we’re all pretty much familiar with a thin branching spaghetti leather coral, you might have one in your reef tank right now. But witnessing this species of Sinularia flexibilis with bases fifteen across, all but shrouded by countless trunks, each covered in noodley branches, is something we’ve never seen the likes of in an aquarium.

Granted it would take an aquarium the size of a room, or a reef pond, to grow leather corals to these appreciable sizes. But nevertheless, we hope these images will inspire reef builders to consider mixing up their reefs with some kind of soft corals to contrast all our fancy and expensive fuzzy stick forests. 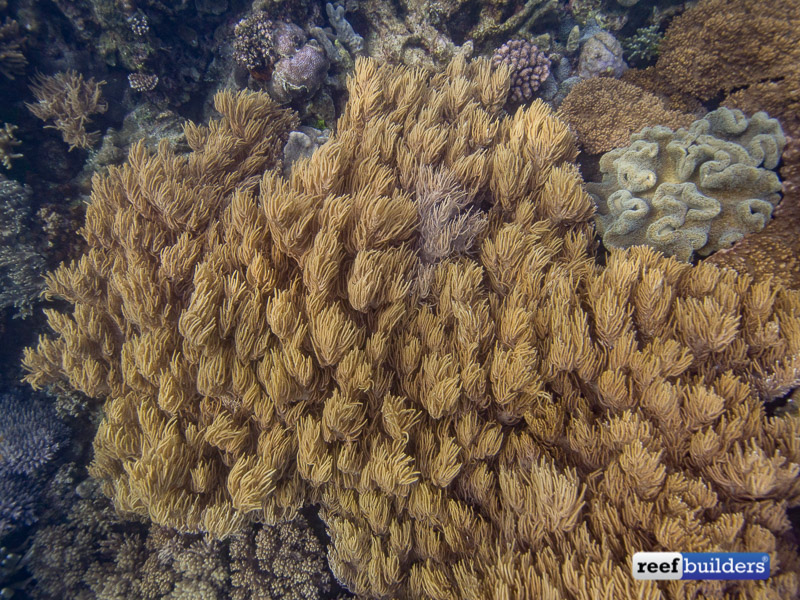 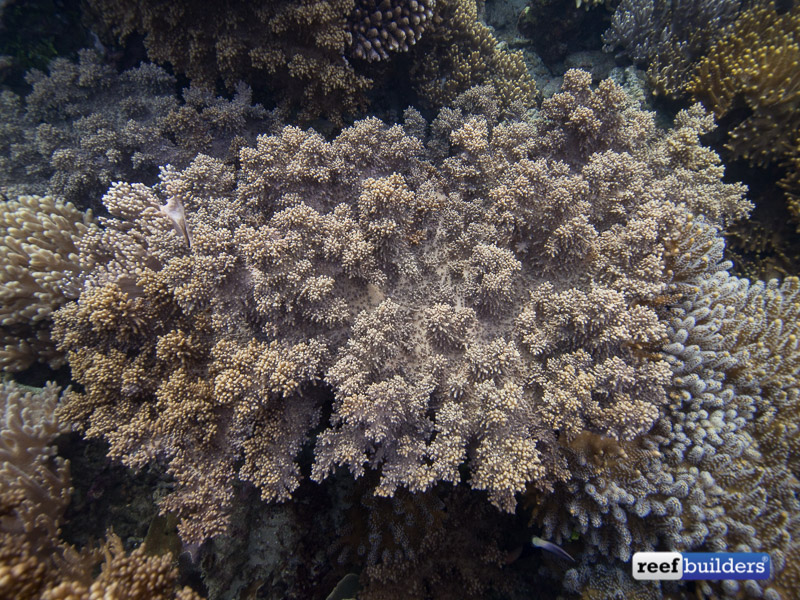 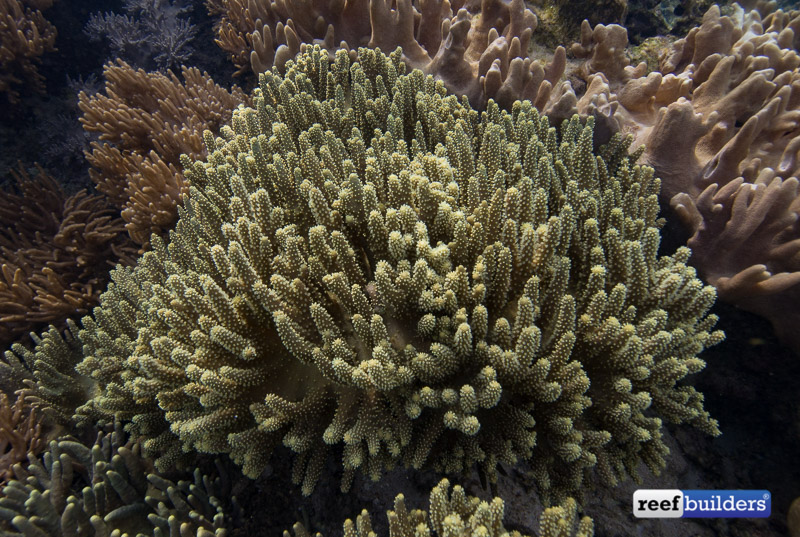