Can Corals Adapt To Warmer Oceans? This Scientist Is On A Mission To Find The Answer

Katherine Dziedzic, a PhD student from Oregon State University (OSU), is looking at how corals can adapt to climate change. To understand how corals adapt to warmer ocean temperatures, she is looking at the DNA and RNA of different coral species to find out which, if any, are more tolerant to ocean warming.

Corals are made from a colony of tiny animals called polyps. Polyps live in a symbiotic relationship with photosynthetic marine algae. In exchange for protection within the polyps, these algae absorb sunlight and produce energy for the polyp. 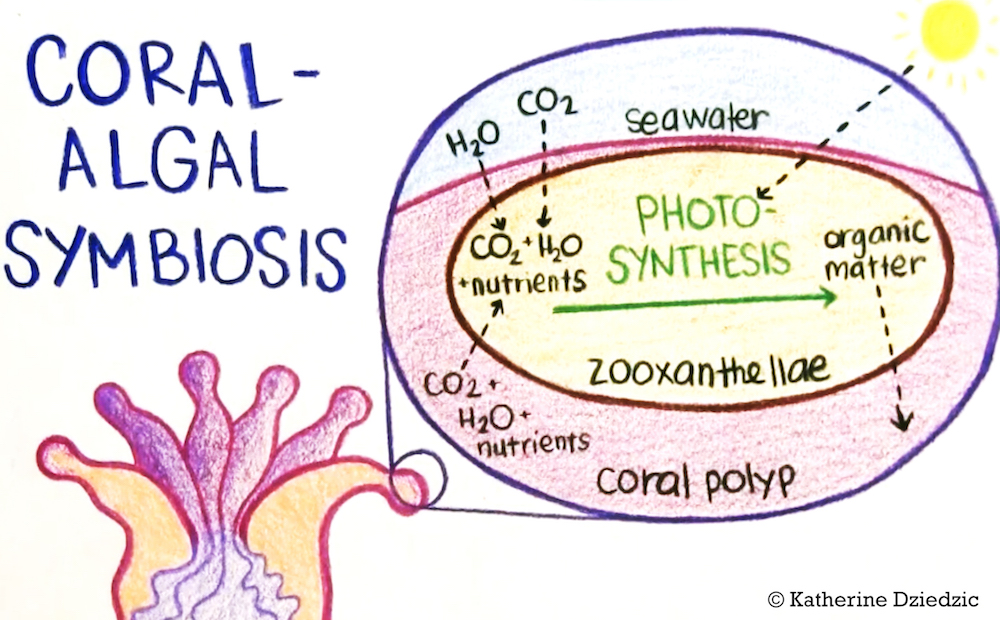 Polyps can also get energy from ingesting plankton and food particles drifting in the current, however since they are fixed in one place their energy from food consumption is limited. Coral polyps are reliant on the sunlight to survive, and without the algae they would die.

When we hear about ‘coral bleaching’ an image of a ghostly white coral comes to mind. When a coral is under stress from elevated ocean temperatures the algal symbionts start producing a toxin causing the coral to expel the algae from their tissues, leaving the coral devoid of color and on the brink of survival. 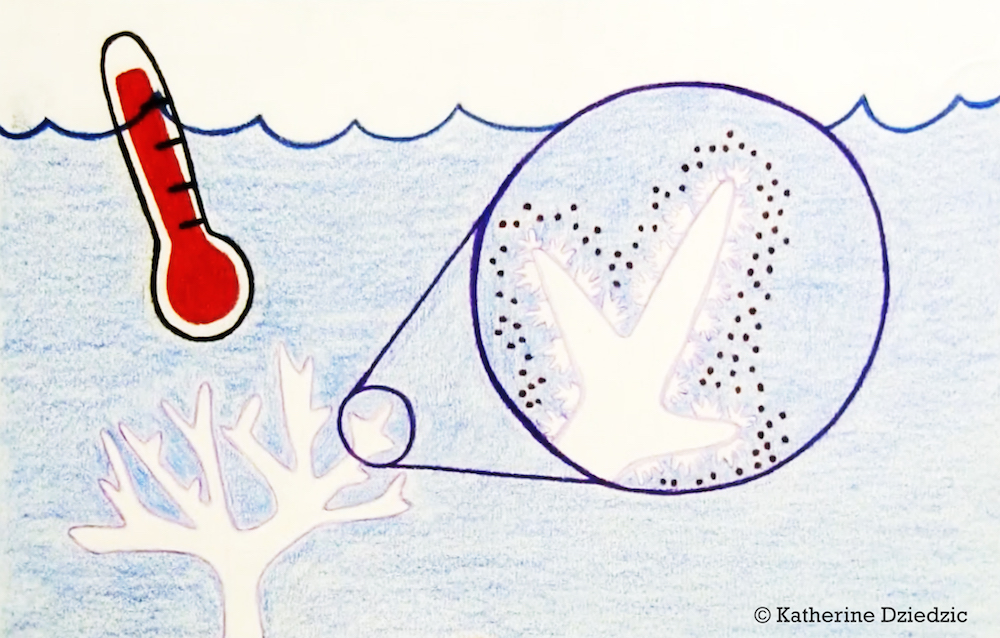 Interestingly some corals are better equipped to survive these sudden fluctuations in ocean temperatures, and individual coral colonies may be better off than their neighbors. This has to do with the genetic makeup of each coral, and the genes they express that allows them to be resilient to changing conditions.

With the increasing reality that our oceans are getting warmer, it is important we begin safeguarding coral reefs for future generations. Katherine Dziedzic is looking at nine coral species to evaluate whether genetic variation contributes to a corals’ ability to acclimate, which could feed into long-term adaptive processes. 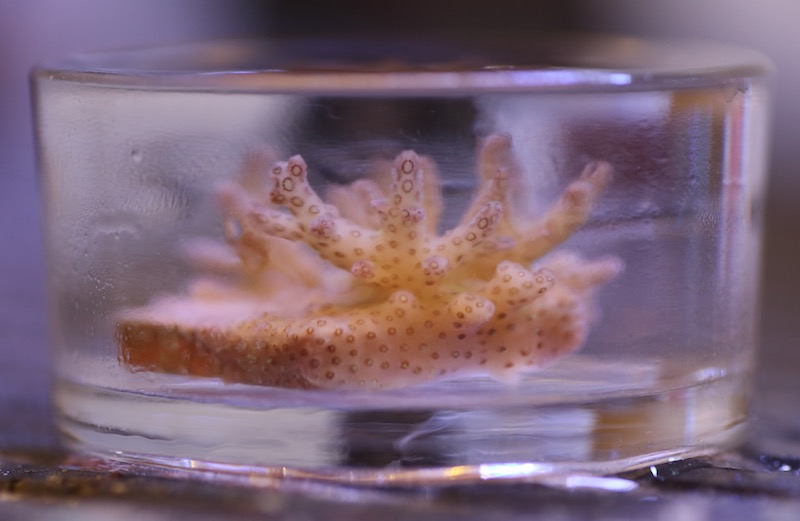 She uses an RNA-sequencing method to measure the expression of genes with response to a thermal stress. In particular, she is assessing how genes are regulated during thermal acclimation and if that gene plays a role in helping each coral species acclimate to a given temperature more effectively. In addition, she is interested in how the symbiont and the coral host are each contributing to the acclimation response.

Katherine studies live corals in her laboratory at OSU using saltwater aquariums. In various tanks, she adjusts the water temperature to a hotter than normal temperature (acclimation) before exposing them to a thermal stress. At multiple time points, she takes tissue samples to extract DNA and RNA for sequencing, allowing her to compare each coral host and symbiont for acclimation differences.

Exploring the functional basis and differences in acclimation will provide more insight into potential mechanisms that may allow more thermally tolerant corals to persist into the future.

You can help support Katherin’s research by donating to her experiment page.