Researchers Capture First Glimpse of Ruby Seadragons in the Wild

The first ever video of the Ruby Seadragon, Phyllopteryx dewysea, was released yesterday. We first wrote about the new species of seadragon in 2015 when it was described from the southern coast of Western Australia. 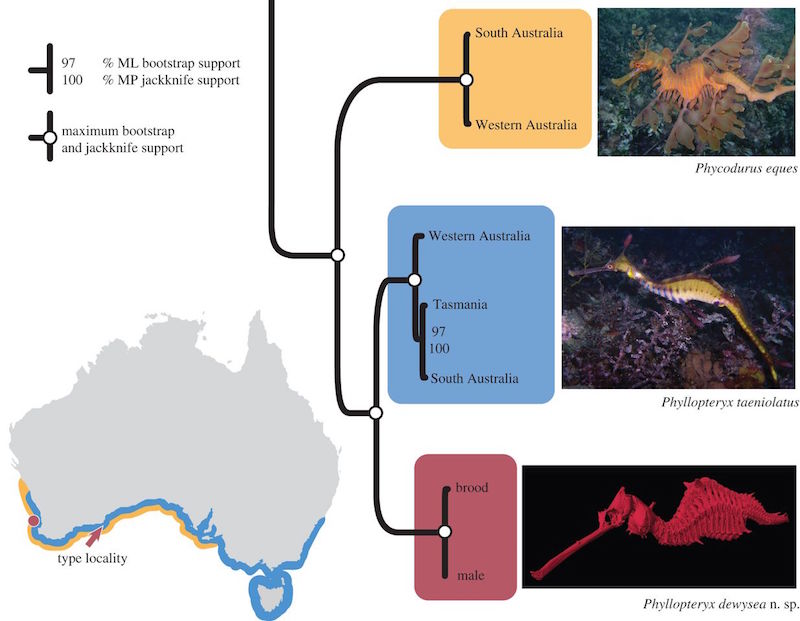 The ruby seadragon doesn’t share any of the namesake leafy and weedy appendages on its body but it does have the same body shape and elongated features including a radically long snout. Surprisingly, specimens of Phyllopteryx dewysea had already been cataloged as “common” seadragons at museums in the past but key morphological features helped to confirm these were indeed ruby seadragons.

To determine if the fish truly lacked appendages, or if the museum specimens had lost them prior to or during the collection process, the researchers needed to observe them in the wild. The team partnered with the Australia-based ROV company Total Marine Technology to help observe the new species at 51m (167 ft) deep in its natural environment.

“It was really quite an amazing moment,” said Scripps graduate student Stiller, a coauthor of the new study published in the Jan. 13 issue of the journal Marine Biodiversity Records.

Researchers were also surprised to find that the ruby seadragon had a prehensile tail, similar to that of their seahorse and pipefish relatives, but unlike other seadragons. From the new observations, the researchers suggest that ruby seadragons may use their curled tail to hold on to objects in the high-surge waters where they are found.

Whether they evolved a curly tail independently from their pipefish ancestors, or simply retained it while the other seadragons lost it, will require further study.

Researchers also found that the ruby seadragon’s habitat lacks kelp and seagrass, but instead is dominated by sponges, once considered an undesirable habitat for seadragons. These observations of the seadragon in the wild confirmed the fish’s ruby red coloration acts as camouflage in the deeper dimly lit waters where it lives. 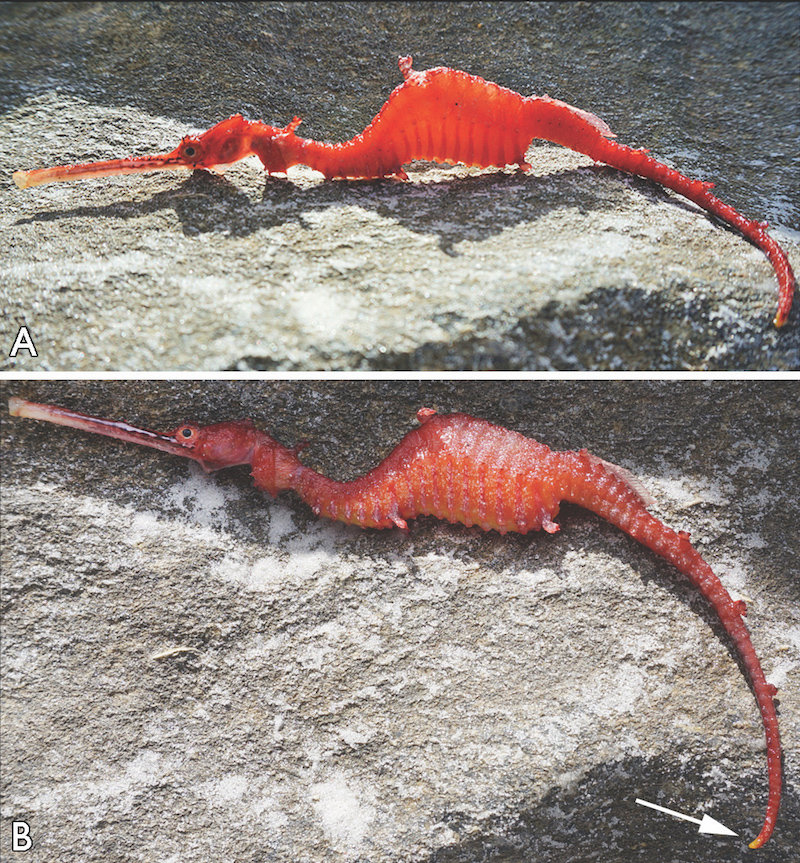 “There are so many discoveries still awaiting us in southern Australia,” said Wilson, a coauthor of the study. “Western Australia has such a diverse range of habitats, and each one is deserving of attention.”

In hopes of safeguarding the new species from overfishing, the research team recommends that the ruby seadragon be protected as soon as possible.

“Until last year, no one had ever suspected a third species of seadragon existed,” said Rouse, lead author of the study and curator of the Scripps Benthic Invertebrate Collection. “This discovery was made thanks to the great benefit of museum collections.”

AirBuddy Is A Personal Compressor For Shallow Dives