“Out of the Blue” is an interesting looking movie with a fun twist — being a virtual reality film that premiered as part of a ‘VR For Good’ event, hosted by Oculus House during Sundance Film Festival. VR is a promising technology and we are excited to see the ocean featured at this innovative event.

The film is described as “…an intimate journey exploring the rich legacy inherited by 8 year old Yerick, a child amongst a community of fishermen in Cabo Pulmo who became inadvertent conservationists when faced with the depletion of their marine resources. After an astonishing rebirth the Cabo Pulmo Marine Park has been transformed into a Hope Spot for the planet.”

Sponsored in part by the #VRFORGOOD Program designed by Oculus, one of the biggest innovators in the VR industry. The program aids in the creation of impactful stories through VR in order to bring a variety of social causes to life. “Out Of The Blue” supports Mexican NGO Pelagic Life’s efforts to raise awareness for the sustainability and protection of marine biodiversity in Mexico, considered one of the most important megadiverse countries on the planet.

“Out of the Blue” was was developed by filmmaker Sophie Ansel and voiced by renowned oceanographer Sylvia Earle. It showcases some creative and immersive (no pun intended) 360-degree techniques to pull the viewer into a “compelling and intoxicating virtual reality spaces to powerfully tell the story of one of the ocean’s best conservationist successes: the Marine Park of Cabo Pulmo.” 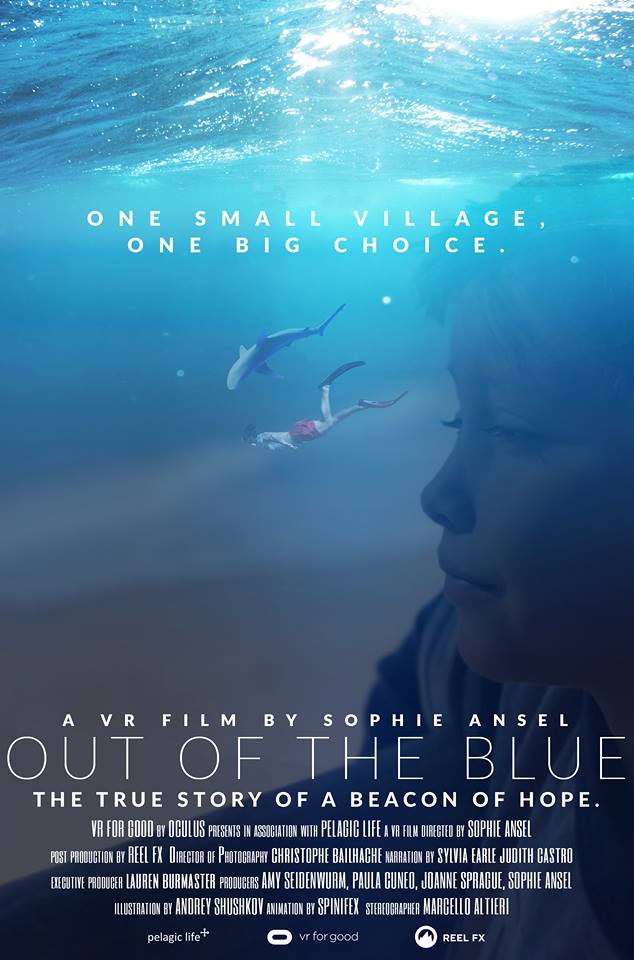 This LED Light is Powered By Seawater