Lined Gem Tang Is Truly One Of A Kind!

We’ve written so many cool stories about tangs and surgeonfish over the years – there must be a hundred articles on rare species, koi tangs, aberrations and hybrids. It’s definitely getting to the point where there’s not much we haven’t seen and analyzed -So you can imagine how hard my jaw hit the floor when High Tide Aquatics sent me a picture of a fish I’ve never seen before – a lined gem tang!

The reason this fish is so spectacular is that well, it’s a gem tang, and this species is very conservative. Gem tangs pretty much look the same no matter where they’re from, black with white spots and a light yellow tang. The scopas x gem tang hybrids we’ve seen have been the only ‘variety’ in this tang to date.

So seeing a medium sized gem tang with a strong series of lines instead of spots along its flank was a real stunning moment. We’re not talking about just a few lines either, with both sides of this amazing gem tang showing some very uncharacteristic details for the species. 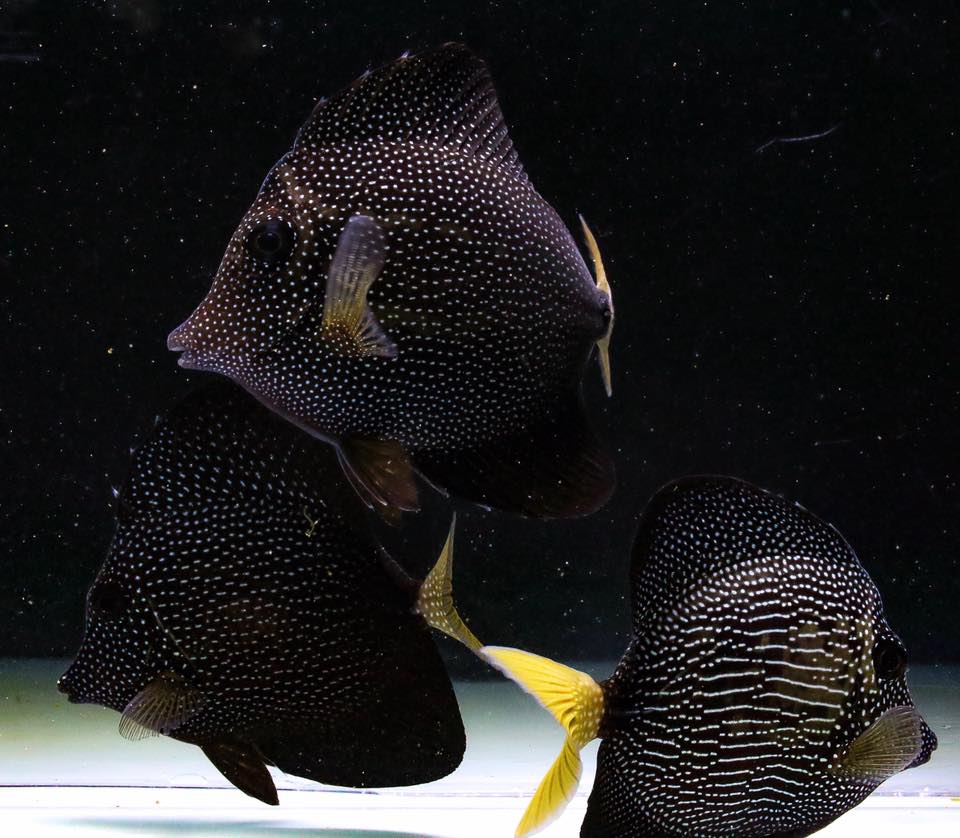 Not only are there lines on this gem tang’s flanks, but it also appears that its spots are brighter and more numerous than a typical Zebrasoma gemmatum. Also, it could be a trick of lighting or photography but we could swear that its tail appears slightly more vivid yellow as well.

See also  First Ever Tosanoides flavofasciatus for Sale in the U.S.

My only ‘theory’ about the origin of this fish is that maybe this fish has some Desjardin sailfin tang genetics in its pedigree. It definitely wouldn’t be a direct cross, but perhaps one of its parents was a Z. gemmatum x Z. desjardini hybrid – cool to think about, but virtually impossible to confirm.

I’ve actually often wondered if there are sailfin x gem tang crosses out in the ocean which have yet to turn up. Whatever the origin of this lined gem tang, High Tide Aquatics (now known as Marine Collectors) certainly has a unique fish on their hands and we’ll definitely be scrutinizing future gem tang shipments for signs of this variation. 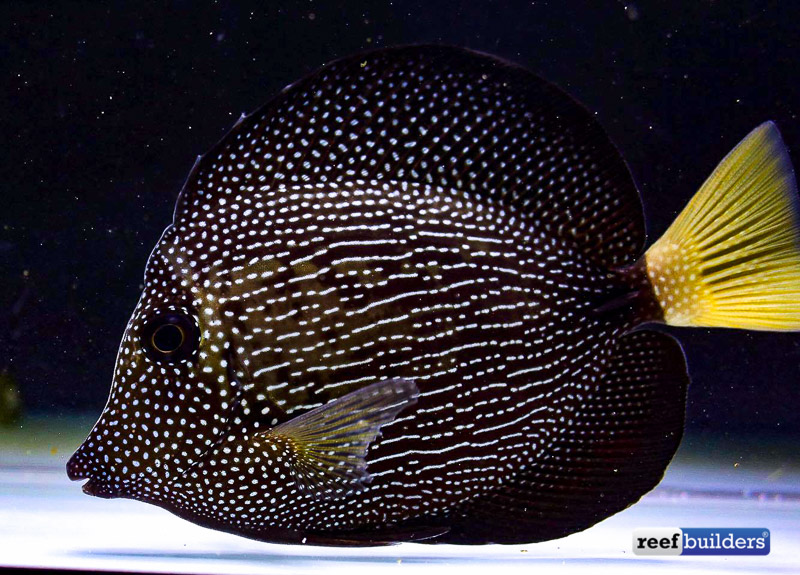