Last months after heavy rains in Australia, tiny shield shrimps (Triops australiensis) started hatching after years of lying dormant in the middle of the desert. The shrimps are adapted to desert conditions and their eggs can remain dry and dormant for years until significant rainfall triggers a population explosion.

Parks and Wildlife follower Nick Morgan sent in these photos of a mysterious bug he encountered near Alice Springs. It’s a type of crustacean known as a Shield Shrimp, and there is one species in Australia, Triops australiensis. 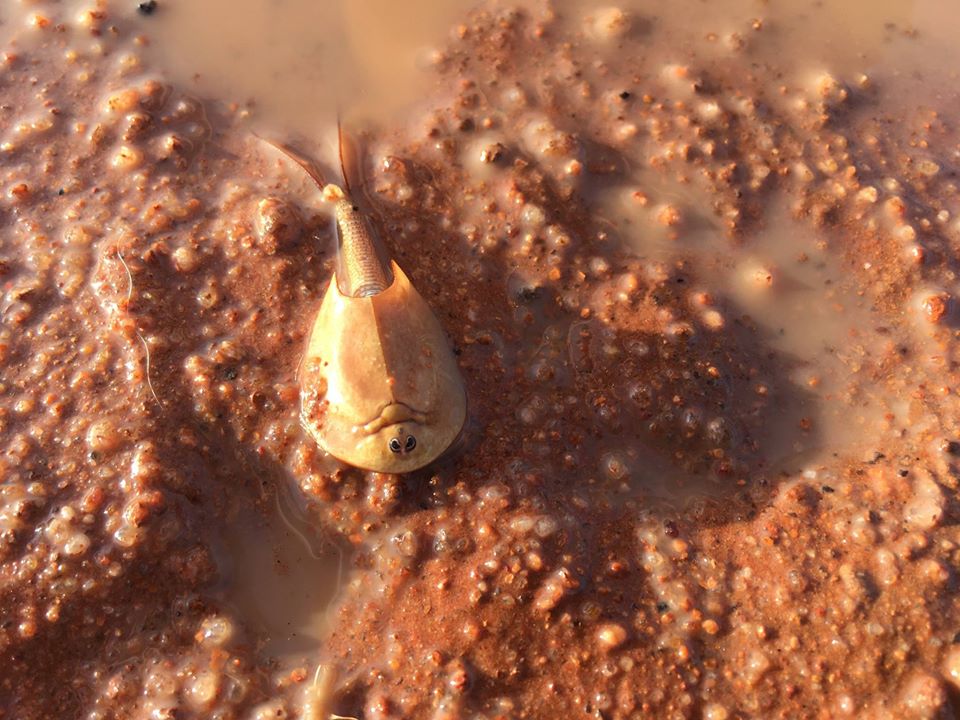 The shield shrimp belongs to a group of crustaceans called “branchiopods”, which literally means that they possess “gill feet”: leaf-like, lobed feet, each bearing a gill plate to enable them to breathe.

Females carry their eggs under the body but otherwise the sexes are alike. The eggs are highly resistant to drying out, and they can survive up to 7 years in the desert clay before hatching.

A remnant of prehistoric times, on mainland Australia there is only one type of shield shrimp (Triops australiensis) and it is commonly found across the middle section of the country.

Sheild shrimps eggs are similar to brine shrimp, in that they can be brought back to life from a dried egg.

Expert Michael Barritt told ABC Radio Darwin. “These are eggs that can dry out and get blown by the wind. They deal with all the kinds of extreme temperatures that inland Australia gets, including high temperatures and low temperatures at night in wintertime.”

When the shrimp hatch they go crazy feeding as much as they can on micro-organisms and bacteria in the water. Their sole focus is to have their eggs back in the drying surface before the water is gone. [ABC News] 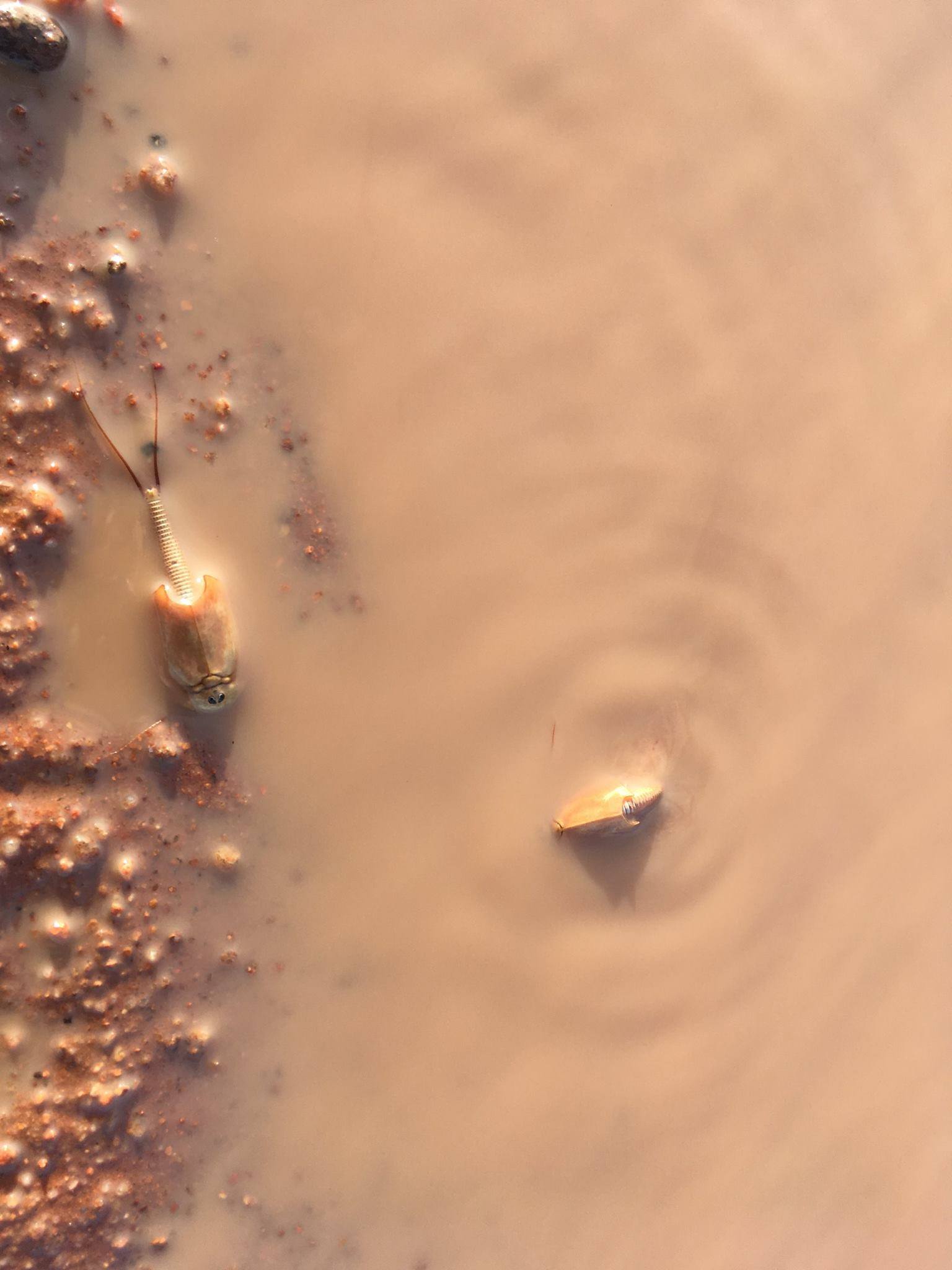