So we’ve been learning about the new GrassyLedio RX122 bit by bit – at first it seemed like just a larger version of the new RX072 spotlights, then we learned that the light would have some kind of wireless control. Now we know specifically how Volx Japan has connected their new RX122 Spotlights, with a Micro-USB port for the included bluetooth dongle. 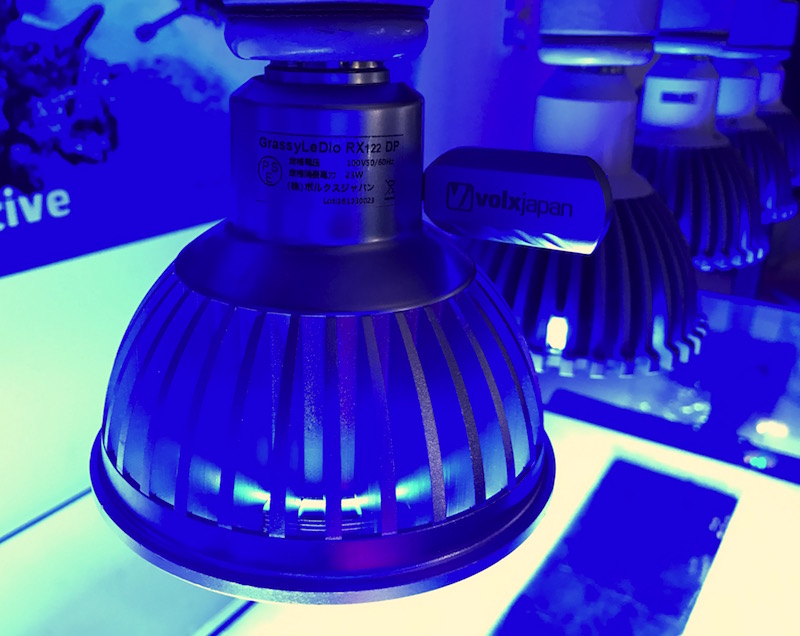 The single female micro USB port was there, staring at us in a previous photograph but without context it was hard to recognize it as such 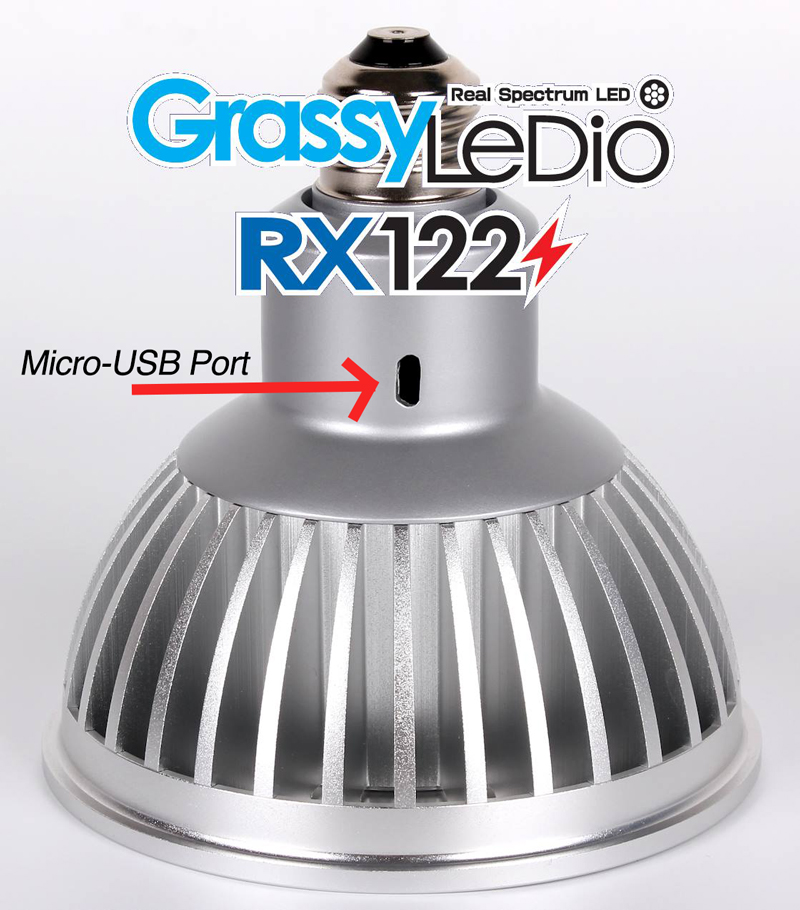 . With this new port the new Grassy Ledio RX122 can be connected to the Bluetooth dongle and controller wirelessly with the new G Ledio app for iOS and Android.

Each RX122 LED spotlight is still only one channel of color control but the G-Ledio app can control up to eight separate bluetooth channels. But now the idea is that instead of controlling different color channels, you can use a multitude of differently colored LED spotlights.

Each individual spotlight functions as a combined channel of both localized brightness and the amount of color that spotlight contributes to the overall look of the tank. This is a radically different approach to lighting control of a reef tank but hey, we wouldn’t expect anything less of the Japanese reefing culture.

This different approach definitely opens up possibilities currently unavailable with our suite of LED lights, not better or worse, just different. Of course, we’ll have to see how it works out in practice to have to connect to eight different bluetooth devices. Each Grassy Ledio RX122 costs ¥17,000 or around $150 which includes the bluetooth dongle and seems like a pretty good value considering it now comes with wireless control. [Volx Japan] 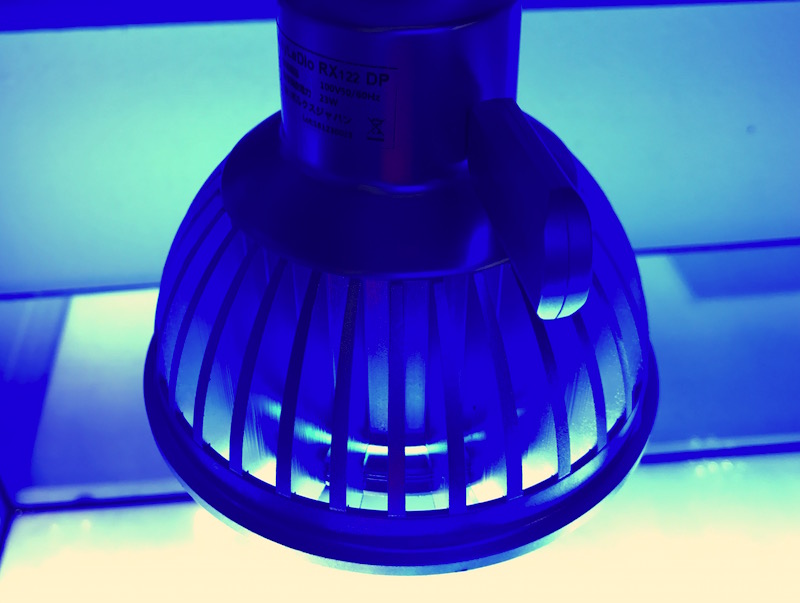