Aquarium Automation: The Theiling Rollermat and Other Web-Filtering Technologies

For the longest time, I have been trying to lengthen the maintenance interval for the filter socks on my 450-gallon system, which currently clog every two days. I tried eliminating filter socks completely for a period of time, but the sump got extremely messy and turned into a nitrate bank. The next option was to try 200-micron-mesh socks, which did help extend the replacement period, but they did not polish the water as well and eventually still clogged over a period of time.

Following my mantra to automate my system as much as possible, I looked into the Theiling Rollermat. It works by collecting overflow water that is gravity fed into the chamber and forcing it through the fleece to exit the sump, which is located in the center of the rolling web cage. After reviewing the specifications and checking the experiences of others who adopted it a year earlier, I believed this was the next step.

The Theiling Rollermat initially comes with a shorter roll than the normal replacement 6” wide x 147’ long filter fleece roll. A bulkhead adapter kit will also need to be purchased to convert the metric bulkheads to match the SAE PVC tube sizes. The Theiling Rollermat can handle an input flow rate of ~ 700 gph, and the output is just gravity fed back into my main sump. The only electrical parts were a float switch attached to a small geared motor, which spools incrementally the dirty web as the web clogs and raises the water level.

With a 450-gallon system, and many large tangs and rabbitfishes contributing to the detritus buildup, this device sounded like the answer to my problem. Unfortunately the cost was still a barrier at ~ $400 per unit. Fortunately, during a recent Black Friday sale, I was able to justify the investment at the lower cost of entry.

Installing the system would be easier if it were being designed into a new system. The downside to adding this to an existing system is space. The optimal position may not be available near the sump, and re-plumbing the system is not always straightforward with the location available. Tuning the water flow to fill and drain after a power outage will also take a few trials, depending on the unit placement, the type of overflow, and how you plumbed it.

After four months of running, I can say it was worth every penny, especially during my last two business trips. Each full replacement roll lasted ~ two months. Washing and reusing the dirty web is doable but may not be worth the hassle of unwinding, hosing off, washing, and rewinding 147 feet of web. It took a lot of time and effort, and the web may be degraded a little after running it through the washing machine.

I have tried to look for lower-cost fleece alternatives online (like coolant filter paper) but have not found any that were comparable or easily available for order without placing custom orders. The only other maintenance that may need to be done is just siphoning any detritus that ay not have been drawn into the web and settled on the bottom of the Rollermat cavity.

In summary, I think this was a great addition to my system, but I can definitely see it is not needed for everyone or every system. If you are always home and able to perform the required filter sock changes, then this is not worth the cost. Much will depend on the value of your time and how much you depend on others while away. As more competitive web-filtering products appear on the market, hopefully the prices will drop and they will be more readily adopted and standardized since these greatly reduce the workload of maintaining large aquariums.

It definitely kept the system water quality more stable by keeping the detritus out of the water, made the hobby more enjoyable by reducing my stress, and, most important of all, made my wife’s life easier when I was away. 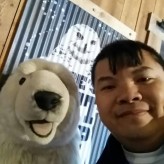 Ellery is a mechanical systems engineer at a Fortune 500 technology company. He has automation experience in the automotive, appliance, printing and robotics industries as a product development professional but also has over 25 years of saltwater aquarium experience as a hobbyist. He currently maintains a 6 tank / 500 gallon SPS/LPS system.