After a few weeks away, we’re back with another edition of the Friday Smorgasbord — your weekly collection of interesting stories that have popped onto our radar. This week we have some great video of an undersea battle royale, a strange goldfish contraption, stunning wooden fish and more.

Octopus vs. Crab vs. Whiskers

This video captured a red octopus chasing a swimmer crab. Its a back and forth game of octopus and crab until… an unexpected visitor joins the battle. Filmed by divers off the coast of Monterey, California, “Whiskers” the harbor seal is well known to divers in the area.

A Wheelchair for a goldfish?

This approach isn’t something totally new, but is the first time many of us have seen something like this. A fish store employee in San Antonio, Texas, has fashioned a floating mechanism for a goldfish with swim bladder issue to help it swim. Fashioned from spare parts like airline tubing, zip ties and Styrofoam, the wheelchair gives the fish enough buoyancy to move itself around the aquarium. 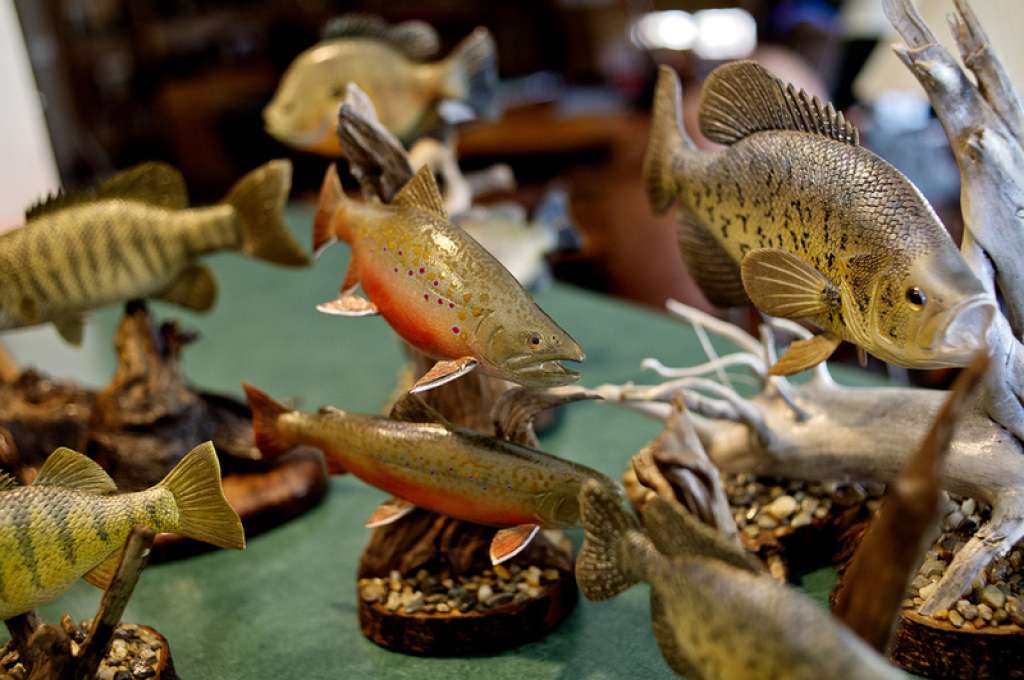 These may look real, but guess what — they’re made of wood. Hand carved by Michigan resident Jack Harper of Wood to Wildlife Studio, has been carving realistic-looking creations inspired by fish he has personally caught as well as area fish that simply catch his eye. He sculpts a diverse array of species, currently freshwater varieties that are native to Michigan. Every so often he tries new breeds in order to expand his skills. Maybe we can get him to carve a Peppermint Angelfish

Poppy a 65 pound loggerhead sea turtle was recently released back to the wild at Juno beach in Palm Beach, Florida. Poppy was found last October in pretty rough shape. Found floating near Hutchinson Island he was covered in barnacles and leeches. Initial blood work showed anemia, hypoglycemia and overall poor health due to starvation. The team at the Loggerhead Marinelife Center brought him back and it was now time to let him go.

Alligators and golf are almost synonymous in Florida, but this video takes it to a new level as one gator takes strolls across a golf course to show off the huge fish it just caught.