If you’ve ever been scuba diving in Thailand, chances are you’ve heard of Koh Tao. This tiny island in the Gulf of Thailand is tailored for scuba divers, and pumps out thousands and thousands of certified divers every year.
Coral reefs around the island have to contend with all of these new divers, as well as ecological threats from climate change. 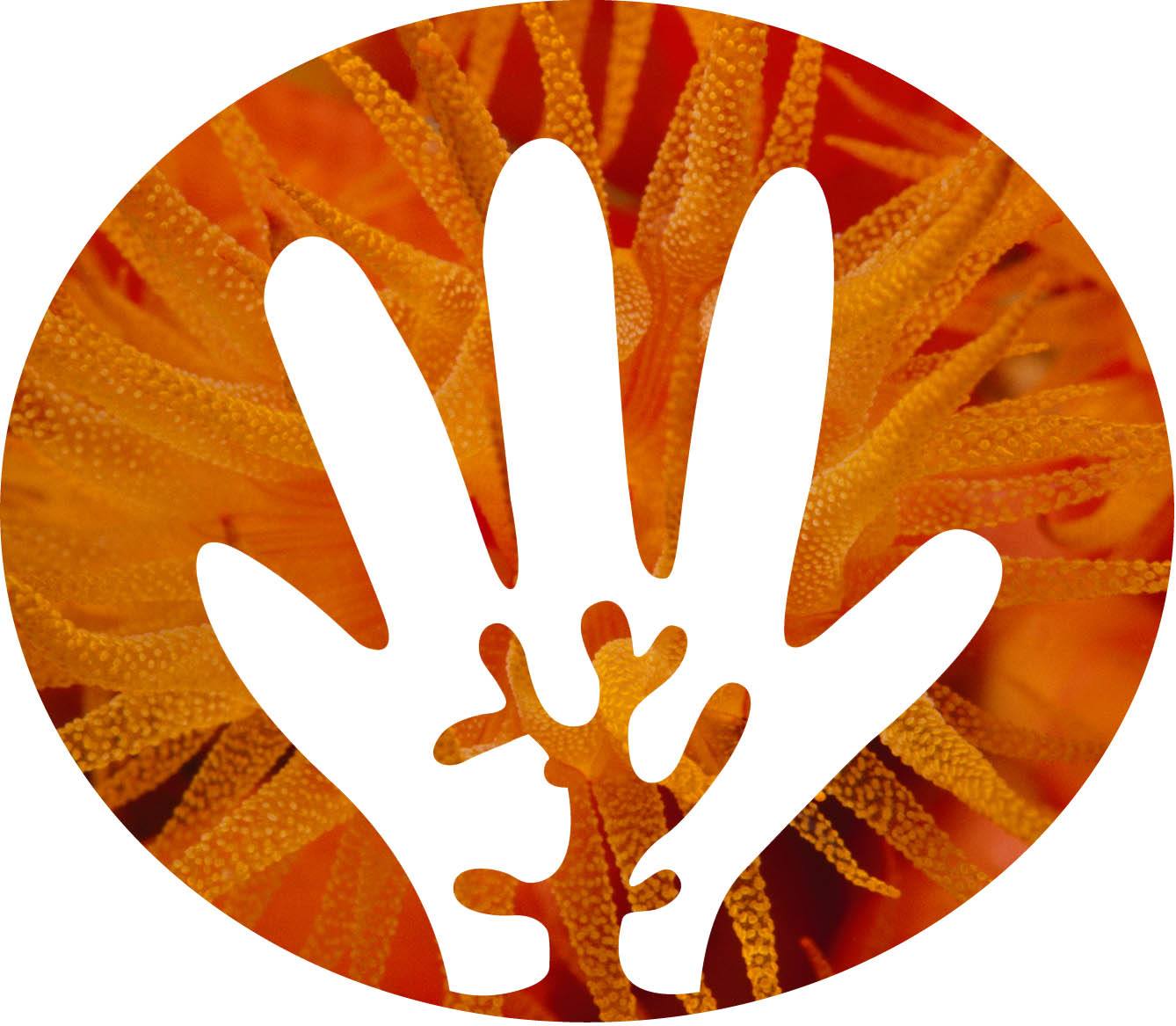 Coral fragments can easily break from an errant fin kick as new divers struggling to control their buoyancy, and coral reefs around the island need all the help they can get.
Frank van Klaveren and Vera Aarden founded CoralGardening from their love of coral reefs and passion for preserving marine ecosystems. They discovered their shared passion for the ocean while working together on marine conservation projects in Thailand and the Philippines.
In 2008 they monitored a bay in which 80% of the hard coral had decreased to 30% due to erosion from land. Next to a lot of work from the local community to prevent further erosion they built the first artificial reef structure in that bay in order to attract marine life. The corals transplanted on the Fish Nursery survived the severe 2010 bleaching (april-october) and it hosted over 100 species of fish within 3 years.

In Koh Tao, the CoralGardening team uses two methods for regrowing corals. The first method is by collecting corals of opportunity. These are small coral fragments which are found loose on the sea floor, and would have little to no chance of survival if not collected and replanted.
The second method is carried out by their local partner and local coral experts from the New Heaven Reef Conservation Program. By collecting coral sperm and eggs that are spawned into the bay, they are then able to raise the coral larvae in a controlled environment until they are big enough to be transplanted onto the reef. This method requires lots of patience as new coral larvae can take over a year until they are large enough to content for space in the wild.
In 2010 they had successfully collected and raised coral larvae, but due to the severe bleaching event none of these recruits survived. In 2014 earlier raised recruit were transplanted back on the reef.

The coral fragments, harvested or captive raised, are planted on modular flower structures. The flower have multiple leaves which can be attached to the flowers base. The flowers are handcrafted on land, in cooperation with local communities, dive schools and tourists, using steel rebar, chicken wire, and concrete.
The system is designed to be modular which comes in handy when transporting and installing the structures in the sea. The leaves are covered in a rough cement and given grooves to represent the veins running through the leaves. 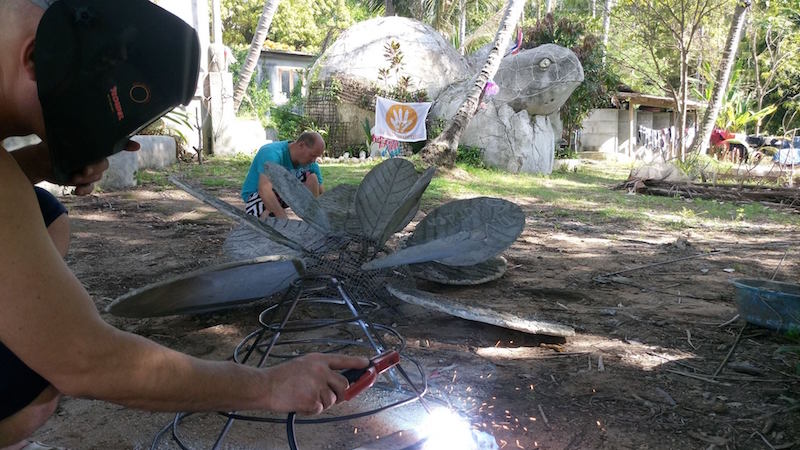 These grooves are not only aesthetic but provide the ideal habitat for coral larvae to settle and become established. Larvae prefer white and pink colors of a healthy reef and will tend to settle in grooves or crevices for a better chance at survival.
To prevent the frames from rusting a low voltage current is run through the structures. This method not only keeps the rust at bay but also encourages dissolved minerals to crystallize and calcium carbonate to build up on the frame. This method of electrolytic mineral accretion creates a favorable environment where coral larvae can more easily settle.
The design of the structures is created for the purpose to build a new reef which attracts marine life, for transplanting corals and has room for divers to be educated and improve their buoyancy skills. The design of flowers and hands making “wai” is a gesture in accordance with Thai culture. It represents Koh Tao community’s respect to nature.

If you would like to learn more about CoralGardening you can visit their website. You can also donate to their project here.