As you may have noticed in the last couple of weeks, we’ve been touring the east coast of Australia with stops at many notable aquarium businesses. In addition to seeing a ton of great reef stores in Sydney and Brisbane, we couldn’t not stop by the one and only Cairns Marine.

This purveyor of exotic reef animals from the Great Barrier Reef and the Coral Sea has been known to turn up in the annals of Reef Builders a time or two. It was no surprise that we could expect to encounter some fantastic, sustainably collected sea life at this bleeding edge facility but one of these animals was a little bit more special than the rest. 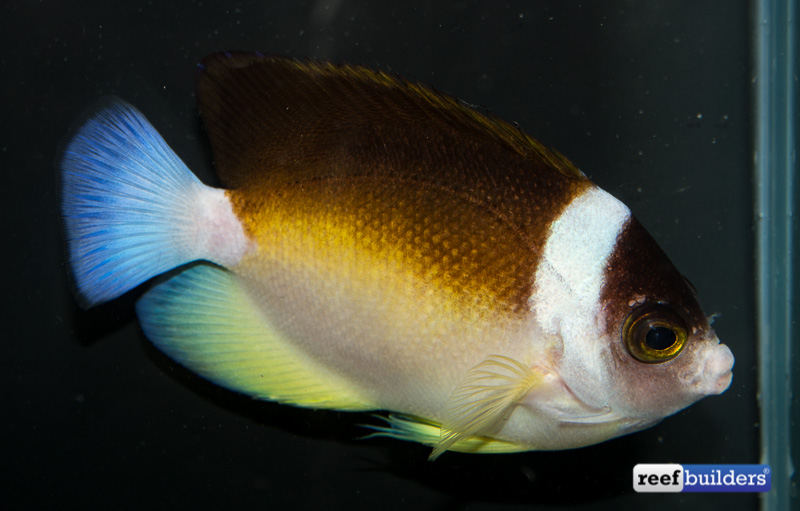 Not to discount how awesome perfectly healthy harlequin tusks or lineatus fairy wrasses are, but the mythical angelfish from the deep definitely managed to pull at our fish-loving heartstrings. We’re talking of course of the one and only Centropyge abei, a fish that until a couple years ago was only known from a scant few sightings around the world.

But recent years has seen Cairns Marine developing deep diving protocols which has landed them some really cool, deep water reef fish, with Centropyge abei among them. Until Cairns pulled up this species from the deep, the only place in the world one might hope to see a live Abe’s angelfish was at the Waikiki Aquarium in Hawaii, but not anymore. 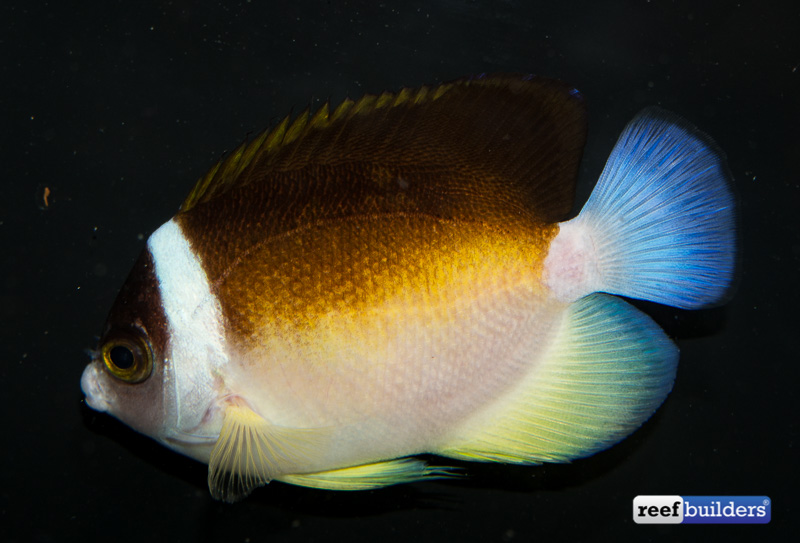 This fantastic specimen of Centropyge abei has been under the care of Cairns Marine for nearly a year, no doubt due to its extremely high ‘value’, and unquestionable rarity. We never thought we’d be so moved to see this fish in person, but we didn’t have to fight the crowds at a public aquarium just to catch a glimpse.

Instead we got to spend some quality time with this fascinating Centropyge, photographing and filming this exceptional specimen in all its glorious detail. While we work on a full feature on this and many other jaw-dropping reef life from Cairns Marine, we just had to put together a teaser of the first Centropyge abei we’ve ever seen . . . intimately.

Stay tuned for much more great coverage and reports from our tours of Australia’s best Aquarium sightings, and definitely be sure to subscribe to the YouTube channel where we’re loading up full-on videos at a furious pace.

We were blessed by the appearance of the holiest of #angelfish #HolyGrails, the one and only #Centropyge abei. This mythical creature was discovered at unfathomable depths in the #CoralSea and we are honored to have seen such and incredible #fish.

Cali Tort Spawned In Captivity, In Canada Of All Places!

Reef Interest NannoFlakes a great option for your herbivores