The Coral Reef In Tela Honduras Has Me On Cloud Nine

We’ve just got back from two AMAZING dives in Tela Honduras, and all we could think about was sharing the news with Reef Builders! For the past few months, we’ve been planning this trip in anticipation of finding a time capsule of how Caribbean reefs should be. But what we saw today completely blew my mind.

We started the dive at 40 feet (12m) and the moment I set eyes on the reef, my heart skipped a beat. What followed was 70 minutes of pure bliss. When I remembered to check my air (40 minutes into the dive) I had over a half tank left, so yes, you can say this reef left me breathless, as I had to remind myself to breathe! 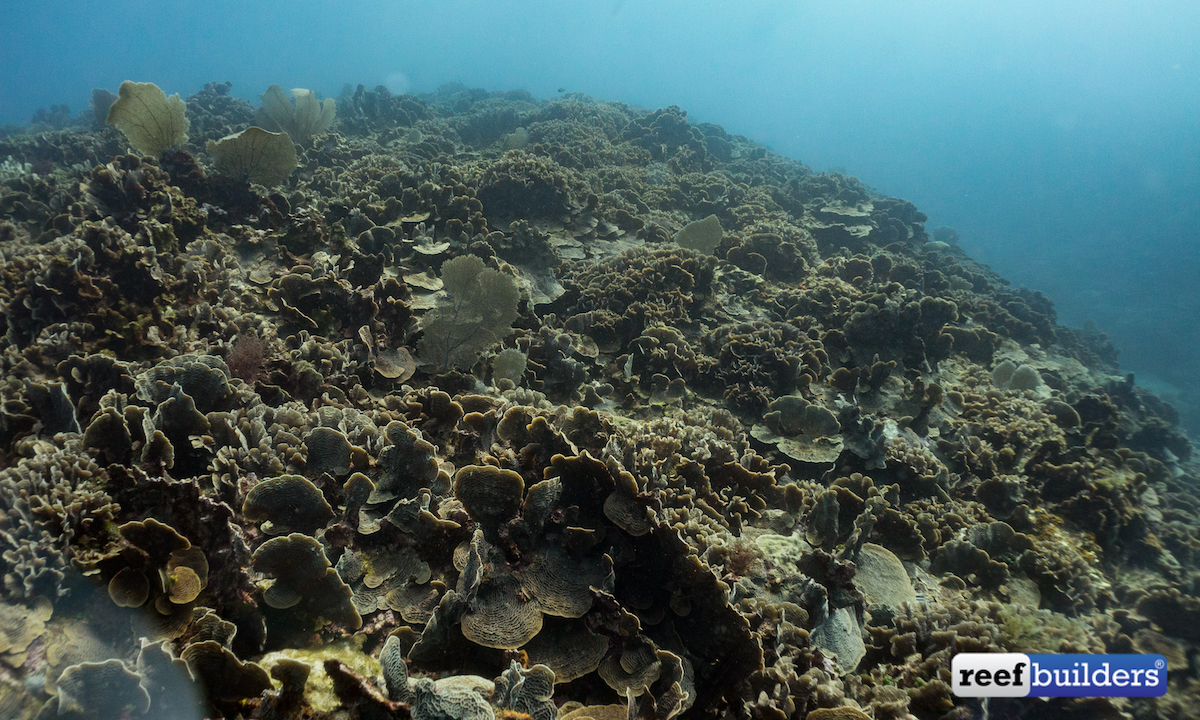 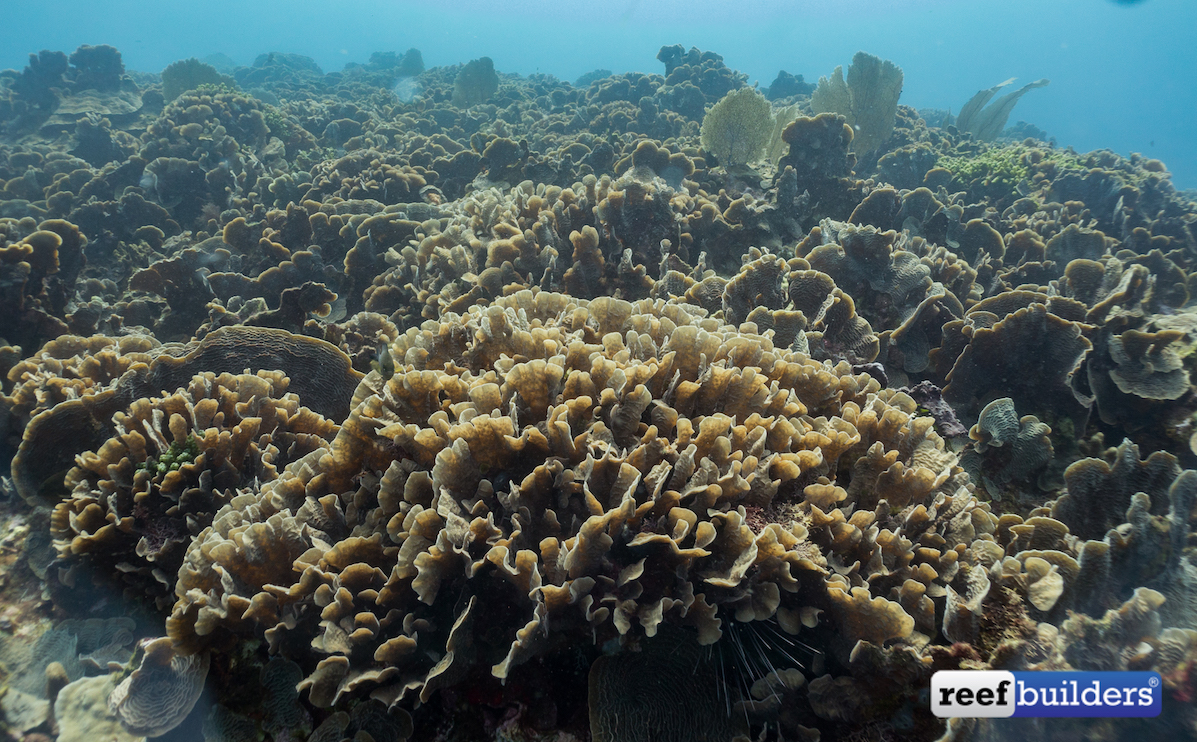 The reef is covered in Agaricia/Undaria tenuifolia, and by covered I mean corals are constantly growing around each other, around the base of gorgonians, and overtaking other species. Even tucked below the miles upon miles of leafy tenuifolia are smaller Helioceris, and Porites colonies fighting for space on the reef.

The tenuifolia colonies cover the top of the ridges and as you dive between them, the walls are dotted with Mycetophyllia in every color combination imaginable. It’s safe to say I will be living on cloud nine for the next few days. 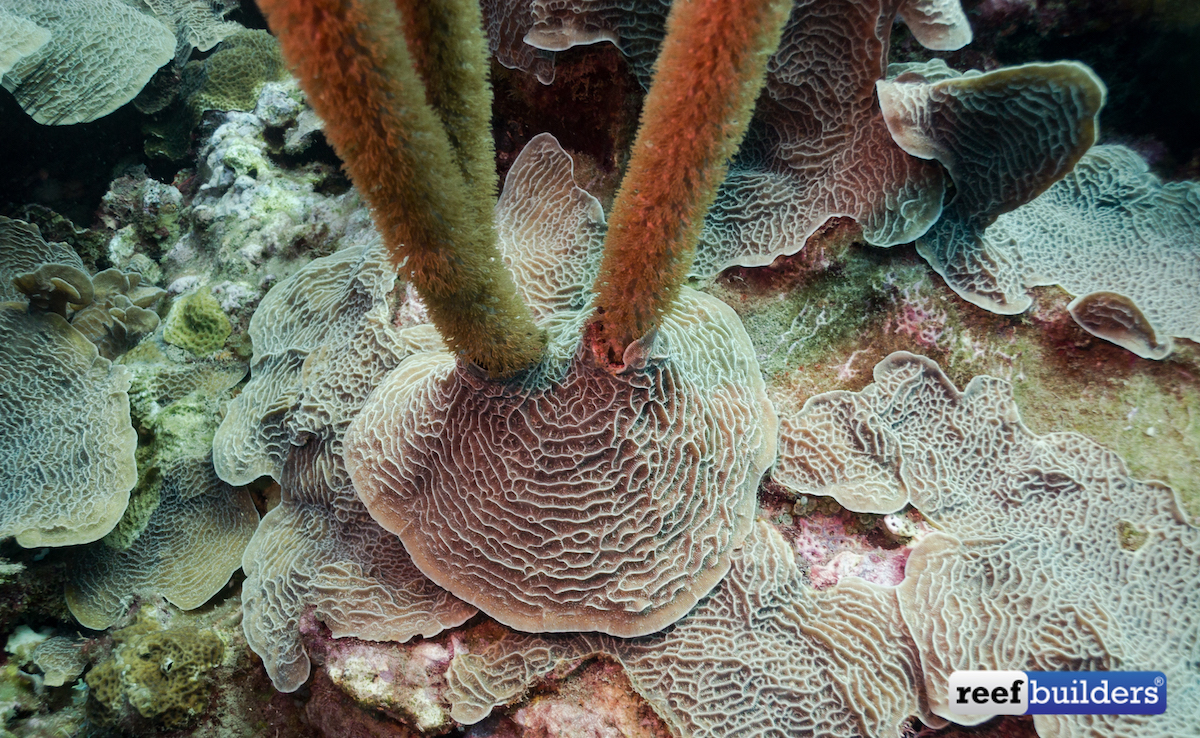 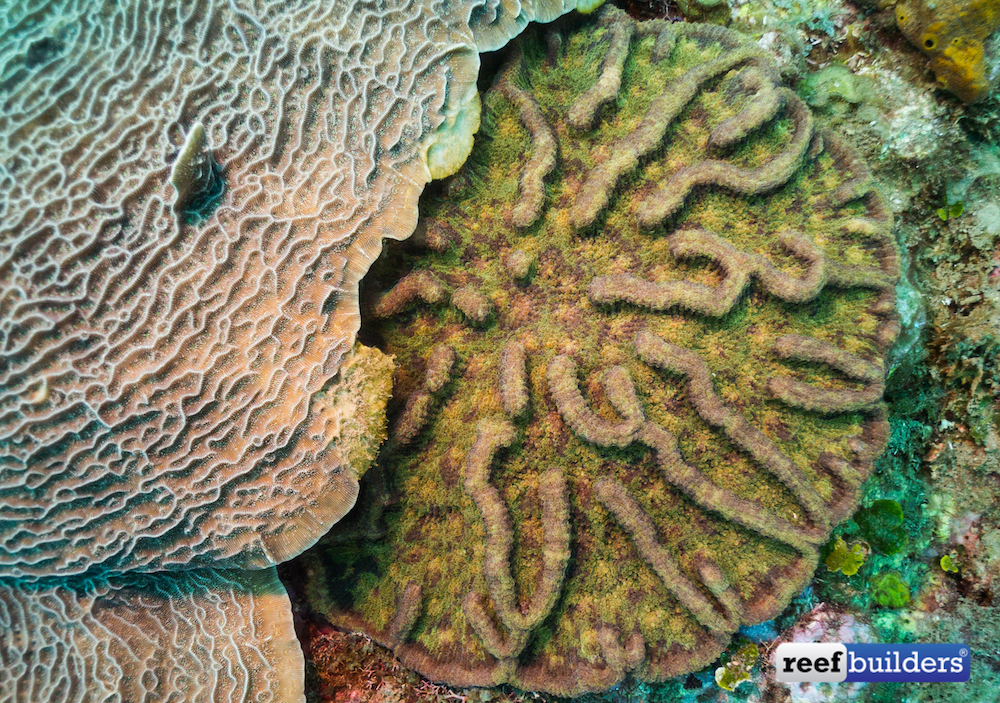 After completing these two dives, we headed over to Punta Sal, the point of land at the end of Tela Bay purely for the icing on the cake. Around 20 feet from shore in 10 feet of water was the biggest field of Elkhorn, perhaps in the whole Caribbean. And I’m not exaggerating. In a survey from 2011, over 1200, colonies of Elkhorn were counted along this coast. As we rode away, we also spotted a pod of 12 dolphins and a howler monkey, but by this point, my bliss meter was through the roof.

Tela breaks all the rules when it comes to Caribbean corals, but in the best way possible. In comparison, the average coral coverage in the Caribean is around 17%, Tela clocks in over 70% and that doesn’t account for the multiple layers of coral on the reef. We will be taking lots of pictures and videos over the next few days, and this sneak peak article is only the tip of the frag plug when it comes to incredible stories from Tela!