Octopus Aquaculture A tour Of The Kanaloa Octopus Farm

When we were invited to take a tour of the Kanaloa Octopus Farm with the Kona Underwater Group in Hawaii, we were very excited to see what the Farm was doing with its research into such an enigmatic and mysterious animal. The Kanaloa Octopus Farm is a one-of-a-kind aquaculture, research facility working with the Hawaiian Day Octopus (Octopus cyanea) for potential use in food production and the aquarium trade.  The Farm is located in Hawaii’s Natural Energy Lab on the Kona coast of Hawaii.

We met with Jake Conroy, the company’s founder to learn more about the octopus he keeps at his distinctive facility. The Kanaloa Octopus Farm is part of a partnership that grants easy access to the warm surface waters of Hawaii and the deep colder water, that is pumped up by the Natural Energy Lab from pipes installed deep off the coast. 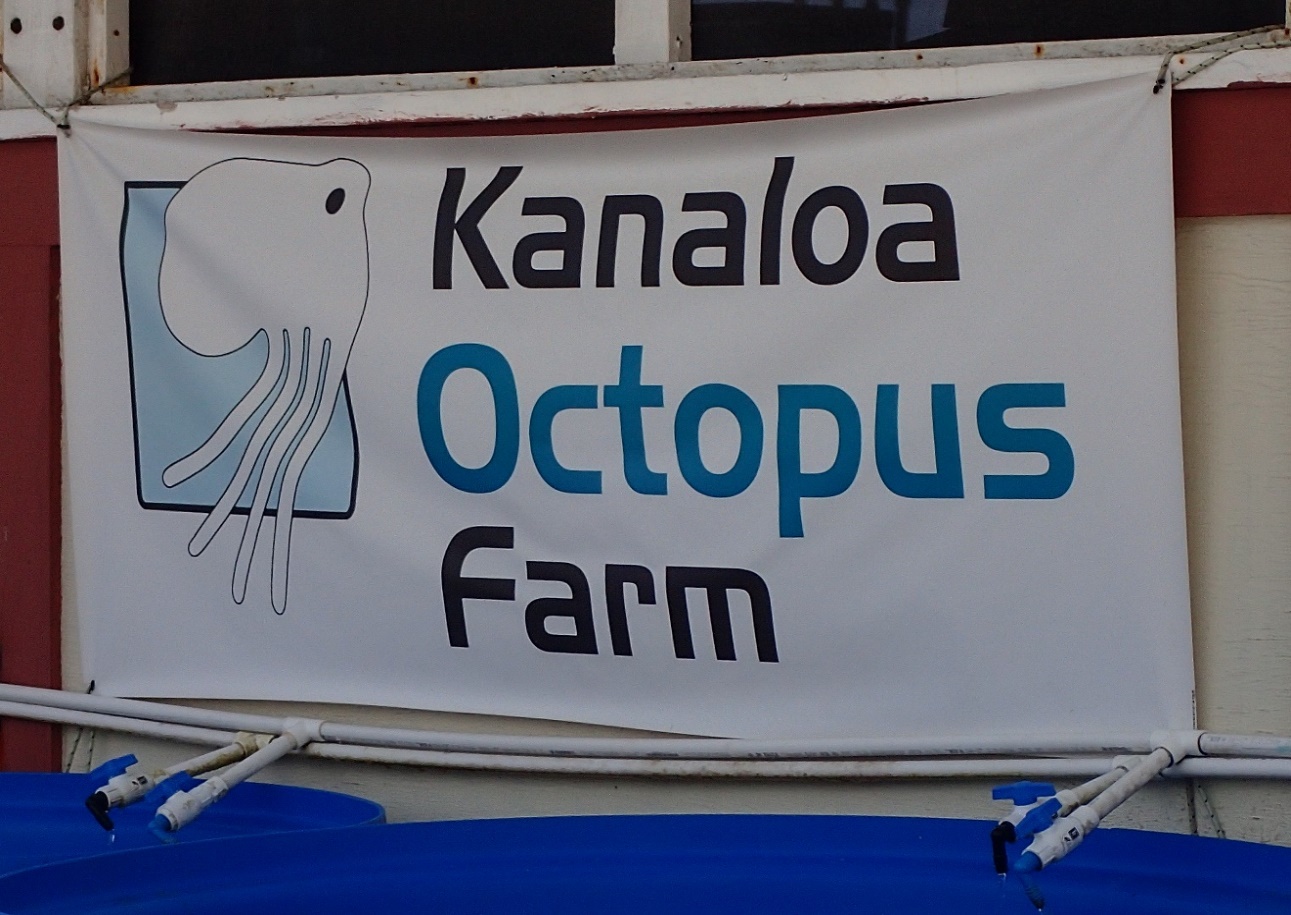 Octopus cyanea lives intertidally to depths of 200 feet, they generally make their dens in the substrate. They prefer coral rubble, which consists of loose rocks and broken, dead coral, but dens are also found in live coral and sand.

Conroy explains the relatively short lifecycle of these octopus, only around a year and a half in duration. This diurnal species of octopus is normally a solitary animal until it comes time to mate.

The generally smaller male octopus, uses his specialized tentacle called the hectocotylus to transfer sperm to the female. Once successful at breeding, the male will leave, as this is his only contribution to the next generation.

The female octopus then has a couple of options, she can save the sperm and fertilize at a later point, or she can fertilize immediately. Octopus cyanea is a highly productive species, with females laying between 100,000 to 400,000 eggs. 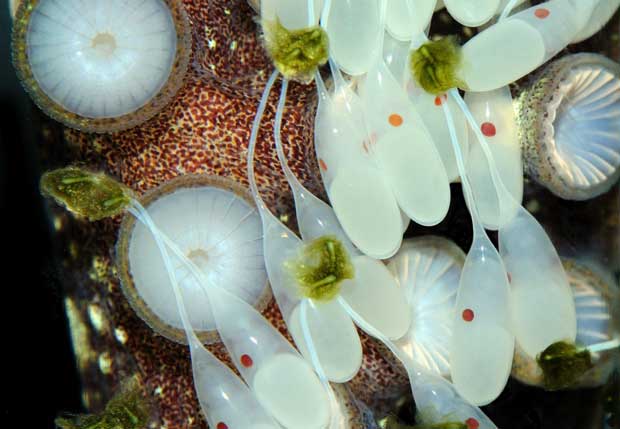 Unlike the male octopus, the female will go on to tend to her eggs.  She jets water over the egg mass with her syphon and cleans the eggs gently with her tentacles.

She will not eat during this time and she is slowly dying. However, she uses her last bit of energy to care for and protect her future offspring.

Conroy further describes that the hatching young paralarvae are tiny, at only 2mm in overall length. The baby octopus require copious amounts of food, Conroy and his team provide this nutrition through zooplankton cultures.

The small octopus eat, grow, and do well on their planktonic diet from day 1 until day 10. That leads us to the point of Kanaloa Octopus Farm’s research, the next transitional food; defining what it is, where it can be attained from and possibly culturing it, and using it to feed to the young cephalopod’s.

Cracking the code on this beginning phase of the octopus’ lifecycle, from day 10 until day 30 post hatch, would be a huge accomplishment in what Conroy aims to achieve. These secrets that the octopus are still closely guarding, could eventually be used in food production and even the aquarium industry.

Many of us may not think of the octopus as a food necessarily, but there are plenty of cultures that do, and the market demand has gone up year after year. When successful, the aquaculture of this and other species will help conservation efforts by lowering the staggering fishing pressure on these animals in the wild.

Octopus are one of the most interesting and intelligent invertebrates with their thought-provoking color changes that are provided through the chromatophores within their skin tissues.  Considering this tropical species only requires a 300-gallon aquarium, it could make a great potentially sustainable option for the cephalopod minded aquarist in the future.

The break throughs in marine fish breeding this year have been astounding, and time has come for these invertebrates to put on a show of their own. We appreciate the knowledge Jake Conroy of the Kanaloa Octopus Farm shared with us on our tour, and we look forward to hearing about his progress in the future.

Review Of A Small Controllable Return Pump: The Waveline DC 2500