The JBJ 28 gallon Nanocube wifi edition is a natural progression of the modern world we live in – where everything does more, and is smarter than we could have ever imagined. The JBJ NanoCube is one of the oldest and most celebrated all in one aquariums in the hobby, helping to usher in the current landscape of plug and play aquariums, and this week JBJ will show us what the future of all-in-ones look like.

AIOs have been an integral part of getting people started off right in the hobby, with almost everything one needs to be successful with fresh and saltwater tanks. Even ten years ago, when LEDs were just a dream for aquarists, but AIOs were already well established, it was obvious that the two technologies would eventually merge. 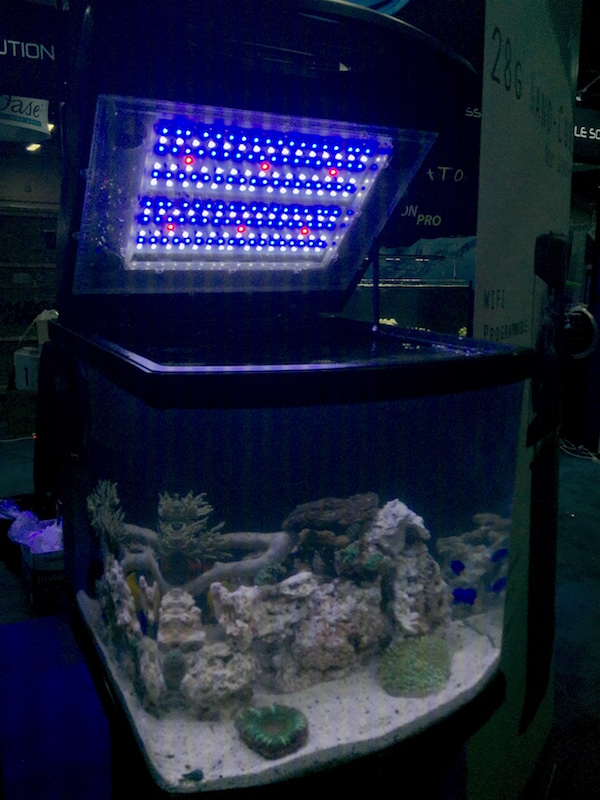 It’s been several generations since JBJ first included LEDs into the NanoCube but with the newest update things are getting very exciting. With wifi now built into the lighting hood, we can get a glimpse of what the future holds for this and every AIO in the aquarium hobby.

The new 28g Nano-Cube Wifi has two accessible modes, Manual Mode or Smart Mode, to manage your aquarium light cycle. The Manual Mode allows the hobbyists to remotely control the lights in real time. The Smart Mode allows the hobbyists to customize the lighting cycles with the built-in timer on 10 different points. It’s incredibly user-friendly to have these two modes so that owners can adjust their lights on the fly with or without their phones. 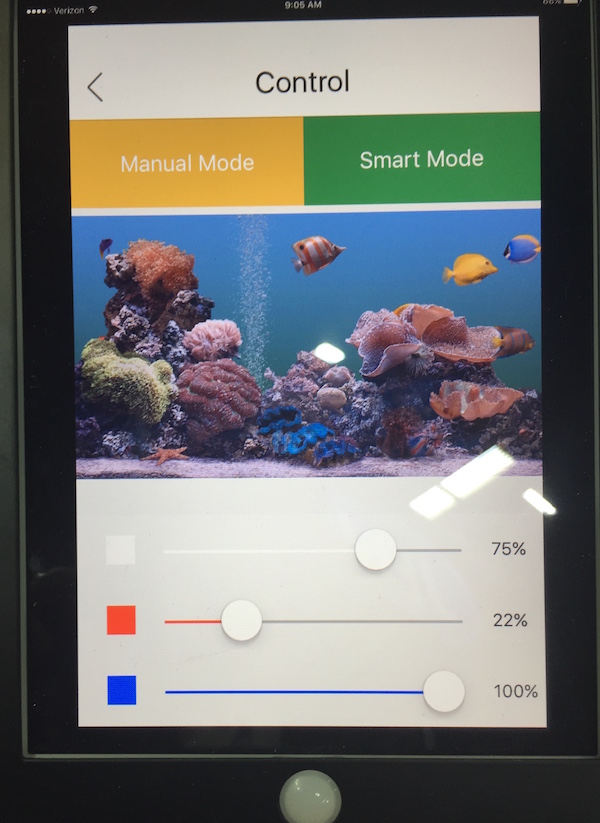 The JBJ Aquarium App also gives the option of plotting the lighting schedule on a user friendly line graph. The hobbyists can add multiple JBJ Aquariums on the JBJ Aquarium app. The New 28g NanoCube Wifi life support system comes with AIO filtration system that is located in the back of the aquarium to allow ample room for reef building.

This is one of the most feature-rich NanoCubes that JBJ has ever released, and one of the smartest too. Since it will have on-board programming, you don’t need to buy an additional light timer.

The 40 watts of onboard LED lighting power should be more than enough to keep most coral reef animals and corals. At just $399 the JBJ 28g NanoCube Wifi is one of the best values the hobby has ever seen, but there will also be a $299 wifi canopy as an upgrade for existing owners of the 28 gallon NanoCube.