Are you a saltwater aquarist looking for adventure? The Tela Marine Research Center in Honduras is looking for a volunteer aquarist to help manage the first and only public aquarium in the country.

The aquarium in Tela currently has five saltwater tanks with livestock collected from Tela Bay, and they are looking to double their building capacity by next year. Tela is looking for an aquarist who can help with daily aquarium maintenance and animal husbandry, someone who can build knowledge of local staff to maintain, and provide ideas for designing a larger aquarium space.

If you think you got what it takes, or would like more details about the position send your CV and cover letter here. Volunteers will receive food, accommodation, and scuba diving, including diver training if you are not already certified.

Just over 6 years ago an amazing coral reef was discovered in Tela. Having been there in person I can tell you this place is really something species. They found out these reefs were amazingly different from your typical Mesoamerican (Caribbean) Reef. Average healthy coral coverage in the Caribbean is about 16-18% per square meter, Tela has a healthy coral coverage that averages over 70% per square meter (over 400% the average in the area).

Since finding this unusual coral density, scientists from around the world have focused their attention in Tela, local governments have worked on its protection, and local communities and businesses have identified new opportunities in the Tourisim Industry. 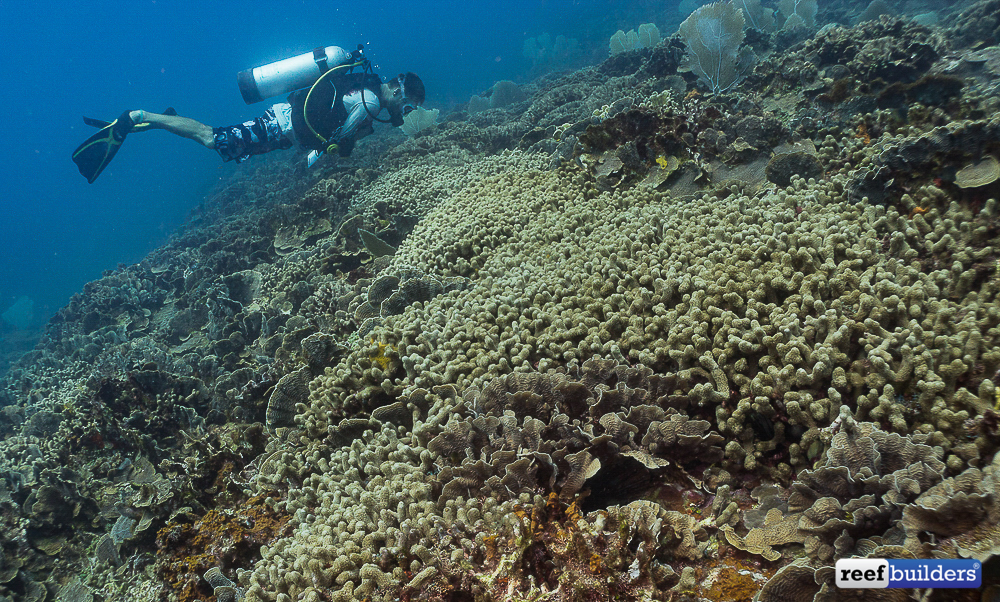 Several scholarly articles about this reef are in process of being written, and it is safe to assume at the moment that one of the main reasons this reef is so dense in coral coverage is its high density of Diadema antillarum (Long Spiny Sea Urchin). This little animal used to be one of the most common organisms in the Mesoamerican Reef, about 2-4 per square meter.

Back in 1983 a mass mortality event (largest marine mass mortality ever recorded in history) decimated the population to total extinction in some areas and to unsustainable densities in others. For some reason still not known to science Tela still boasts a healthy pre-mortality population of Diadema. Considering that algae overgrowth is one of the main problems plaguing our reef today, a keystone grazer like the Diadema is of vital importance to the survival of our Reef Ecosystems as we know then today.

This lead to the creation of Tela Marine Research Center.

Since it was first created this institution has lead the way on several fronts. They first began working with local communities and government institutions to convince them we needed to protect this area. In just 5 years they have already obtained a Marine Wild Life Refuge certification by what would be your EPA (Environmental Protection Agency) and now we have already successfully passed our first of two (2) debates in Congress to declare the area a fully pledged Marine Wild Life Refuge. Just last week the first session of Congress of the year has given its final approval for the Marine Park in Tela, which now have 100% protection!

This would have not been possible if not by all the data and information that is being gathered by several scientists working with us in the area, and especially by our UK partners Operation Wallacea. We have also partnered with other foreign partners who have worked both on site and with the central government to work through the bureaucracy and the politics of protecting these amazing reefs, to mention some Healthy Reefs for Healthy People and Coral Reef Alliance, who have been key to this process.

Which leads to the Marine Aquarium. You see here in Honduras Tela has great reefs, Roatan and Utila are well know in the Diving industry and have been voted several years in a row by Trip Advisor as some of the best Caribbean Islands to visit. But these places are usually visited mostly by foreigners, which is great for the tourism industry but not so great to create awareness among the local communities.

And this is how we concluded that if local communities don’t have the means to visit the Reef it would be our responsibility to bring the reef to them. Bring the ocean to the people with an aquarium. They transformed there small marine late into a Public Aquarium.

The Aquarium turned out to be a great hit, tourists and locals love it, schools line up to visit it and local universities have expressed their interest in creating partnerships to visit and work with us. Unfortunately, this little Aquarium must make way for the Scientists who will need their Marine Lab during the dive season.

All species have to be taken back to the exact same place from where they were extracted, and we will have to wait another 6 months to start the Aquarium again. As you may imagine this is not ideal, so we decided to build a full fledged Marine Aquarium (the first in Honduras).