Hanna Seawater Refractometer is the Ultimate Way to measure Salinity

I started keeping saltwater tanks in 1996 and since then have used many different tools and instruments to measure salinity. At first it was with floating glass hydrometers, and soon thereafter it was swing arm hydrometers. 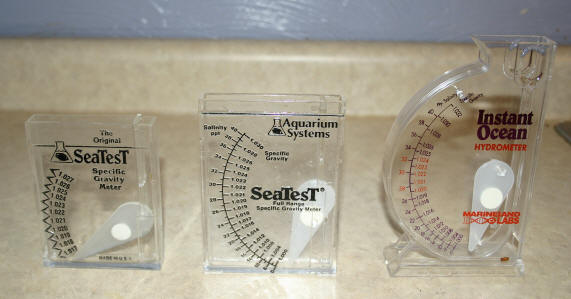 These two devices use the density of water to measure the density of the water, and the specific gravity reading is estimated to be a particular salinity. Then in the early 2000s refractometers went from being $200+ to around $90 or less and then began the long process of better and better devices. 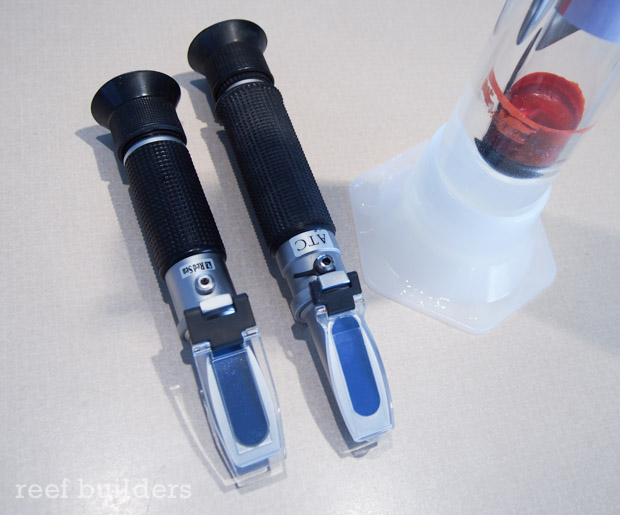 First it was refractometers calibrated for seawater instead of brine, and then they improved by having scales calibrated for tropical water at 25°C/77°F instead of 20°C/68°F. This long progression has finally led me to what I feel is the ultimate measuring tool for determining the salinity of seawater, the Hanna Seawater Refractometer.

The Hanna HI 96822 is a table top digital refractometer that does the same thing as an optical refractometer but the reading is made digitally. I have found that keeping a stable and accurately ‘high’ salinity of 35 to 36ppt helps keep all other parameters in check, and mineral chemistry in balance. 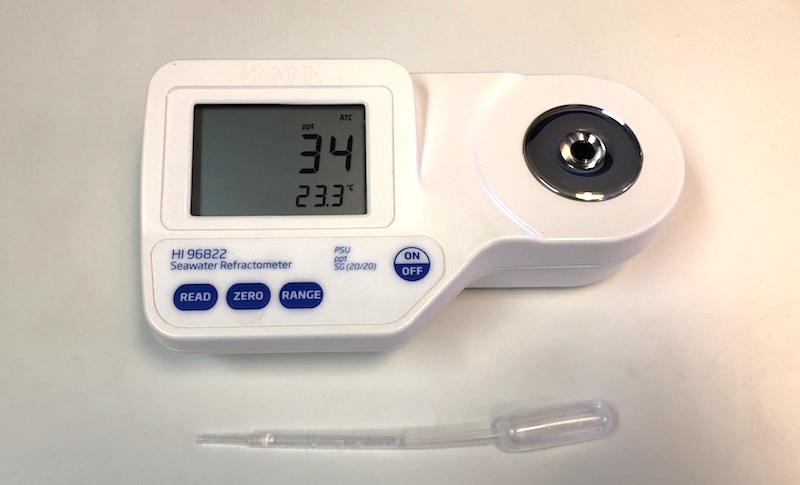 It never ceases to amaze me that the saltwater aquarium hobby spends so little time discussing salinity and measuring it accurately. There’s lots of talk about which test kits for Ca, KH & Mg are the best, ICP testing for trace elements in the parts per billion range, but if we collectively mastered precise and accurate salinity measurements so many other levels would also fall in line.

For me the Hanna Seawater Refractometer is currently the most reliable and precise manner of testing aquarium salinity and it certainly helps me get the right level. Like any tool, especially an advanced instrument like this, it’s still very important to know how it works. 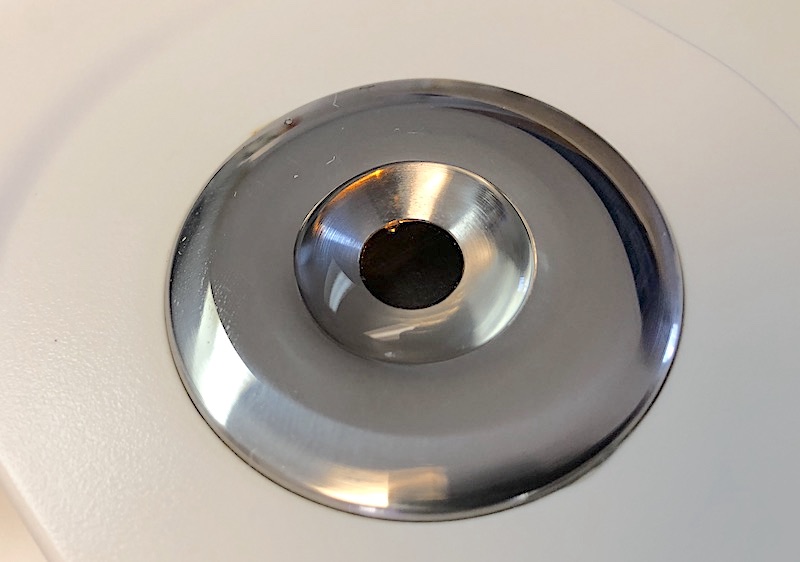 It must be calibrated with pure freshwater before every use, or testing session, and ideally the unit should be at close to room temperature and not overly hot or cold. Furthermore, having a fancy ‘salt-meter’ like the Hanna Seawater Refractometer doesn’t undermine the usefulness of seawater reference solutions like those from Two Little Fishies and Brightwell Aquatics.

It’s super important to never be lulled into a false sense of accuracy, and the Hanna Seawater Refractometer has been my go-to salinity test for nearly a year. At $180 this is not an impulse buy but if you test salinity frequently, and/or want the satisfaction of discreet measurements without having to squint through an eyepiece, the Hanna Seawater Refractometer is a must-have for the advanced, professional or aspiring saltwater aquarist. [Hanna]

Ask Reef Builders #2: Why do you believe pH is so important?