Historical Photograph of One of the Oldest Wild Coral Transplants

Humans have wondered about and been fascinated by corals on wild corals since long before we were keeping and growing them in our home aquariums. Their skeletons have long been a source of beauty, with many species forming semi-precious materials used in jewelry and ritual objects.

But at least one hundred years ago some ‘reef guys’ were experimenting with transplanting wild corals at Low Island Australia. Using only the most rudimentary ‘steampunk’ diving equipment consisting of a dive helmet, hose and a hand cranked pump, Mr. A.P. Orr and H.C. Vidgen conducted growth experiments on Acropora. 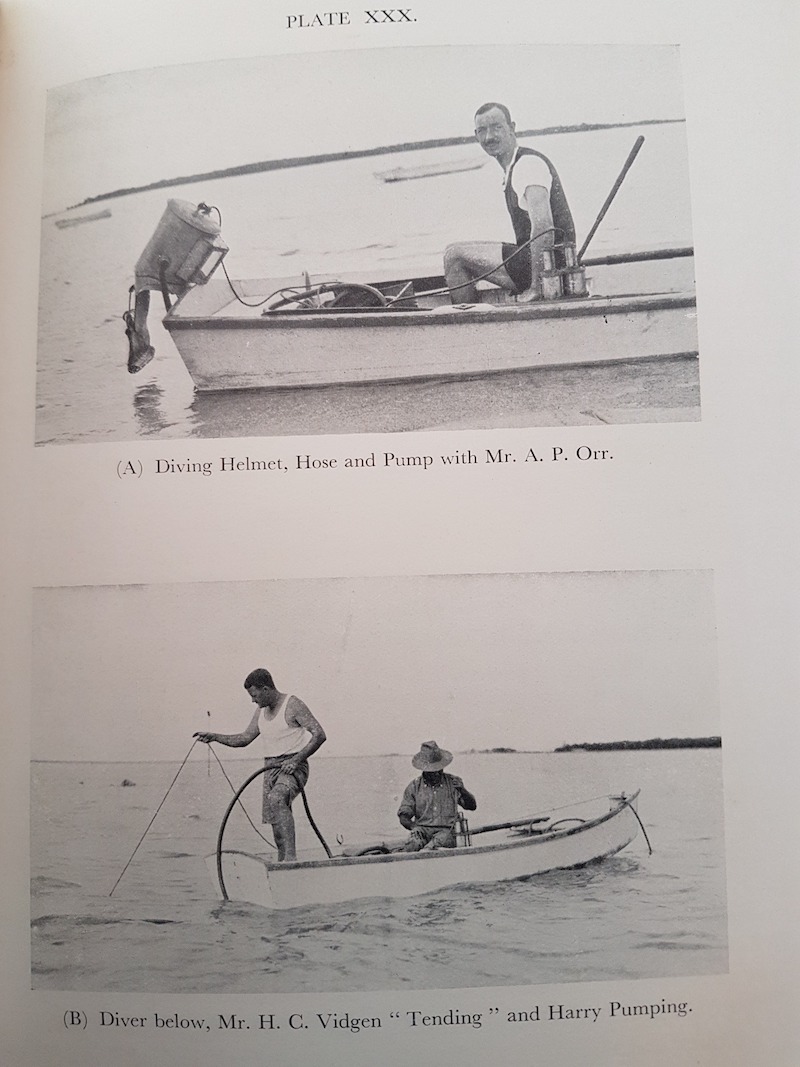 Two colonies of Acropora, possibly a strawberry shortcake A. microclados and a tabling A. hyacinthus, were fastened to a cement block and allowed to grow for six months. In what is perhaps one of the first coral growth experiments ever conducted, these researchers learned first hand how quickly corals can grow.

After six months time the two colonies that were once separated by several inches are nearly touching. We can also infer from the change in darkness of the corals that the colonies were probably transplanted to shallower water than where they were collected, probably due to the limitations of their manual diving equipment. It’s fascinating to see that species we are familiar with today looked more or less the same to observers and photographers a hundred years ago. [Reef Ecologic] 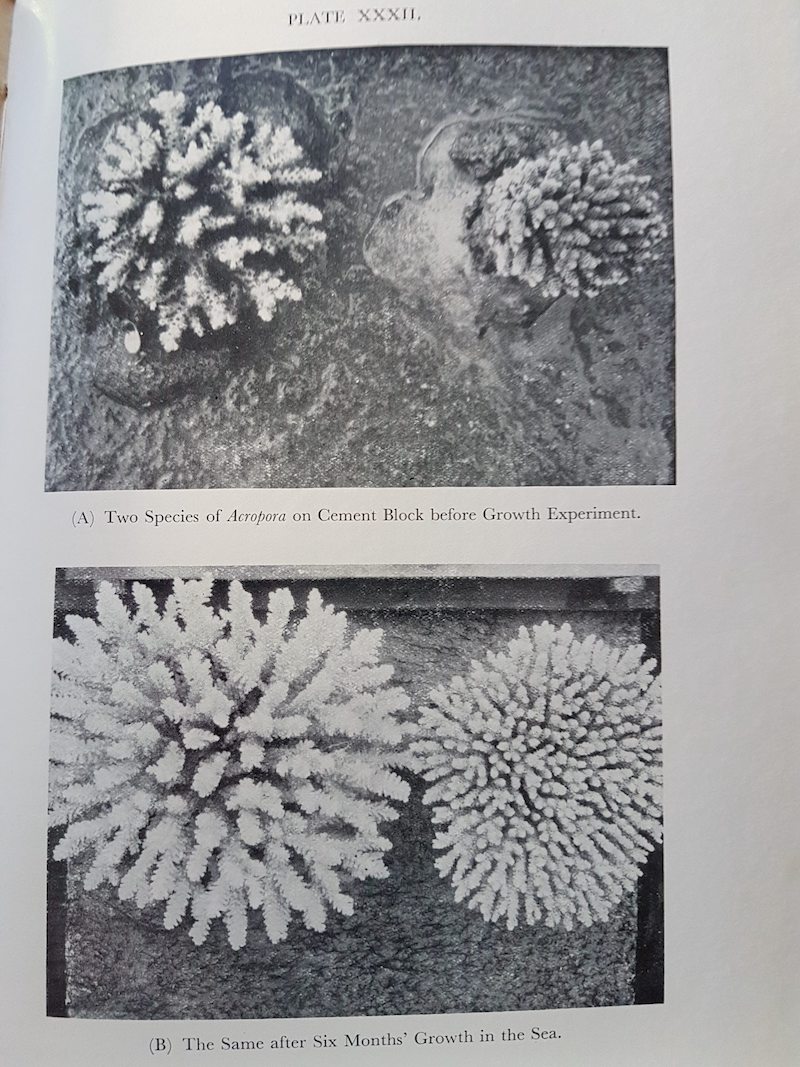