Cyrex A1 LED With Articulating Side Clusters

The Cyrex A1 Series LED is an aquarium light fixture made by Zhongshan Ziaolan Nanfeng Lamps Factory. That’s about as much English information as we were able to glean from their giant booth at CIPS and the rest we’ll have to infer from the build and appearance of the fixture. 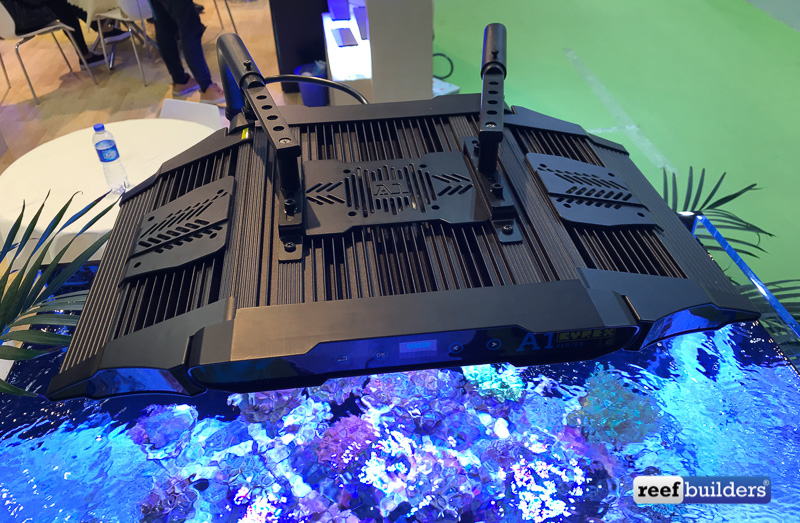 This big gaudy square saucer is what we imagine aquarium lights from the future looked like in 1988, but it doesn’t change the fact that this light does have a certain ‘macho’ aesthetic. Despite its big blocky shape, what made us stop and examine this light is that it’s only the second aquarium light to feature articulating LEDs that can be adjusted to a desired angle. 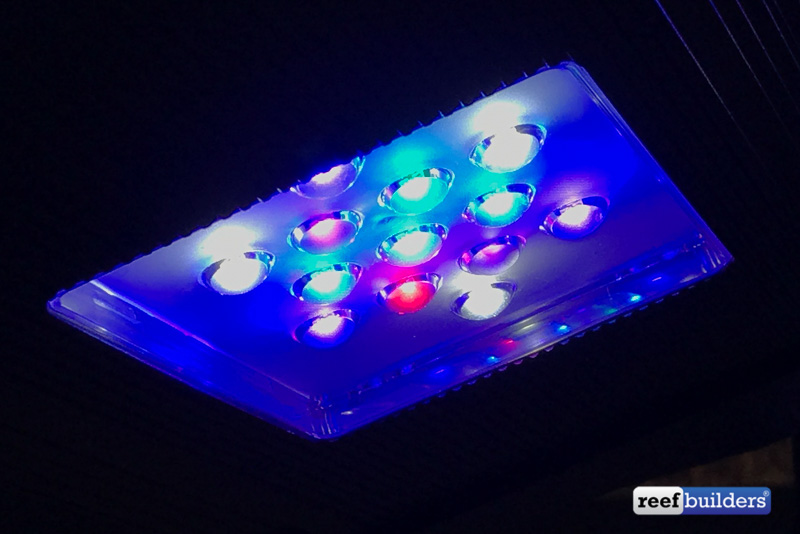 But where the MaxSpect Recurve is an elongated fixture that has articulating LED strips, the Cyrex A1 Series uses articulating clusters of LED. With no english translators in the booth or literature, we estimate that each cluster is probably good for around 50 watts of power. 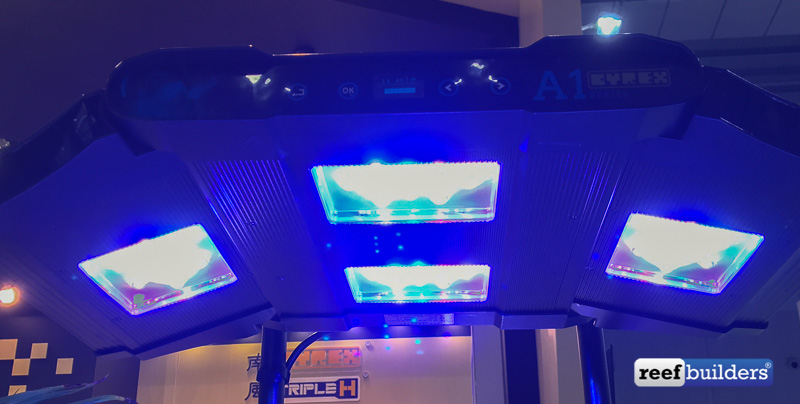 The use of hemispherical lenses with a very slight frosting does give this light a fairly even light distribution. The color can be tuned to make a great spectrum both for reef aquariums and planted tanks, and is fully adjustable both with an onboard controller and wifi control.

Although we don’t expect the Cyrex A1 Series LED to make any great inroads into western aquarium markets, we are excited to see the articulating LED concept spreading to lights beyond the MaxSpect Recurve. 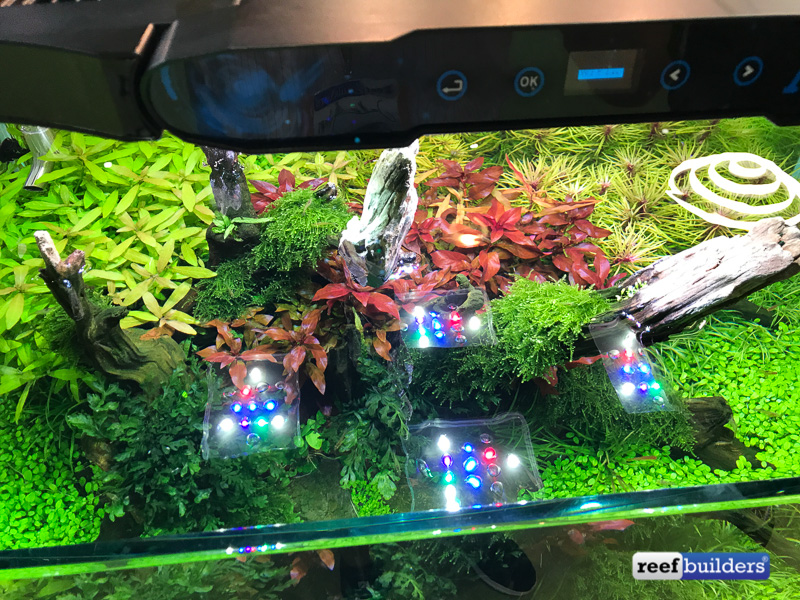 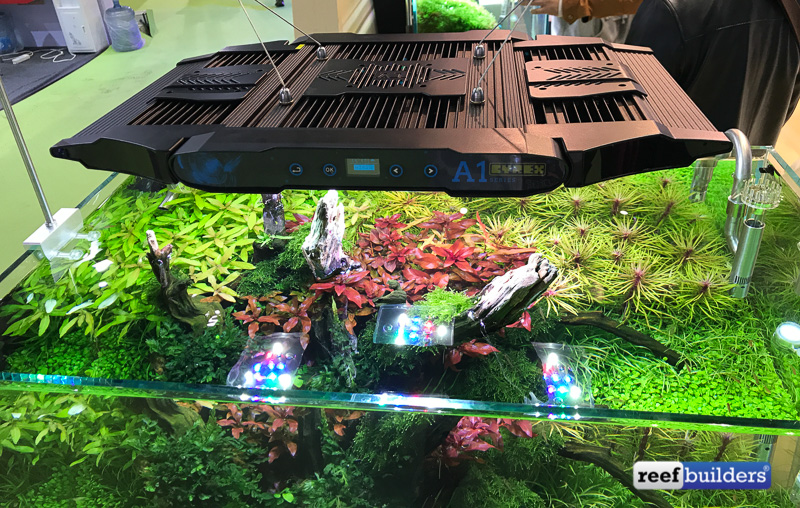