Arachnanthus lilith, A New Species of Tube Anemone from the Red Sea

Fish, corals and giant clams get the lion’s share of the attention in our reef tanks but there’s a whole world of interesting anemones we’ve yet to collectively get to know. Not to mention all the new species of anemones that get described every year such as the freshly minted Arachnanthus lilith, a tube anemone from the Red Sea. 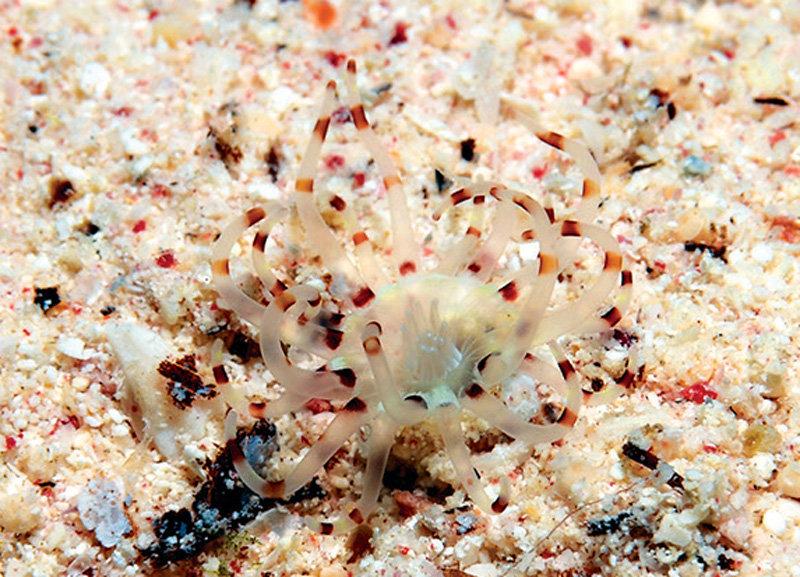 The lilith tube anemone is only the fifth species to be included in the Arachnanthus genus and it is a small nocturnal species which explains why it has only recently been recognized as being novel. Arachnanthus lilith is an especially small species being barely 1.5 inches long with most of that length being buried in the sand, while the business end of this anemone a diminutive 4 to 6 mm across – so not even the size of a large Aiptasia. What it lacks in stature Lilith’s anemone makes up with delicate and beautifully marked tentacles which only help to camouflage it in its sandy habitats.

See You All At ReefED in Denver This Saturday