Meet The Clean Up Crew

When keeping a saltwater aquarium you have to think about all parts of the mini-ecosystem you are trying to create. Of course, this means planning out your tank size, what equipment you will need, and then deciding what fish and corals you want to keep. But something new aquarist might not think about are the little scavengers and algae munchers you should add to your tank in addition to fish and corals.

This group is often called the clean up crew and these animals keep busy in your tank remove non-living organic matter, sifting through and aerating the sand, and keeping algae under control. Clean up crews consist of a variety of animals and it’s important you have a clean up crew working away in your tank.

Each of these critters has a different function and below we will give you an overview of the general roles of snails, crabs, shrimps, sea stars, and urchins in the saltwater aquarium clean up crew. We will also give some specific animal examples, but don’t worry if you can’t find these exact species, as long as you have a few from each group your clean up crew is complete! 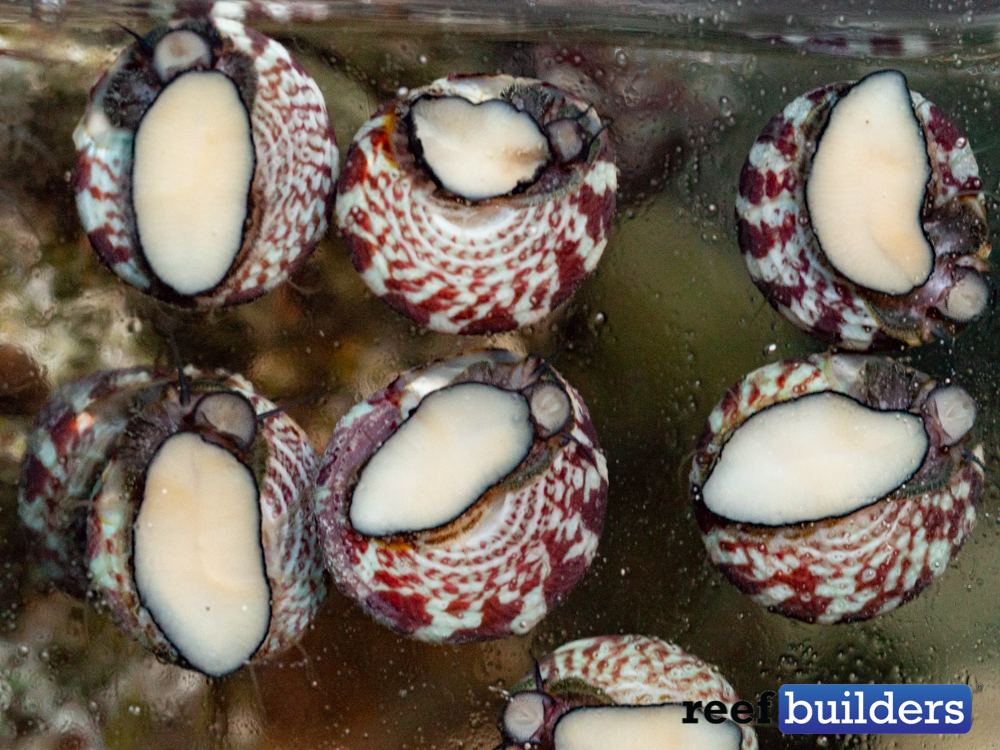 Snails are the first addition to your clean up crew. Snails will feed on algae, cyanobacteria, and diatoms along your rocks, substrate, and aquarium glass. 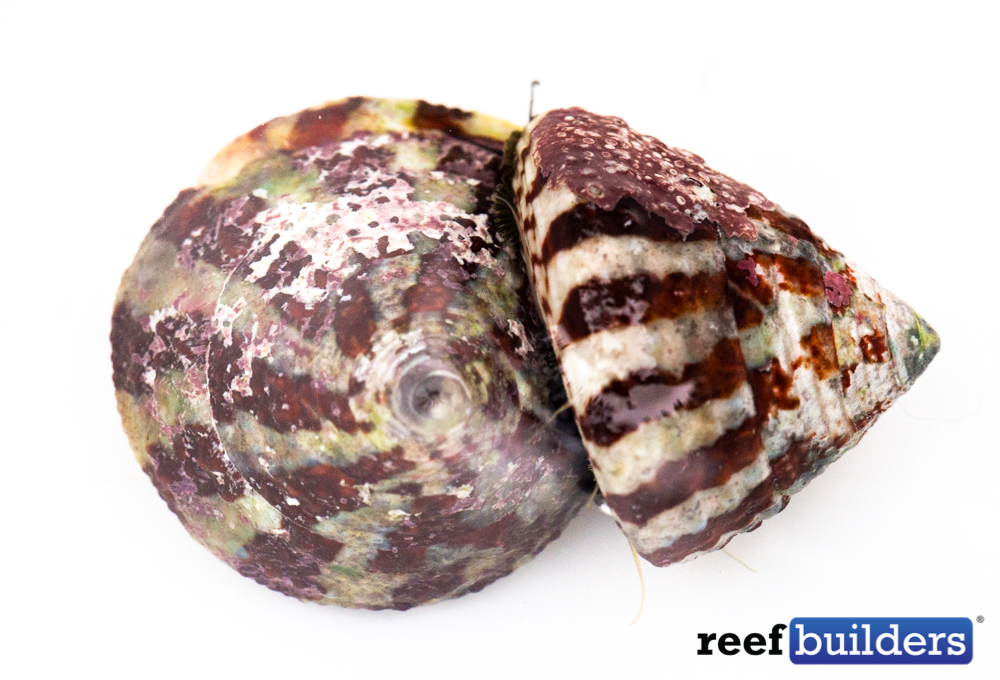 Banded trochus snails, or any variety of trochus snails are perfect for new aquariums. They help control diatoms on the aquarium glass and are is easy to care. The trochus snail will graze on nuisance algae on the rocks although their primary duty is patrolling the glass.

The trochus Snail is peaceful and because of its shell shape, it is not easily eaten by crabs. Depending on the size of your tank, you can keep one snail for every two to three gallons of aquarium water, a great addition to your aquarium’s cleanup crew. 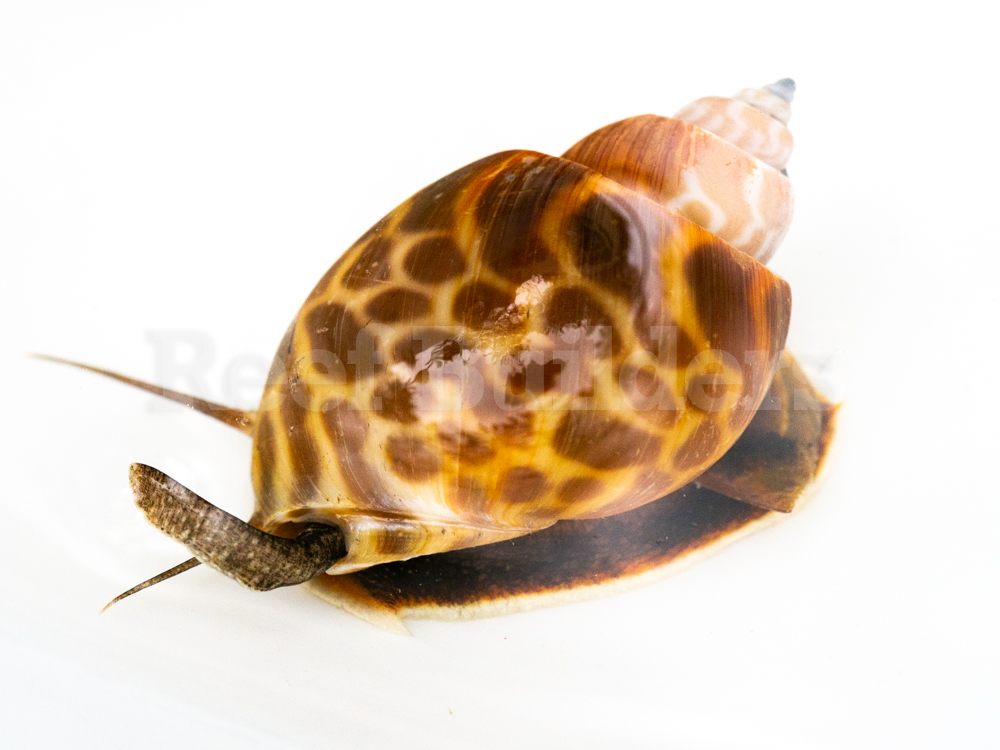 These large snails are suited to a reef aquarium that has a sand bed. The tiger nassarius snails will come out at night or when food is placed in the aquarium and live most of the day buried under the sand. 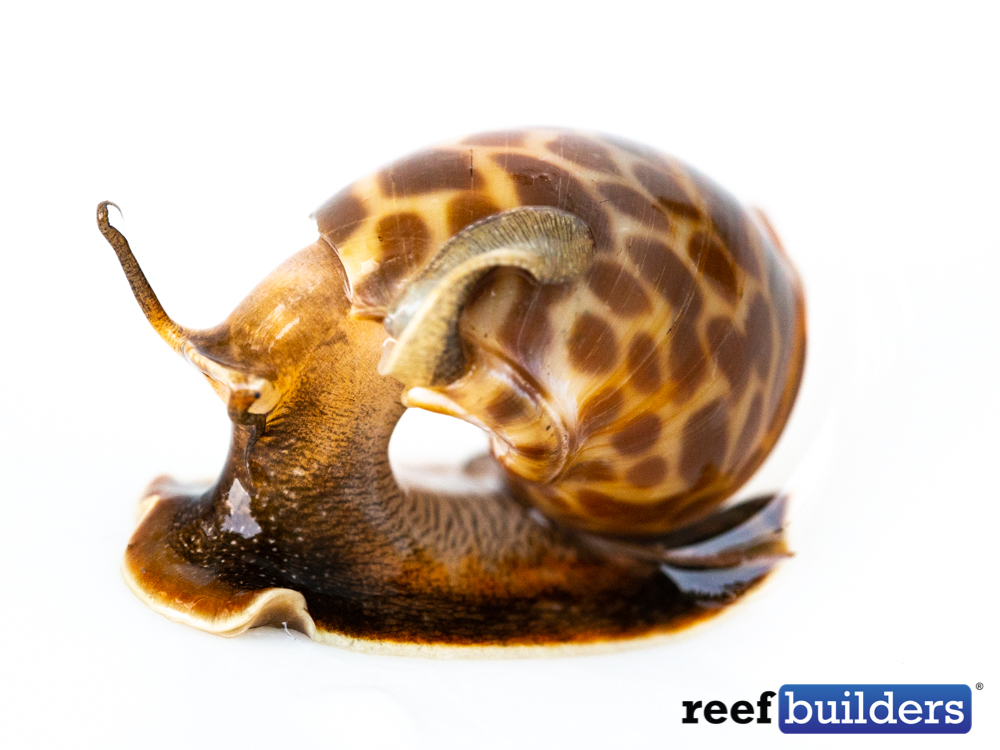 As they roam beneath the sand they help aerate the substrate and scavenge for uneaten food, and decaying organics. You might want to hold off adding these snails to a brand new aquarium and instead wait until you’ve added fish.

Some species of Nassarius Snail can grow to about 3″ so you want to have a deep enough sand bed for them to hide. If you have a smaller tank or shallow sand bed you can also get their smaller counterparts also called nassarius snails. These smaller relatives perform the same task aerating the sand and cleaning up detritus just without the flashy shell.

See also  Why Do Urchins Like to 'Wear' Corals and Rubble as a Hat? 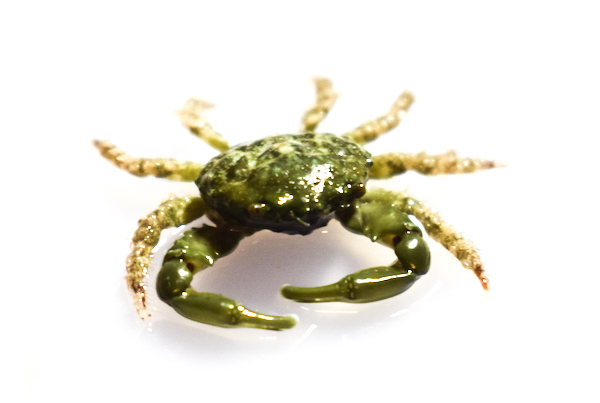 The Emerald Crab, has a bright green body with hairy legs. These little crabs will scurry around your rockwork munching on nuisance algae especially bubble algae (Valonia ventricosa). Emerald crabs will also scavenge for leftover food.

The downside to emerald crabs is they can outgrow your tank and become opportunistic feeders that have been known to develop a taste beyond algae. If food is not available to them, they may turn to eating corals or invertebrates. Make sure to provide seaweed, meaty food or pellets for your emerald crab. 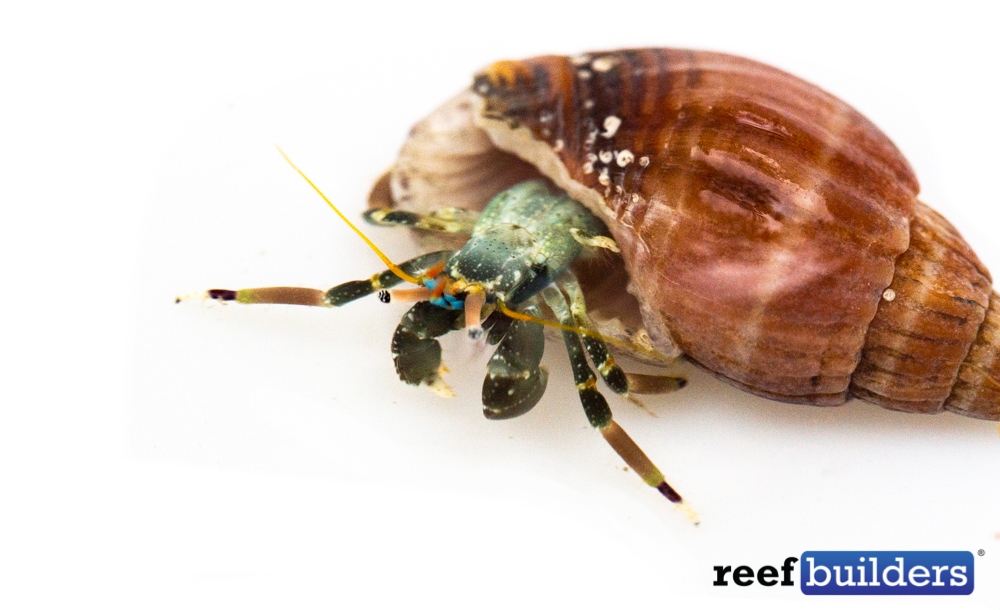 Hermit crabs are fun to watch as they scamper around your tank. They will pick up detritus from the sand and rock work and graze at algae along the way. But be warned, hermits will often pick at snails either for a snack or to claim their shell!

Hermit crabs are also quite clumsy and will knock over corals which aren’t firmly attached to the rocks. I still like to have hermits in my tank but for many aquarists, it’s a love-hate relationship you either love em or decide to never keep them again. 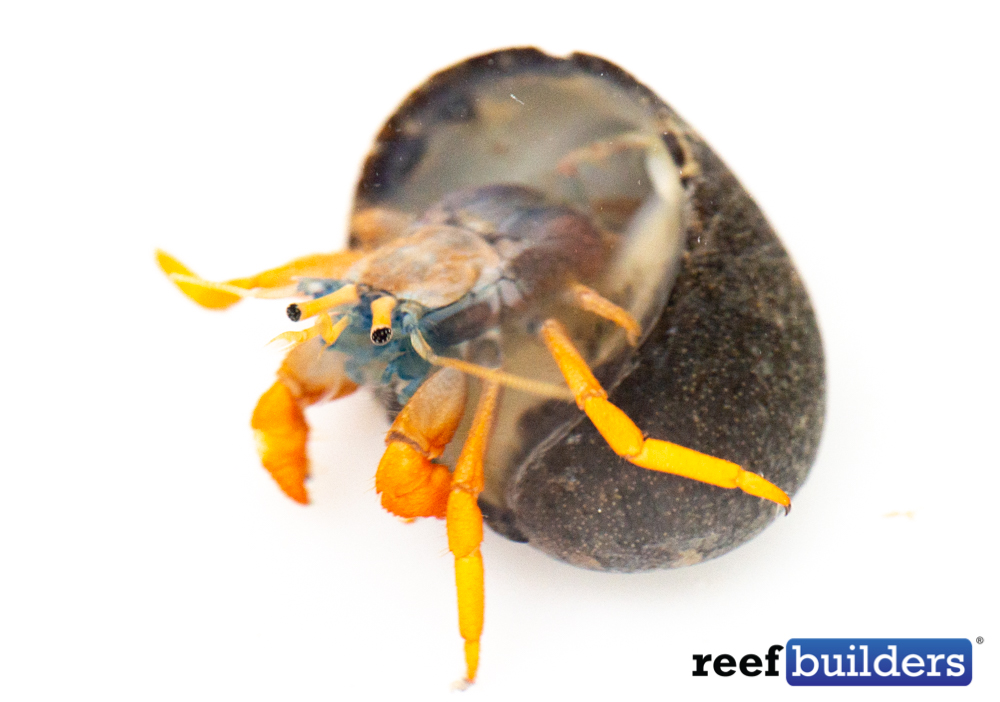 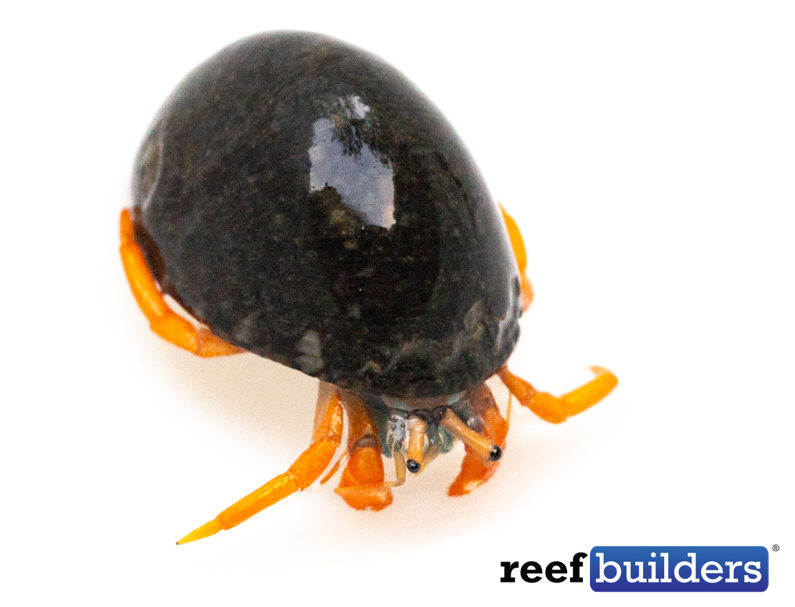 Bright red crabs are omnivorous, they will eat meaty foods and have a great appetite for algae. It is not difficult to take care of the bright red crabs which makes them perfect for a beginner aquarist.

Shrimps have long arms with tiny little claws, perfect for reaching into crevices and rocks, or picking off parasites from their fishy friends. There are two types of aquarium shrimp, scavengers, and cleaners. Cleaners will help pick off pests from corals and clean off parasites from fish, while scavengers clean up excess food and decaying organics in the aquarium. 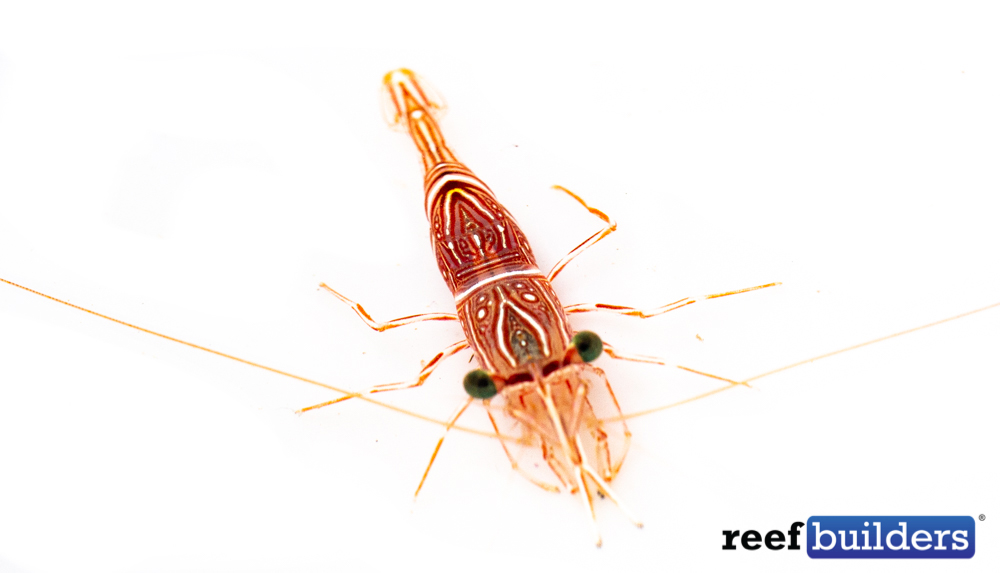 The camel shrimp has a beautiful color pattern of red and white stripes on its body and has a unique movable beak that is usually angled upwards.

The males of this species tend to have larger claw than the females. Take this into consideration when picking out at least four shrimps for your tank. Camel shirmp likes to live with friends of its own kind and they will congregate together in rocky crevasses, under overhangs, or in the coral rubble. 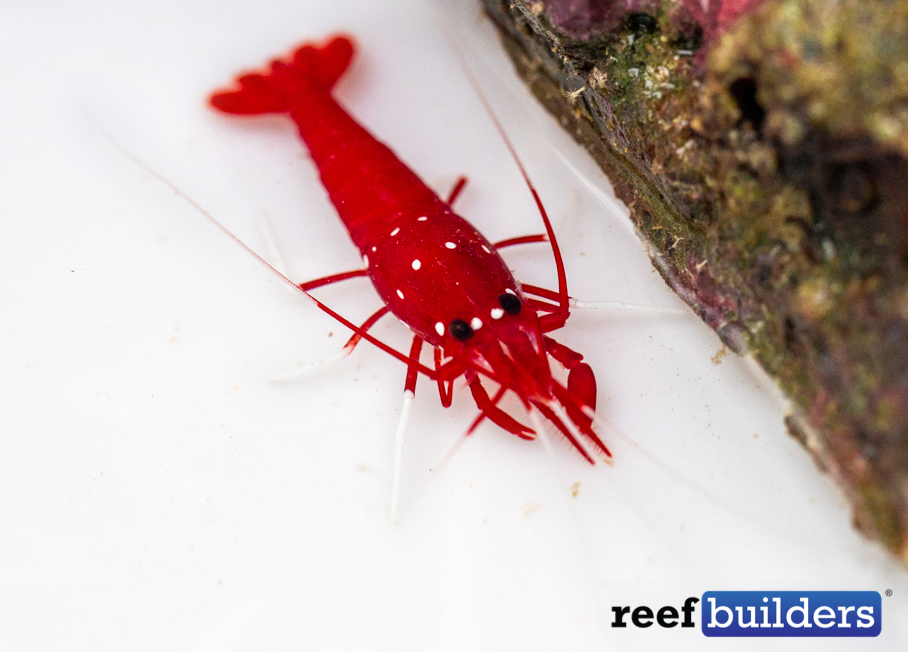 Blood Shrimp is one of the most popular shrimp in the aquarium hobby. It has a blood-red body with white spots and long white antennae. Blood shrimp like to shelter in caves or overhangs. While it will tolerate its mate, others of its own kind will be chased away or harassed.

See also  Why Do Urchins Like to 'Wear' Corals and Rubble as a Hat?

As a cleaner shrimp, it will set up cleaning stations and remove dead tissue and parasites from fish that present themselves. It will also scavenge for meaty bits along the substrate bottom. 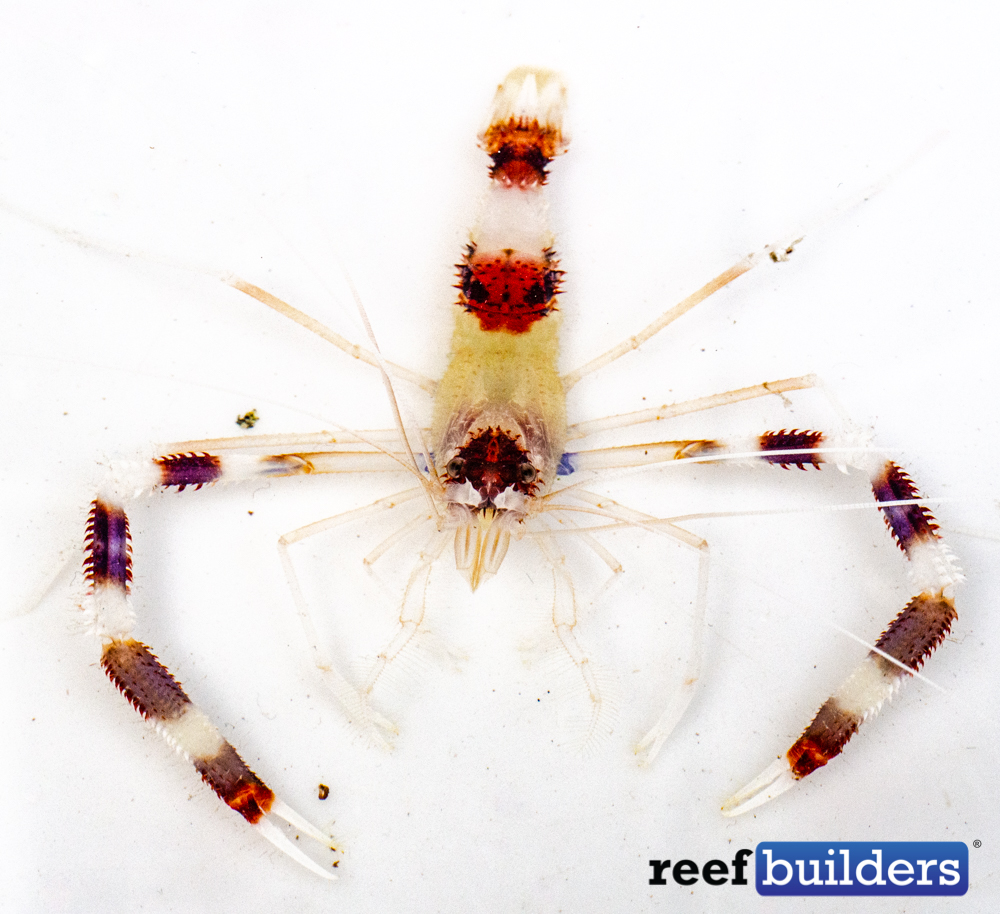 The Banded Coral Shrimp has a beautiful coloration and body shape with red and white bands across its body with fairly long pinchers and extra long white antennae. This shrimp is a scavenger and will pick up leftover food in the tank.

Despite being a scavenger, banded coral shrimp have been seen cleaning parasites off fish.

Starfish can sift through the sand, clean algae from rocks, and grazes across the aquarium glass feeding on algae, and diatoms. Starfish, however, are sensitive to parameter changes such as in oxygen levels, salinity and the pH of the water. 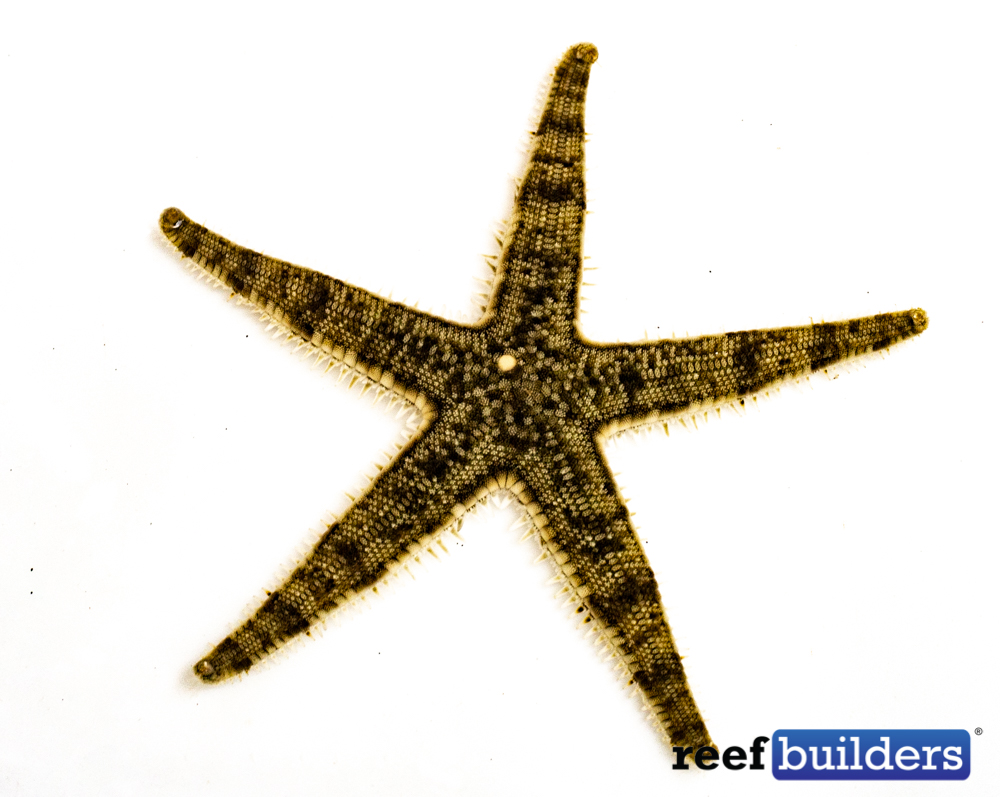 The Sand Sifting Sea Star will consume large amounts of detritus and uneaten foods. As the name implies this sea star burrows himself in the sand in search of food sifting detritus and aerating the sand bed.

However, without enough food, the sand sifting sea star will also eat small invertebrates, including shrimp, urchins, mollusks, bivalves, or other small sea stars. Make sure to feed your sea star enough or it could just burrow in the sand, starve, and eventually begin to decay.

Sea urchins are excellent algae grazers keeping rocks and aquarium glass clear of unwanted pest algae. Their spines protect them from fish and other predators, however, they can be cumbersome and knock over rockwork and corals. 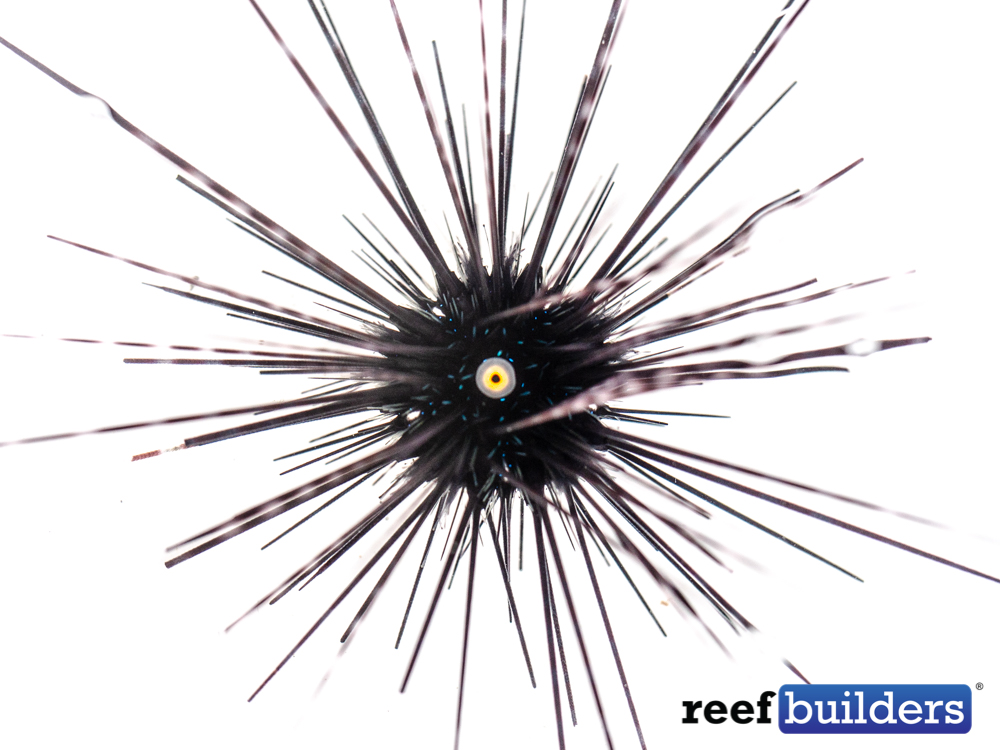 These long spiny sea urchins are excellent algae controllers for an aquarium. You want to make sure to have lots of rocks for these little critters to hide during the day.

Long spiny sea urchins will venture out of the rocks during the night to forage for food such as algae and seaweed. These urchins are an excellent algae controller for an aggressive aquarium where other invertebrates would be eaten. 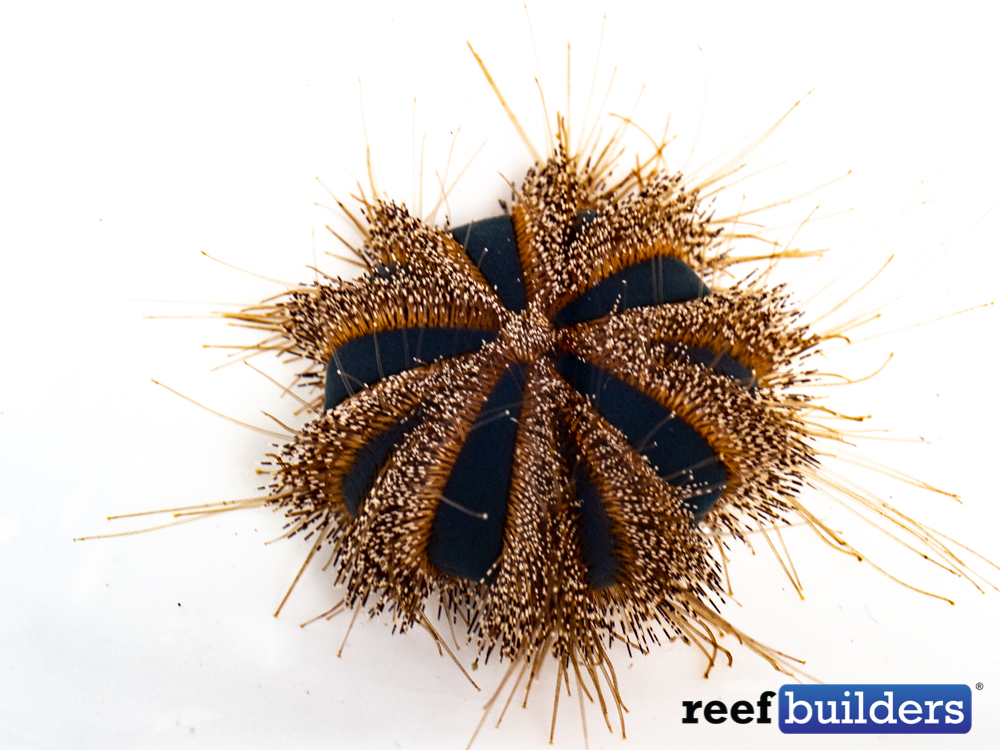 The Blue Tuxedo Urchin, has five to ten broad-colored bands usually blue or black, with red, brown, or dark spines. This very striking combination gives it the “formal” look and thus the name “Tuxedo Urchin.”

During the day, it will hide among the rocks, in crevices, or under plants in a sandy substrate. At night, it will emerge to graze on the algae present in or near its home. Tuxedo urchins are especially good at eating corallite algae.

The top public aquarium in North America is in Springfield, Missouri

Teric is a Sexy New Dive Computer from Shearwater Research

May 28, 2018
Site Sponsors
Reef Builders is Supported by: