The display reef tank of White Corals is a spectacular reef aquarium display no matter how you look at it, and it will be the focus of a future Reef Builders video. But in the interim we wanted to share with you this very poignant demonstration of the difference between LED & T5 fluorescent reef aquarium lighting.

As you can see from these completely untouched photos, the T5 fixtures on the left and the LED fixtures on the right both perform admirably in both growing corals and displaying them with excellent coloration. On the left are two four foot ATI T5 fluorescent light fixtures with an even mix of white a super blue actinic lamps. On the right are two Radion G4 Pro LED fixtures programmed to run at near full intensity for all color channels. 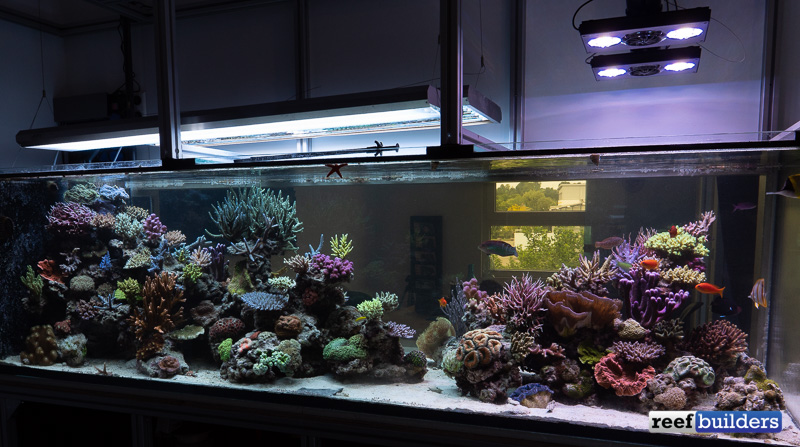 In their current configuration both the ATI and Radion fixtures are about as ‘stock’ to their base lighting coloration as you could hope for. The spectrum of both lights can be tweaked to use different lamps in the ATI T5 and different color balance in the Radion G4 Pro, but in these photos you can appreciate that both lighting technologies are pretty darn good for growing a fully loaded, community reef tank with lots of stony corals.

While the current choice of lamps in the ATI T5 fixtures does appear a little bit greenish overall, it would only take a little trial and error to change some of the lamps for more pinkish spectrum in the whites and more purple spectrum in the actinics to achieve a similar appearance as the Radion G4 Pro. 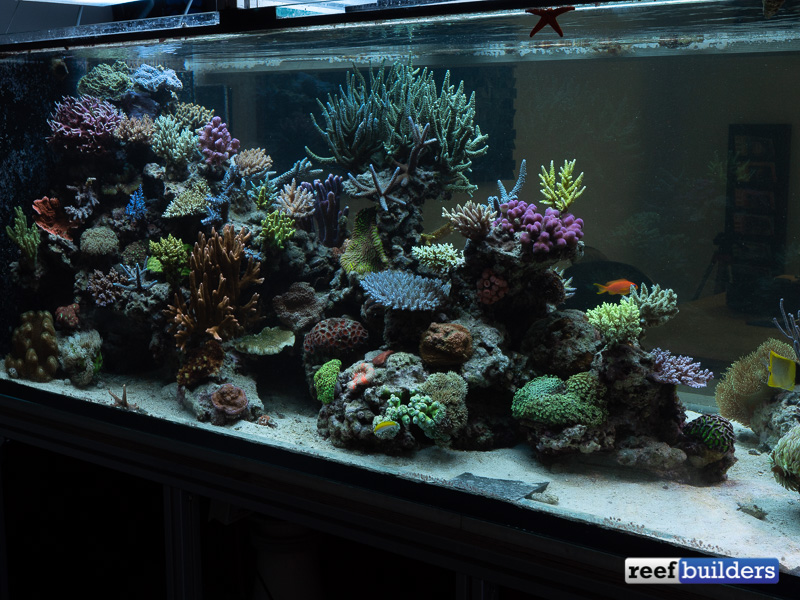 And this is the beauty of T5 fluorescent lights which is still hard to match with LEDs, the spectrum is infinitely tunable so long as you have the stomach for replacing lamps, both financially and the tedium of physically replacing the bulbs. But there’s no doubt that the light coverage is very broad and uniform, with a nice low level of ultraviolet throughout, and the coral growth is excellent. 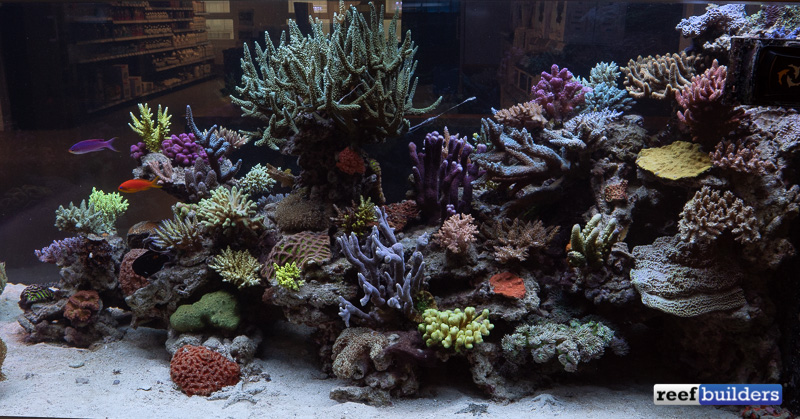 Meanwhile the LED-lit portion of the White Corals display tank is shoulder to shoulder with the fluorescent lighted side of the reef tank. The color definitely appears more balanced with a surprisingly warmer overall spectrum, no doubt aided in part by the use of deep purple LEDs as well as deep red diodes. 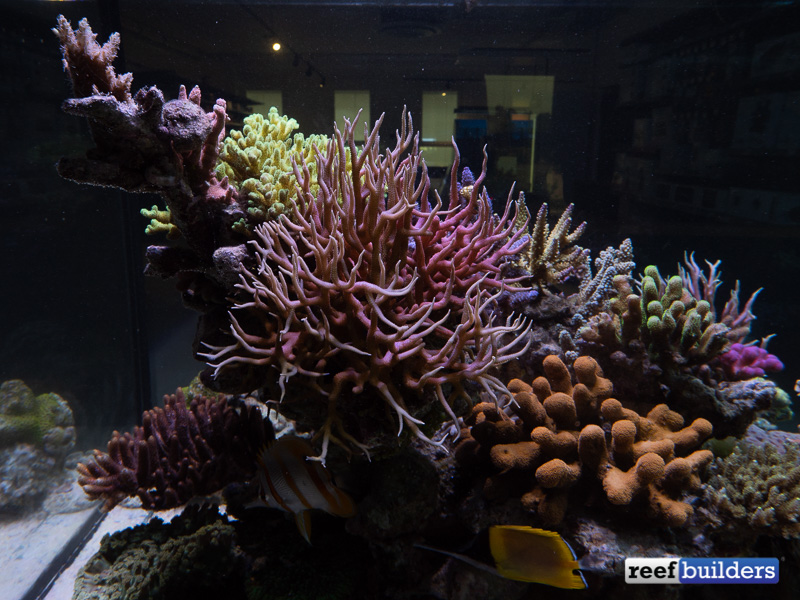 So which light is ‘best’ and is that even a fair comparison? In this setup both technologies are using approximately 200 watts per foot so they are roughly equal in terms of power. The replacement of lamps in the fluorescent fixture is definitely a factor to consider and the dynamically programmable nature of the Radion LEDs separate color channels is certainly a beneficial feature that we’ve grown to love and couldn’t live without. 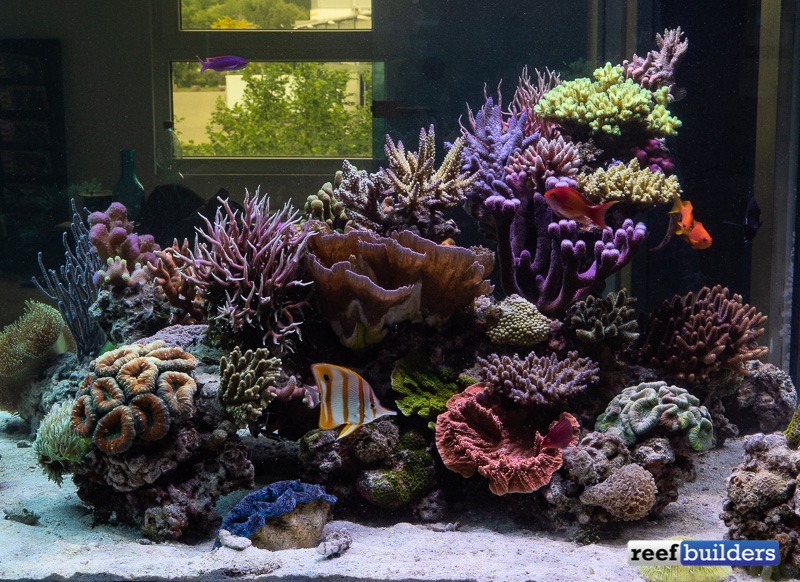 I think the main takeaway here is that flagship LED lights like the Radion G4 Pro are at least as good as a complete bank of T5 fluorescent lamps. The final decision will mostly fall on the personal preference of whoever is setting up and maintaining the reef aquarium display and you can’t go wrong whether you use top of the line T5 fixture or LED lights.

Again, a full feature of the WhiteCorals.de display tank will be completely revealed in a future video on the Reef Builders YouTube channel. In the meantime this tank is absolute FIRE and those responsible for its creation and maintenance should be very proud.