How Much Waste Does a Filter Roll Remove?

After more than eight years of patiently waiting, we’ve finally cut our teeth and experienced what it’s like to have waste automatically, magically, removed from the aquarium. There’s a decent variety of consumer grade models available on the market and coming soon, but the ClariSea2 was the first one to arrive at the Reef Builders Studio.

We’re going to reserve a full review of the ClariSea2 once we’ve tried out both models and really put them through their paces. But for today’s article we really want to focus on how much waste a filter roll can actually remove. For us the practicality and promise of the auto filter roll isn’t about not having to clean filter socks, or just having clean and clear water, but it’s always been focused on real, tangible nutrient export.

With every piece of fish waste, every bundle of coral slime, every piece of loose algae and every unwanted little bit of detritus that passes through the Clarisea’s filter roll, that’s just a little less waste going into the system. How much waste you wonder? 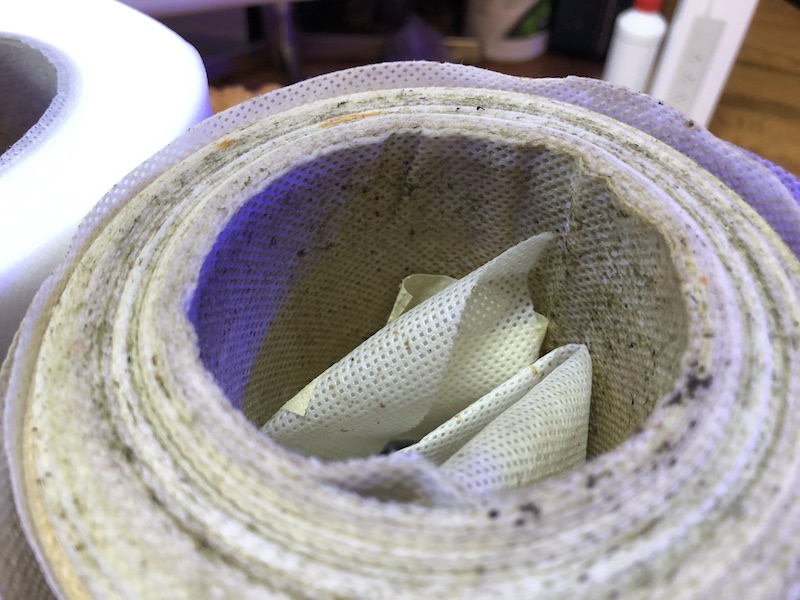 Well I’m glad you asked because unlike protein skimmers and water changes, we don’t have a reliable way of measuring precisely how much waste is exported. In the case of the filter roll I was able to measure the mass of a clean and used filter roll and the added weight was quite surprising.

I actually gave the used filter roll a light ‘rinse’ in freshwater to remove some of the salt that had dried on the roll, and there’s probably some residual amount remaining. But once left out to dry in the summer sun for over a week the total amount of waste captured by this small filter roll amounted to over three ounces in just five weeks.

We’re talking 95 grams of completely DRY, shriveled up concentrated fish and coral poop. This is no trivial amount of unwanted waste and nutrients that never had a chance to break down in the aquarium leading to all kinds of unwanted problems. 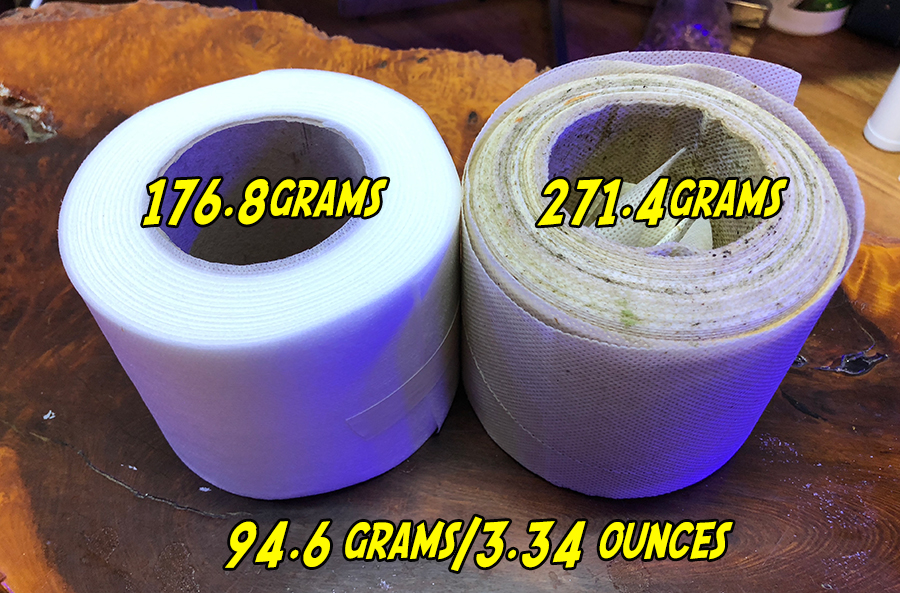 So what does this mean for the actual aquarium? I’m not super diligent on water testing as I let my eyeballs do the evaluation, but I can tell you the reef tank I’m using it on still looks like it’s been set up for a month, not a year. There’s also a lot less basic, low-level algae growth in this tank despite significantly reducing the amount of GFO used on this tank.

I will no doubt have a lot more to say about the benefits of Automatic Filter Rolls like the Clarisea2 but in the meantime, you can count on even a small model pulling upwards of three ounces of dense, dry waste with every new filter roll.