Testing out the New Salinity Pen Plus from Poseidon

The Salinity Pen Plus from Poseidon is a new salinity measuring tool that makes it dead simple to take quick, digital measurements of the concentration of seawater. Salinity is unquestionably the most important parameter for successful reef and saltwater aquariums so we can never have enough tools to measure it faster and more accurately. 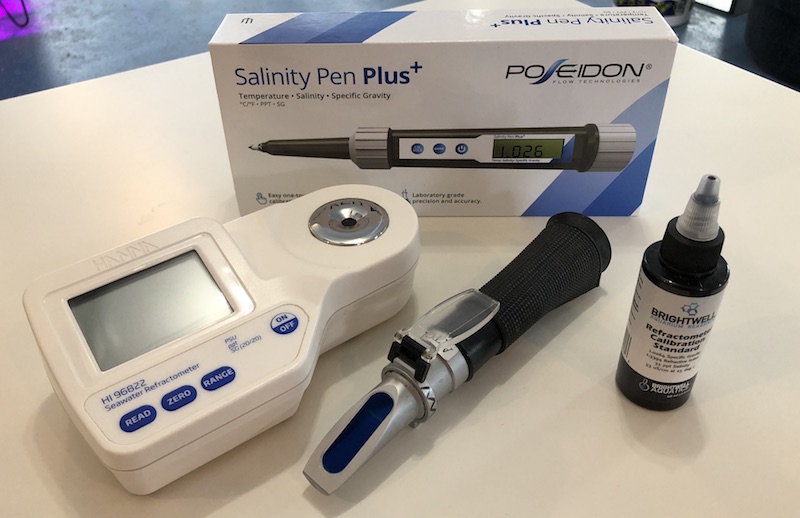 Despite its paramount importance, an unfortunate majority assumes their specific gravity is good enough and they aren’t nearly as careful about measuring the direct saltwater concentration, which is salinity. Like the pH pens of old the Salinity Pen Plus from Poseidon gives nearly instant readings of salinity as soon as the sensor tip is inserted into the aquarium water.

The Salinity Pen Plus uses electrical conductivity to measure salinity and is calibrated with a 30ppt reference solution. The built in thermometer is the plus function of this pen which reads in both Celsius and Fahrenheit and is used to automatically compensate the conductivity reading for better precision and reliability. 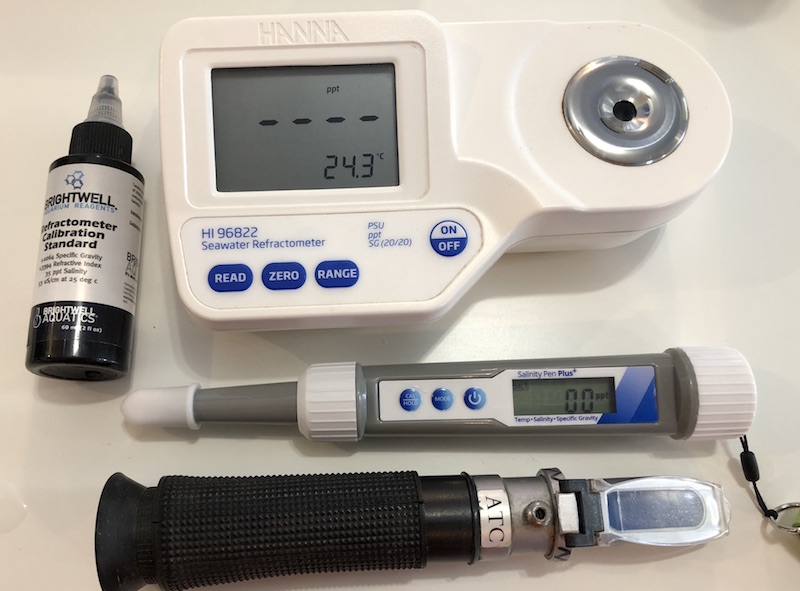 We tested the Poseidon Salinity Pen Plus on a number of tanks and salinity concentrations including both the 30ppt reference solution as well as the Brightwell Refractometer Calibration Standard. We’re happy to report that so far, the Salinity Pen Plus works exactly as advertised and gave identical salinity measurements to the Hanna Seawater Refractometer which actually measures refractive index to determine salinity. 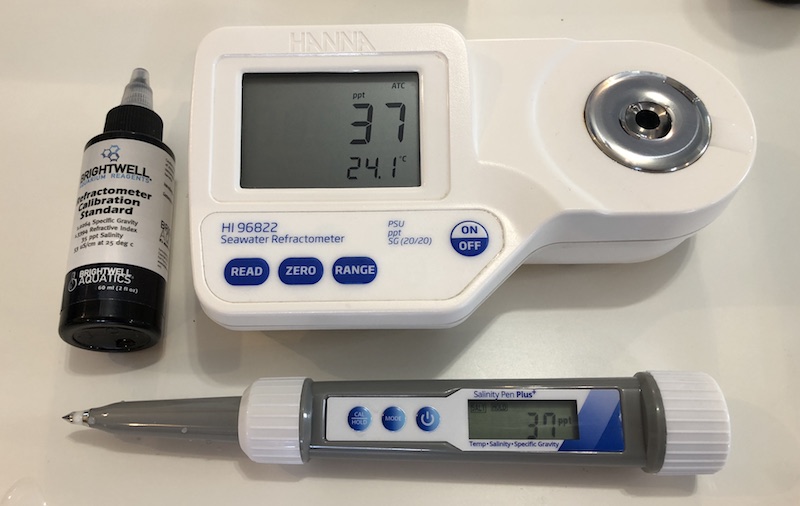 As long as you take the time to calibrate the Salinity Pen Plus this is one device that is even easier and faster to use than either an analog or digital refractometer. We still recommend keeping one or the other on hand as a backup and reference but with a target price of around $100 we expect the Salinity Pen Plus to be an essential part of the reef aquarium toolbox. [Poseidon]

Floating Plastic is the New Uber for Ocean-Crossing Marine Life