Pseudocheilinus citrinus is a gorgeous little wrasse from the south Pacific that is so rare we knew of only a few images of this fish until now. Iwarna Aquafarm, a Singapore based purveyor of rare fish from all over the world has scored the first known specimen to enter the aquarium trade and our first real good look at this species. 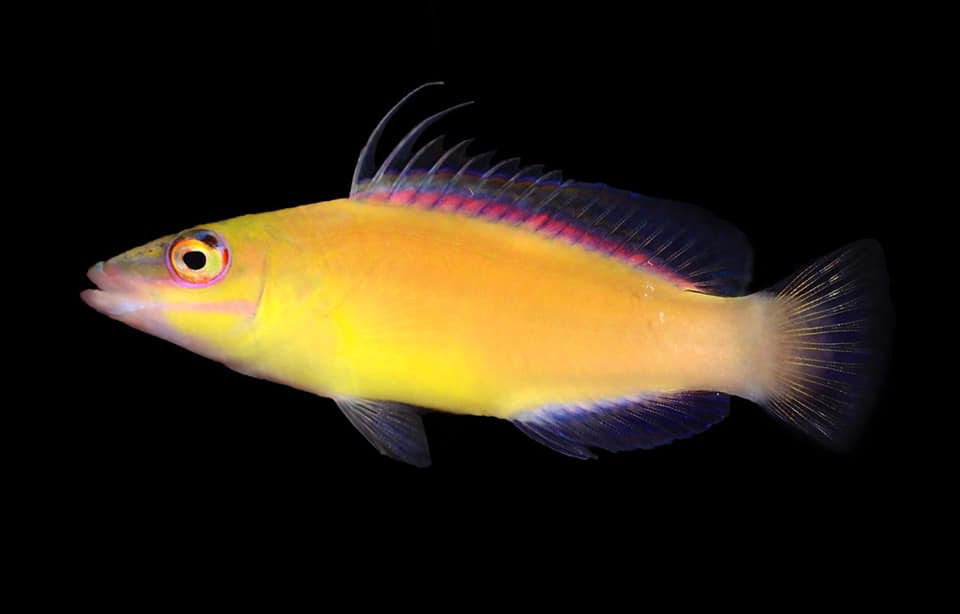 Closely related to mystery, sixline, four line and eight line wrasse, also of the Pseudocheilinus genus, P. citrinus is a light yellow overall but with exquisite flourishes that aquarists really admire. This ‘yellow mystery wrasse’ has elongated dorsal filaments giving a nice cockatoo crest in the front, and a thin pink line runs along the base of the dorsal fin. Like Pseudocheilinus ocellatus, the yellow mystery wrasse has a yellow and pink bridle around its mouth and below the eyes. 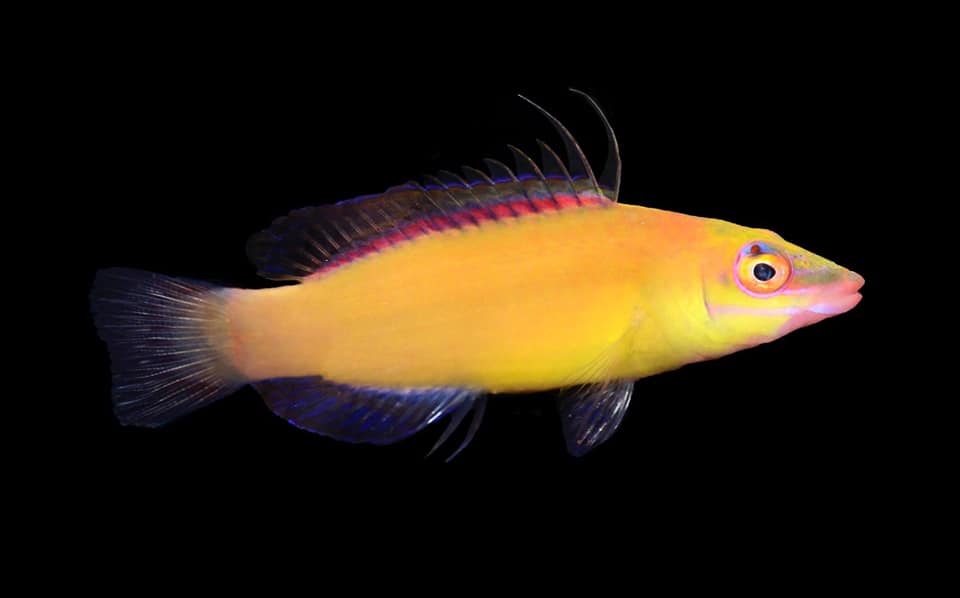 This specimen likely was collected in the Cook Islands, a place where aquarium specimens of Scott’s fairy wrasse and ventralis anthias have been collected from for years, and even the occasional deepwater Narcosis angelfish. It’s a mystery why the yellow mystery wrasse had not been collected until now, this has always been a ‘book fish’ for us but finally we have a good look at this fish thanks to Iwarna Aquafarm and the photography of Tea S.K.  Hopefully this specimen of Pseudocheilinus citrinus is the first of a possible small trickle in the future, but we won’t since it’s been so elusive thus far, we’ll just have to wait and see if more specimens follow.