The disc corals of the Fungia and Cycloseris genera have always been unique in the aquarium world for being great inhabitants of small and large tanks alike. The small, colorful, free living disc corals also have the potential to make great propagation material, as LiveAquaria has done with their eye-catching ‘Lava Coals’ Diaseris coral. 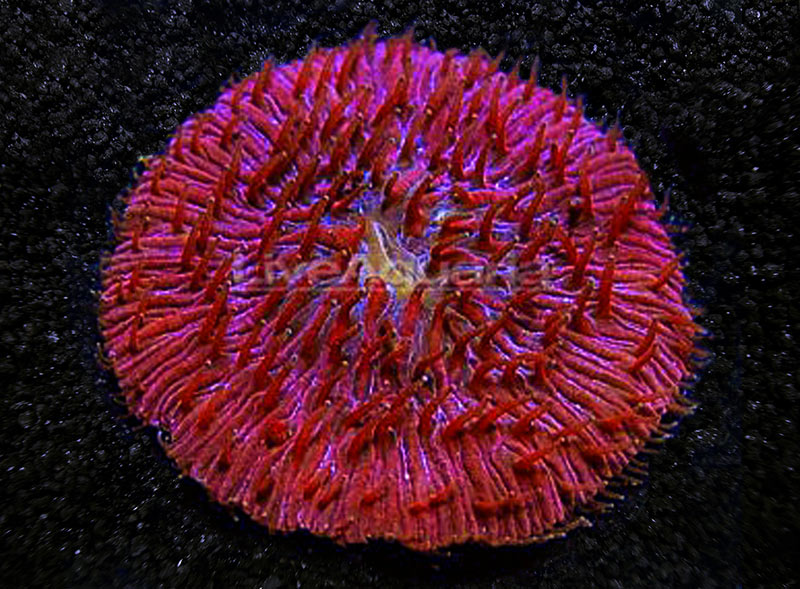 The Lava Coals strain began with a small circular red disc coral from Indonesia which was particularly interesting for its fuschia red coloration, complimented by noticeable silver tips to the tentacles. There’s two species of Diaseris corals, the delicate Diaseris fragilis and D. distorta – the former is already cultured as World Wide Corals’ Diablo Diaseris, but the Lava Coals from LiveAquaria is the first super red Diaseris distorta that we’ve ever seen. 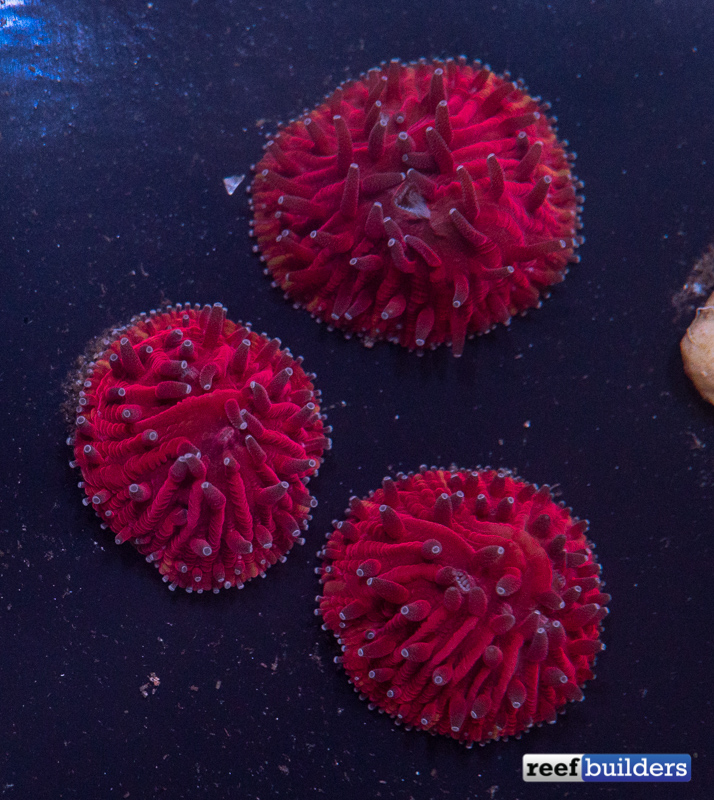 The red coloration of certain small disc corals can wax and wane when first acclimated to captivity but thankfully, the Lava Coals Diaseris has turned out to really hold onto its coloration no matter how many times LiveAquaria has propagated it. It was quite a sight to not only come across this very unique coral strain in LiveAquaria’s ‘private reserve’ of corals at their coral farm, but to see several dozen polyps making a great standing crop for the company’s long term supply of this coral. 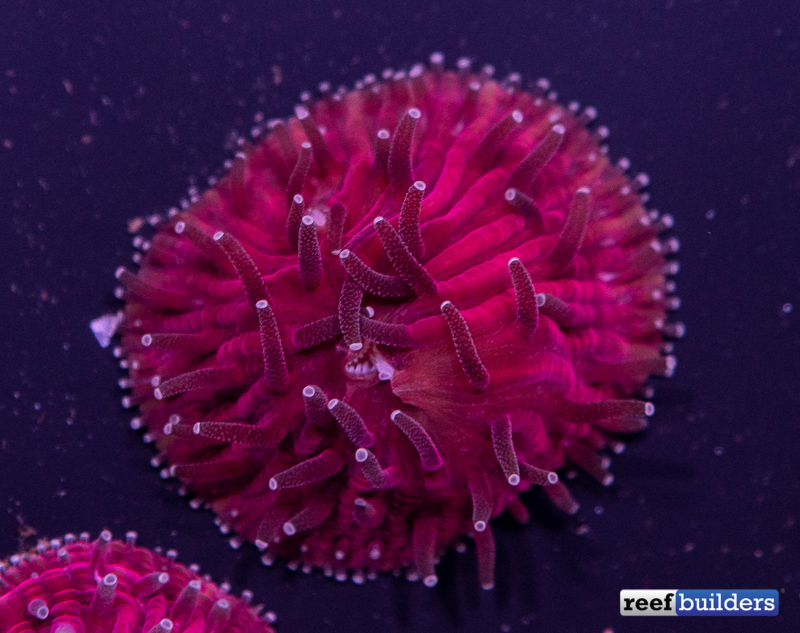 LiveAquaria actually has a unique track record of propagating top shelf Fungiids and disc corals, with their first major release being a red-tentacle, orange Herpolitha tongue coral that they still offer for sale. The fuschia red Lava Coals Diaseris coral will soon start making an infrequent appearance in the daily releases of the Diver’s Den and if you want to know where this sensational coral went, stay tuned for our full feature in a future article. 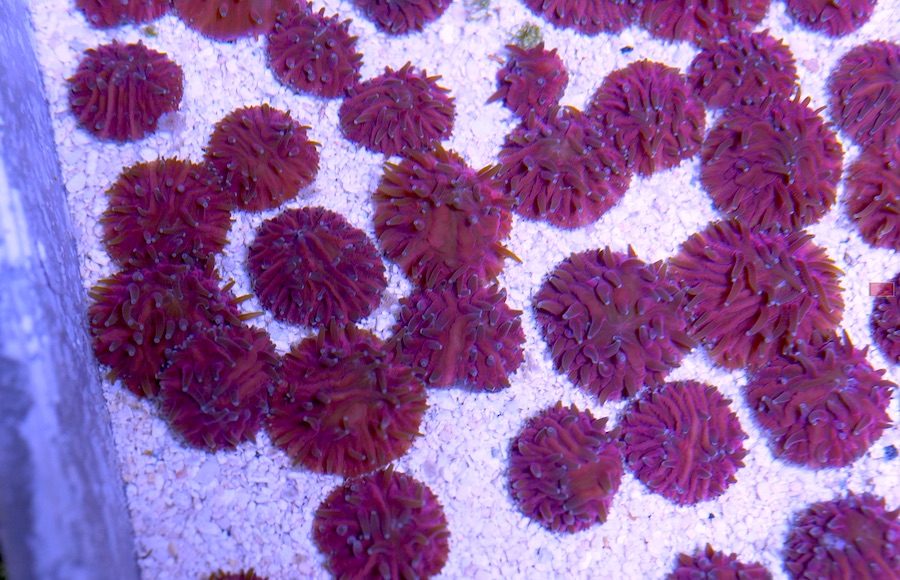 The Power Squeegee Works Better Than it has a Right to!