First Photos of Oreni’s Tilefish in the United States

It’s been less than one year since the first live photographs of Oreni’s tielfish were taken in the wild in South Africa, and already we have reports of this stunning slender fish making its way to aquariums in the U.K. and America. That initial live underwater photograph simultaneously extended this species’ range by a massive amount, and it put Hoplolatilus oreni on our collective rare fish radar. 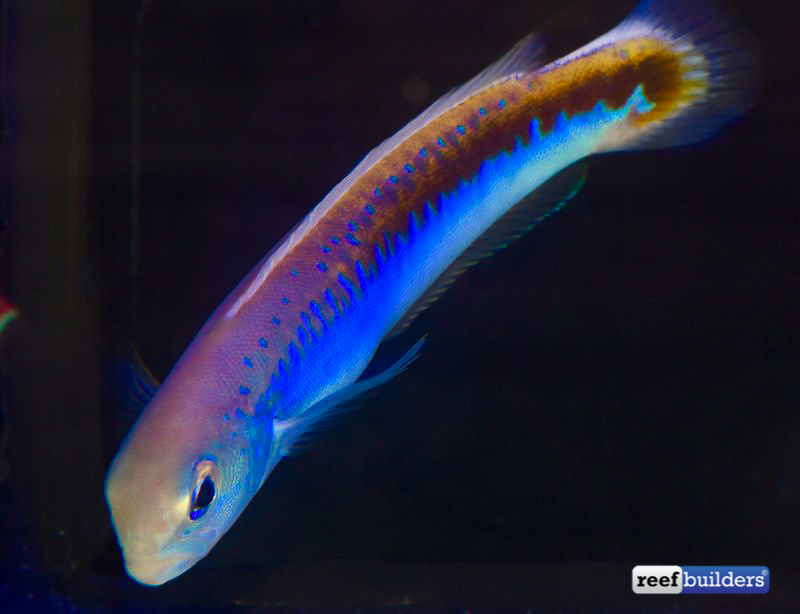 Lucky for us this month we have both fresh new closeup photographs of Oreni’s tilefish in unprecendented detail from Iconic Aquariums, and a video from UK YouTuber George Farmer. For starters the Iconic photos of Hoplolatilus oreni demonstrate that this species is even more photogenic than we ever thought, completely living up to our expectations in a group of reef fish that has some truly eye-catching species. 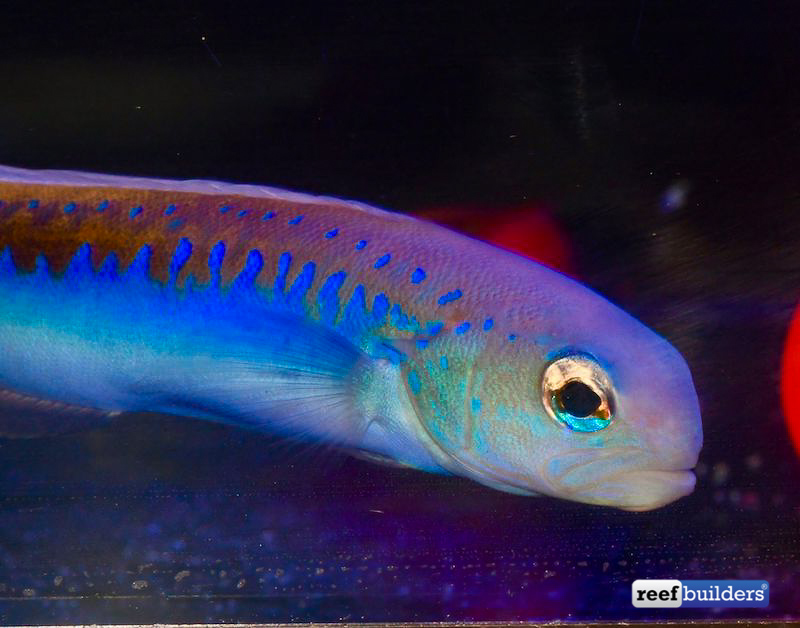 The first live photos hinted at the metallic blue zig-zag line and scattered blue spots on the flanks of Oreni’s tilefish. Iconic  has had their Oreni Tilefish for a over a month and the six inch fish has turned out to be among one of the calmest and least skittish tilefish they’ve ever kept, a very encouraging observation for a genus that usually tends to be very jumpy and likes to hid under rocks for a long time until they adapt to an aquarium environment. The specimen received by Iconic Aquariums is approximately six inches long and quickly took to regular aquarium foods and is curious enough to be easily photographed. 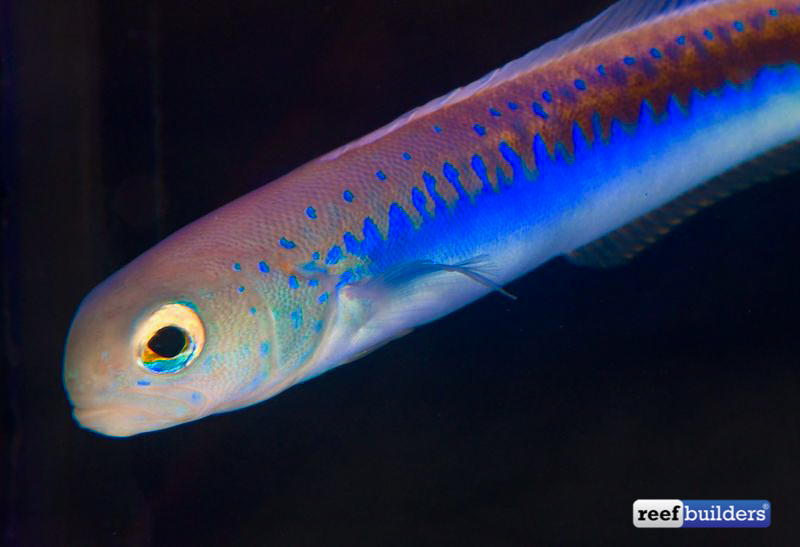 If you needed further evidence of the curious nature of Oreni’s tilefish then you need look no further than Mr. Farmer’s video of a pair of H. oreni he filmed at ReefKeeper Windsor in the U.K. Aquarists there also noted that this particular species of tilefish has been an exceptionally calm aquarium resident and their specimens, priced at £1750 (~$2100), are an extremely photogenic pair in the video below.

While Oreni’s tilefish have only just begun to appear in the US and UK aquarium supply chain, if history is any indication they are likely to remain pricey, but we could expect a small trickle of specimens offered on an irregular basis. This is partly wishful thinking on our part as we would love to see this species for ourselves and maybe add one or two to the Reef Builders studio should Oreni’s tilefish eventually become slightly more common in the global aquarium hobby. [Iconic Aquariums]