Carbon Fiber Pipe is the Ultimate Status Symbol of Plumbing

If you thought colored PVC pipe was cool, just way until you get a look at the carbon fiber pipe that is starting to be used in some very high end reef aquarium plumbing work. We’ve always kept on eye on carbon fiber pipes and tubing with some curiosity but it wasn’t until ReefStock Australia that we learned that it’s already being used in the reef world. 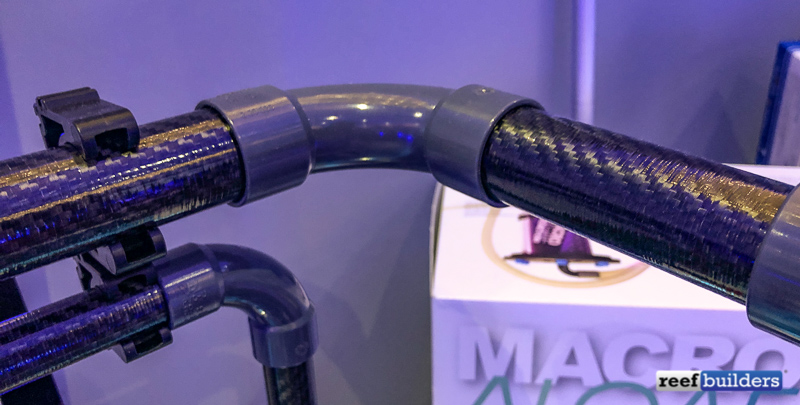 For 2019 ReefStock Australia exhibitor Aquabella showed off what has got to be just about the most ‘premium’ reef aquarium sump with gratuitous use of carbon fiber pipes, titanium fittings and more. Sam Parker of Parker’s Reef – himself a former performance motorcycle rider – was keen to get some details and share the information in one of his many videos of ReefStock Australia.

The benefits of lightweight carbon fiber parts are obvious for reducing the mass of high speed motorcycles and cars, so they can go as fast as possible, obviously. But what are the benefits of carbon fiber pipes and tubing in an aquarium application aside from looking very cool? The strength of carbon fiber means that the walls of the tubing can be much thinner, increasing the profile of the inner diameter and allowing more fluid – gas or water – to pass through with less friction. 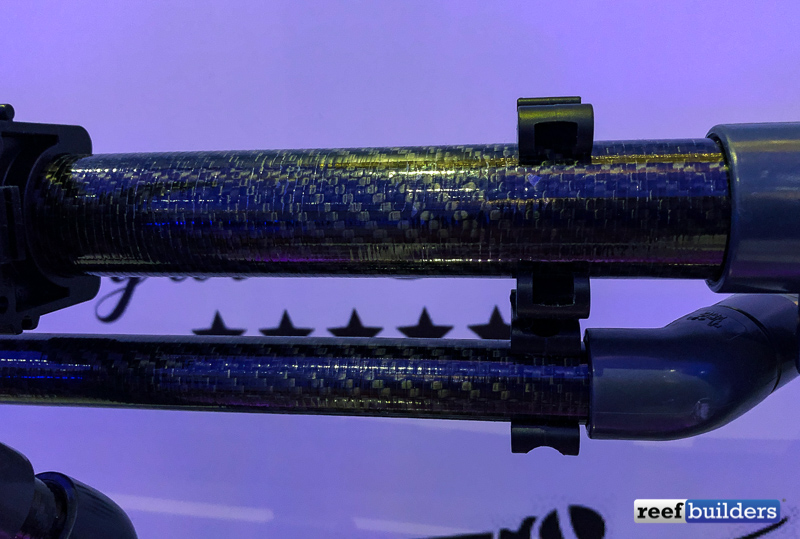 But who are we kidding, the real reason to using carbon fiber pipes in an aquarium application, especially a status symbol reef sump, is to telegraph to the world how filthy rich you are. We are not entirely certain how the carbon fiber pipe is sealed using standard PVC parts and fittings, but we do know that outfitting an average reef sump will set you back around $500, at least, but it could get much more expensive if you have lots of manifolds and or a particularly large reef tank to plumb up. 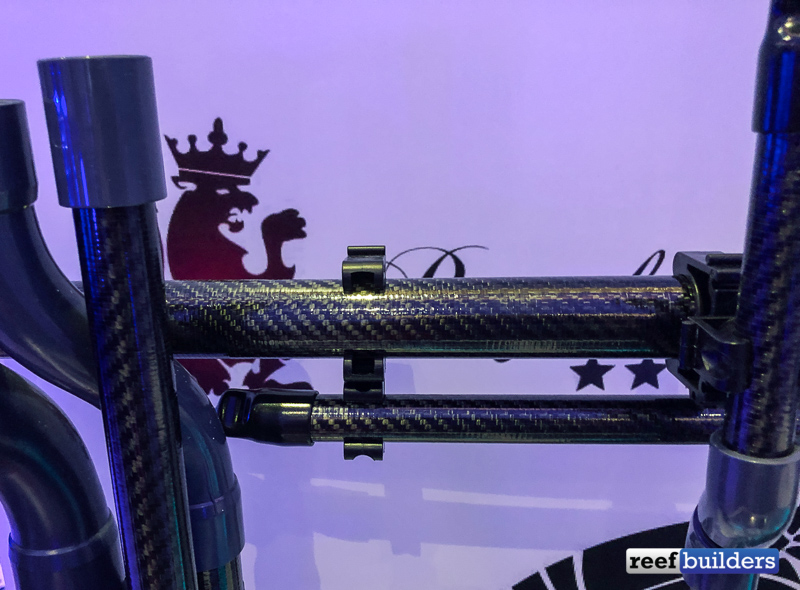