Corals are Migrating to Cooler Water, Shifting Towards the Poles

A recent publication from Yale university is highlighting the response of certain coral species to climate change. Observations are done on a daily basis in Japan, Australia, US east Coast, Hawaii… that an ‘unheralded ecological regeneration may be underway’ in which overheated tropical hard corals, are migrating to subtropical cooler waters. While struggling in their former habitat, they are proliferating between 20 and 35 degrees north and south of the Equator, with young refugee corals creating new reefs hundreds of miles from home.

The study used ceramic tiles to study recruitment larvaes in these areas. They discovered that Japan was one hotspot. South Carolina is another one in the Atlantic. Even though this shift is far from compensating for the lack of recruitments on tropical reefs, a lot of corals are lost in the tropical region before they can even move to subtropical area.

But some corals are on the move, and the map of coral reef is evolving very quick, with a lot of them disappearing and few new ones becoming noticeable. This study has two headline findings: First the bad news, the recruitment of new young coral on tropical reefs has declined by a staggering 85 percent since the 1970s. Even reefs that appear healthy are simply not reproducing. But the good news is that there has been a 78 percent increase in recruitment on sites studied outside the tropics because coral recruitment has been “shifting poleward,” 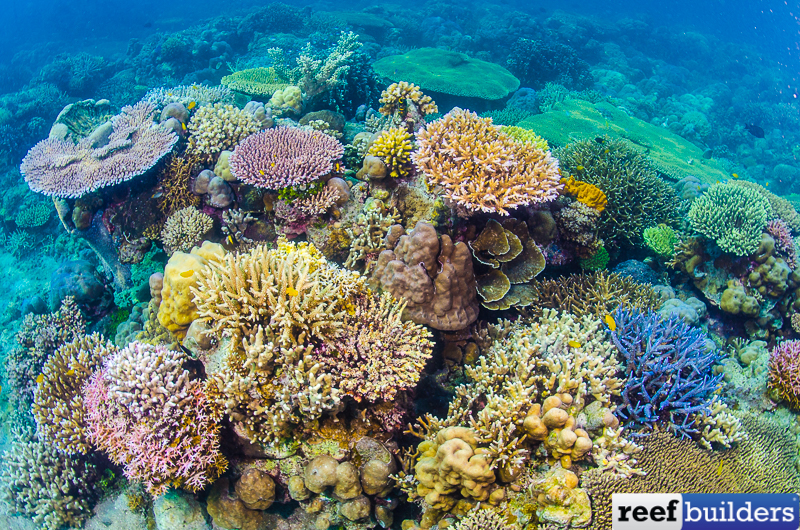 Together with coral, tropical fish are also following this trend with tropical fish such as rabbitfish, parrotfish or surgeonfish, even moving from the Red Sea into the Mediterranean Sea through the Suez Canal. These efficient algae grazers are actually helping the corals to settle as they feed on their direct competitors: Algae. So this is bad news for kelp forest for example, especially in Japan, and these will probably move north too. So whole ecosystem are shifting North. But there are limits to this shift, as ocean acidification looms so it’s hard to predict what the complete result of this ecosystem shift will bring, but nature is fighting it, with whatever weapons it’s left with.