Elegance Corals are an Affordable Substitute to Torch Corals

There’s a full-on Gold Rush going on right now with Torch corals, and that has multiplied the price into unobtainium territory for most people, ourselves included. We just can’t, in good conscience, spend hundreds of dollars for a single coral that just a year sold for a reasonable, especially when there’s a perfectly good ‘alternative’ to be found in the elegance corals.

Unlike the poor-man’s discus or poor man’s moorish idol, the Elegance Coral is not a shadow of the coral we are comparing it with, as in many cases it can make for an equally impressive showcase coral on its own. Like the torch corals there are many varieties to collect, the gold tip and orange tip are especially nice, but the pink and purple tips are nothing to scoff at either. 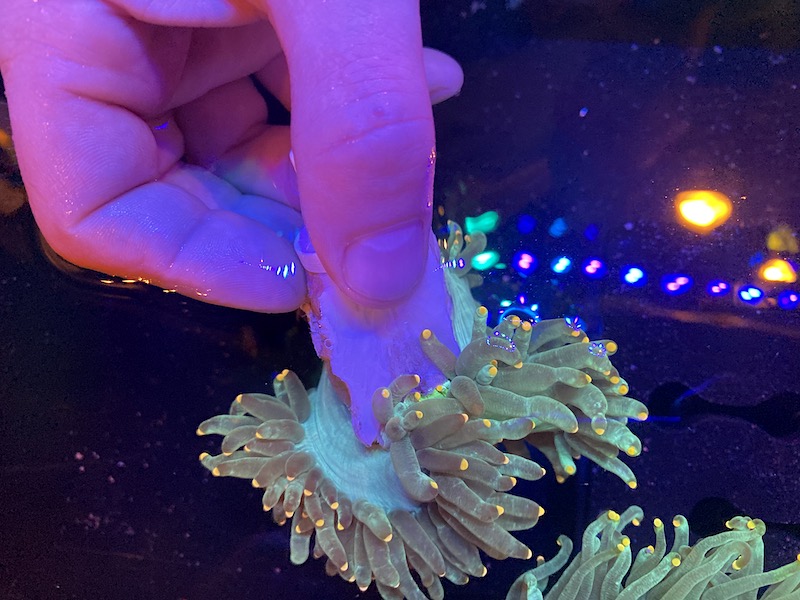 You might be thinking that elegance corals are usually collected and offered for sale as pretty large colonies, but there’s plenty of tiny specimens around, and better yet some reefers are having particularly good luck fragging them! Without any defined corallites to separate the coral, you might wonder how fragging them has been possible or practical, but it turns out that Catalaphyllia is much more amenable to fragging than they look.

Gold tip #EleganceCoral are getting a lot more love and appreciation, and some are even having luck in fragging them like Tank it Easy. #Catalaphyllia #lpscoral #CoralFrag

Tank it Easy was among the companies offering very nice, very healthy looking frags of gold tip elegance corals, and since they were fragged from a larger colony the frags were almost pocket change at around $45. You’d have to add a zero to that figure to even consider getting a torch coral of this quality and rarity, and we’re telling you that a fully open, expanded polyp of can be almost indistinguishable from a similarly large torch coral at a distance.

If the Euphyllia glabrescens bubble doesn’t subside sometime soon we can totally see elegance coral frags and elegance corals rising up the ranks of must-have species for the reef collectors. Elegance corals used to have an atrocious track record in captivity but we’re not sure where things changed or why, but we can tell you that nowadays the bigger concern is an elegance coral actually outgrowing your tank and becoming too healthy in a small aquarium.