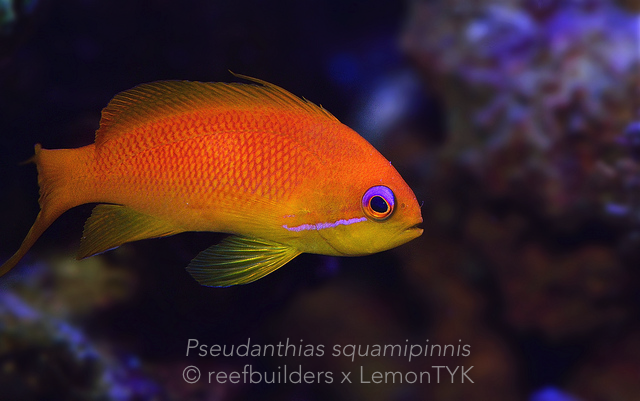 However this is the first time that P. squamipinnis has been captive bred deliberately, and in larger, commercial quantities which is the objective of the Marineland breeding program. The very popular Spotfin Anthias is a very common reef tank fish, its only weakness being that it can be hard to feed, and needs constant small quantity feeding. This hurdle could be a lot easier to overcome with Captive Bred specimen.

Eggs of spotfin anthias were collected from exhibit placing an egg collector on the tank in the evening. In the morning eggs are sorted and placed in a prepared 800 l (200 gallon) mesocosm – a living soup of phyto and zooplankton. A few thousands eggs were collected over 3 days while the mesocosm was filled with good density of Nannochloropsis and Isochrysis algae together with some copepods of the species Arcatia tonsa and supplied by Cfeed. 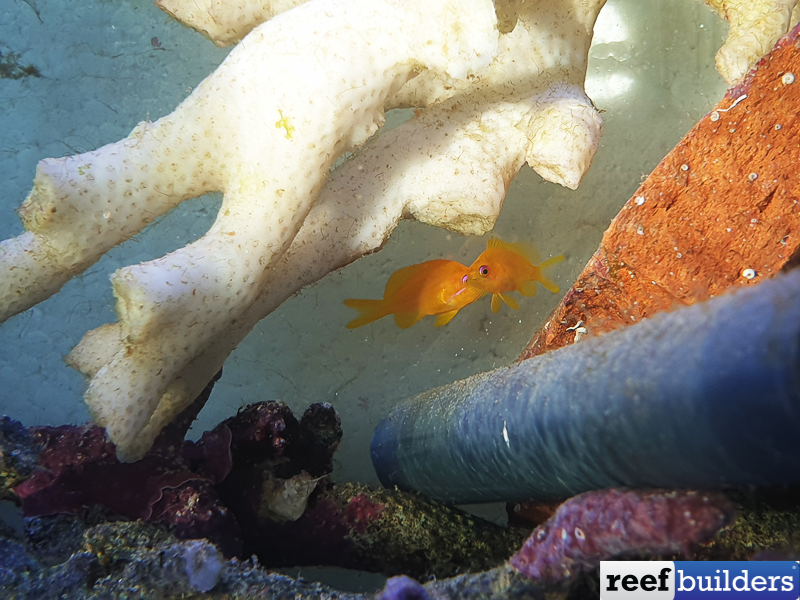 Then Larvae metamorphosed between 55 and 65 days after hatching, using only copepods as feed. Only four pieces came out of this first batch but the next batch is already under way, and the protocal is being tweaked to increase survival as this fish needs to be produced by the thousands.

There is nothing more spectacular than a large school of these colorful basslets swimming together in a reef tank so hopefully schools of captive bred and farmed specimens of the spotfin anthias will be more common in the future.

All photos courtesy of Jérôme Gillet.

How to Setup a Reef Tank Part 5: Adding Fish and Short Term Maintenance