Plectranthias ryukyuensis is a new species of our favorite group of basslets which as the name describes, come from the Ryukyu Islands of southern Japan. The new Ryukyu basslet is closely related to the similar looking Plectranthias sagamiensis which is occasionally enjoyed by rare fish aquarists in Japan.

Unlike the Sagami basslet however, the Ryukyu basslet has a much more restricted distribution that we know of, consisting only of the Ryukyu Islands whereas the Sagami basslet is known from most of Japan, the Philippines and Southern Indonesia. Like so many of the Plectranthias, especially the newly discovered species, the depth range for the new P. ryukyuensis lives beyond what is easily reached by recreational SCUBA, having been trawled at 120 to 270 meters deep, or between 393 to 885 feet! 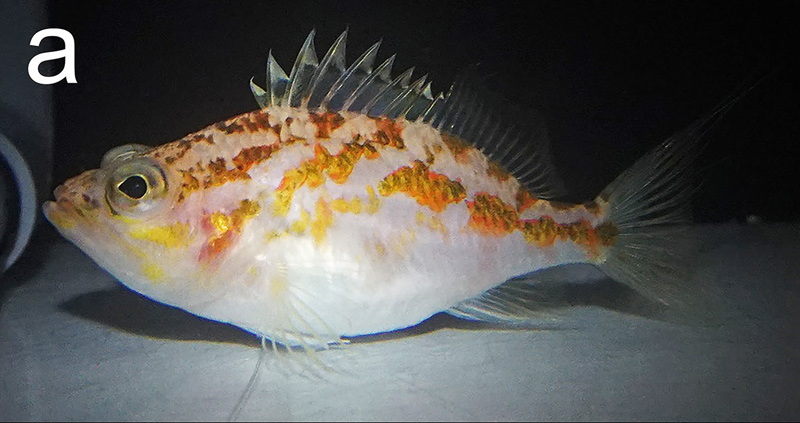 Plectranthias ryukyuensis is not the most colorful species in the genus, having a mostly pale white ventral area that is colored with orange to brown blotches on the upper part of the body, trending towards more yellow near the face and pectoral fin. The description of Plectranthias ryukyuensis brings the number of Japanese species to nine, and a global total of 54 Plectranthias, but there are surely many more waiting to be discovered in the mesophotic reef around the world. [Ichthyological Research]

Tetra Connect Automatic Feeder is App Controlled and only $49