Reef building stony corals are not picky about where they grow in tropical regions, but one prerequisite is having something to grow on. This limitation of sorts means that there’s huge areas of sand in between hard bottom where most corals can’t grow, but researchers at the Israel are trying to develop a workaround by treating corals like sod grass. 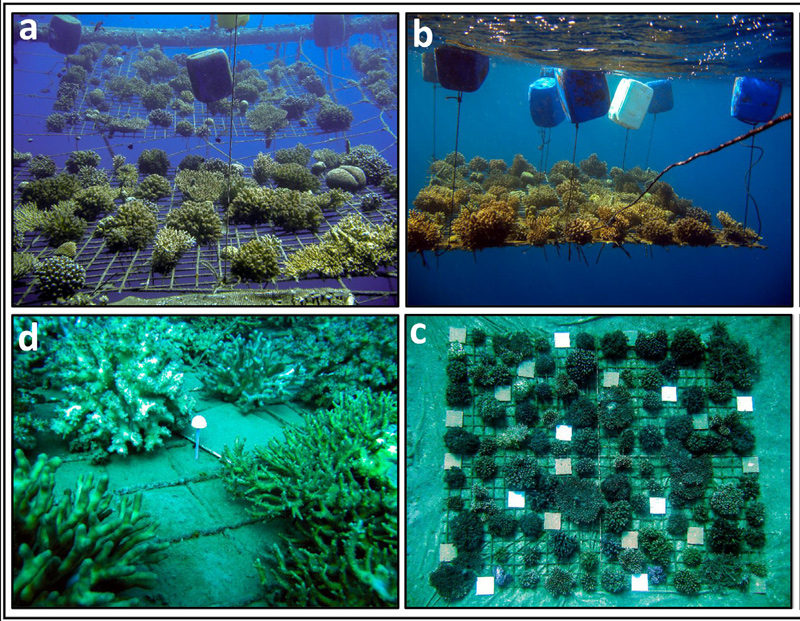 This bio-geoengineering project aims to transform wide sandy zones which are not suitable for coral growth into areas with new, flourishing corals which over time, will become a self-sustaining coral bommie complete with their own microenvironment. The live coral carpet project began with a nursery phase by building coral nurseries floating in midwater using a mixture of branching and massive stony corals.

The branching coral species included Acropora, Stylophora and Pocillopora while the massive species were represented by Porites, Goniastrea, Platygyra and Echinopora. Bare ceramic tiles were also attached to the metal frame to estimate how much coral recruitment was taking place, both from the corals planted on the frames and from larvae in the water column. 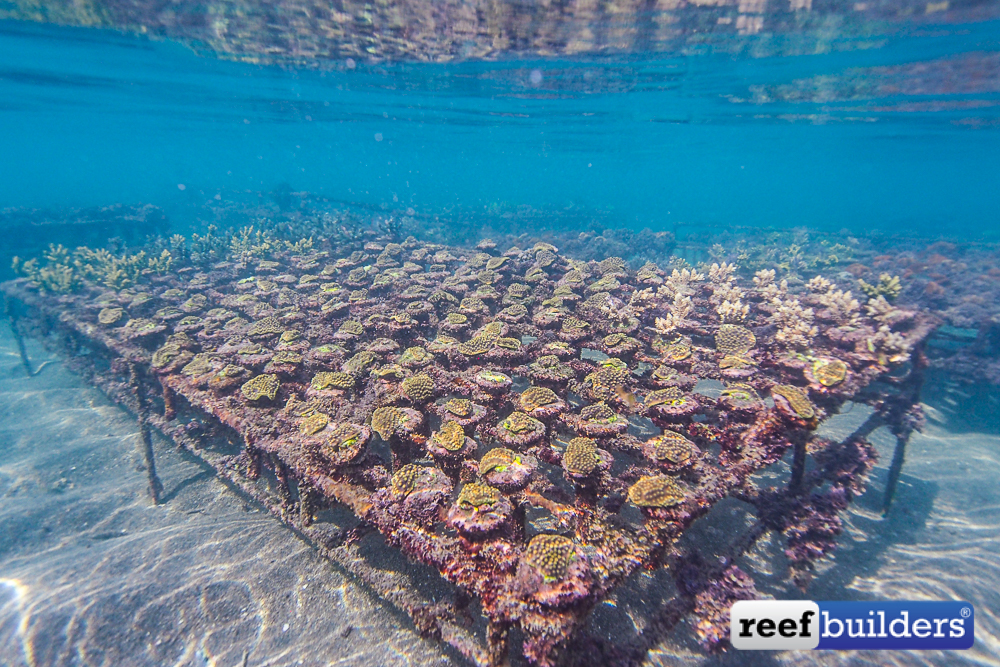 After almost a year and a half between the floating nursery phase and months sitting on the soft bottom environment, the live coral carpets had increased from around 50% cover to more than 60% coverage. A ten percent increase may not sound like much but if any reef environment gains a ten percent coverage of living coral within a year, after a decade you’d have 100% coral cover, and this is a huge increase in living coral population compared to a desert of fine sand.

READ  The Indonesian Coral Trade is Business As Usual

In a way this is not so different from the metal rebar tables that coral farmers use to grow cultured corals for the aquarium hobby. Over time some of these coral tables become so overgrown that the tables collapse, with all the extra large corals becoming one large new bommie in an area where corals couldn’t grow before. [ScienceDirect] 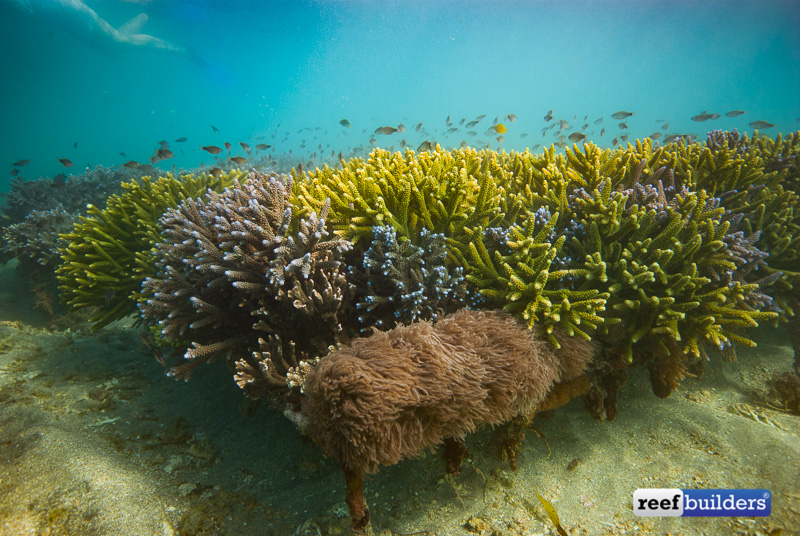 Is Hand Sanitizer Safe Around Aquariums?