There’s a curious little coral that we’ve been on the lookout for ever since first learning about it in the 2001 release of Charles Veron’s seminal Corals of the World. You most likely already know about Porites and the closely related Goniopora but Poritipora, which sounds like a portmanteau of the two previous genera, is a closely related coral with tiny corallites and polyps that we’re just now beginning to understand and recognize. 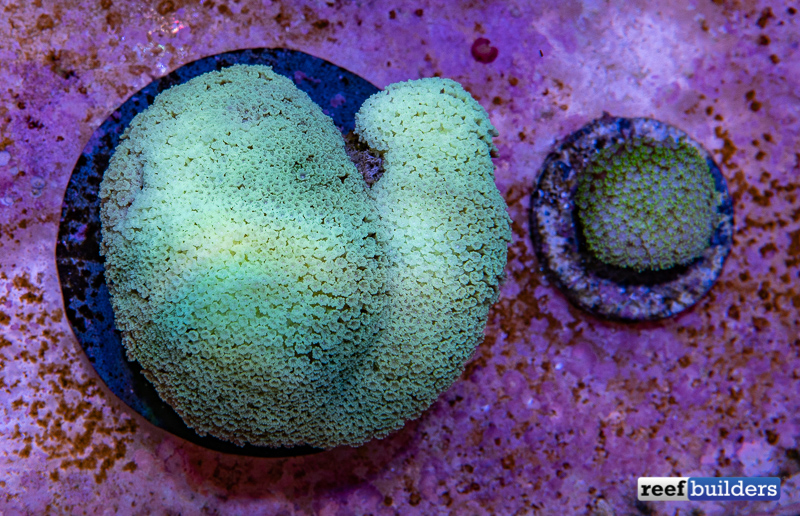 In its original description we were given only a couple photographs of tiny colonies of ‘Poritipora’, mostly skeletons that made it hard to recognize or appreciate what is special or unique about this coral. Fast forward to 2014 when a whole lot of genetic and molecular analysis was performed on many different groups of LPS, shedding light on this mysterious tree of life, and giving us Micromussa lordhowensis, Homophyllia, Australophyllia, Bernardpora and more complete understanding of how they relate.

Buried within the scientific analysis and jargon of these several studies was the inclusion of ‘Poritipora’  as well as some other obscure cryptic corals described as Calathiscus from the Gulf of Oman. Nevermind the fact that that genus was later renamed to Machadoporites, the long and short of it is that both of these and Poritipora were synonymized with Goniopora. 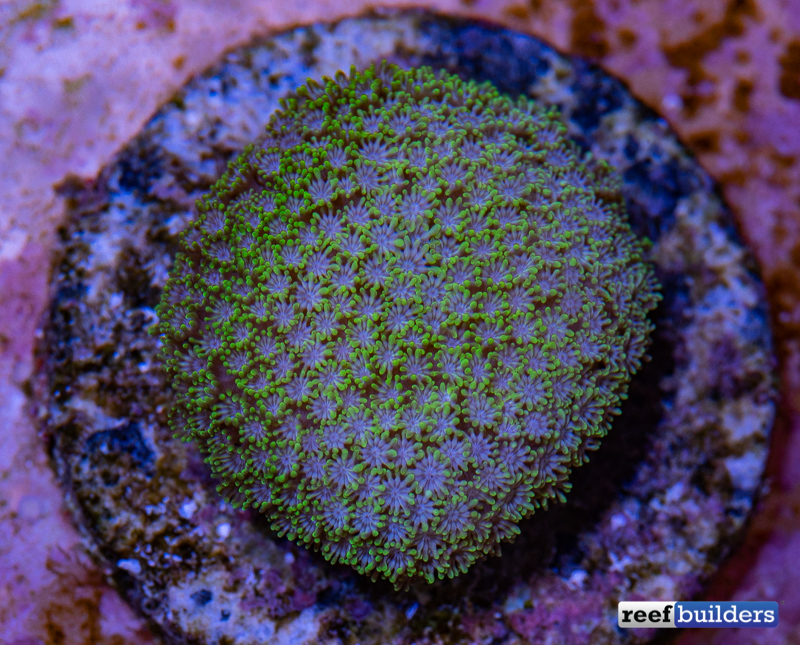 With this newfound information in hand we realized that the coral formerly known as ‘Poritipora’ was basically a teeny, tiny flowerpot coral and it just so happens that we already have two pieces in our collection. The first tiny one inch ‘colony’ has been growing from a frag we obtained from Eye Catching Corals, which we initially believed to be ‘Poritipora’ but became convinced by others that it was just a tiny polyp Goniopora – guess we were both right.

The other piece of what is now most accurately called Goniopora pailformis was given to us by Mile High Corals at ReefStock earlier last month and it’s this ‘large’ three inch colony which revived our interest in this peculiar coral species. The tiny and short polyps can easily be confused with Stylocoeniella but that genus is mostly encrusting while Goniopora paliformis grows into a familar, ball-shaped flowerpot colony. 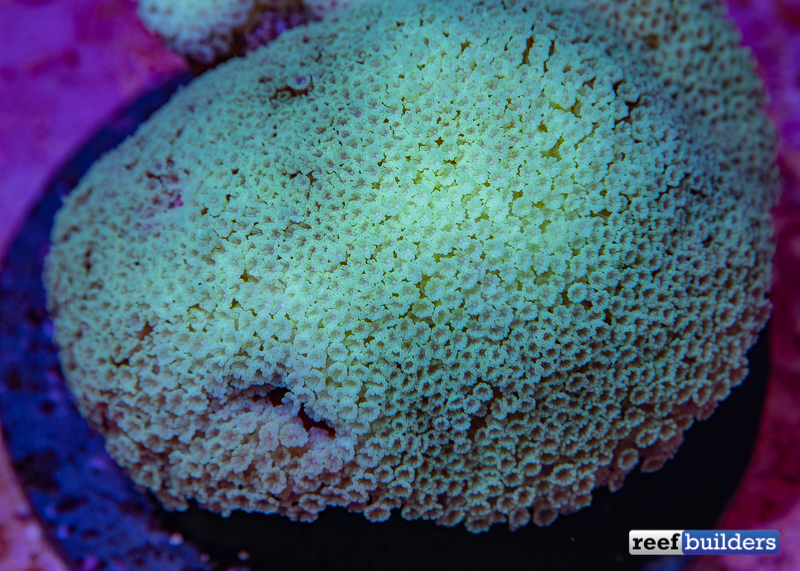 It’ll be interesting to observe how much this coral grows out into a typical flowerpot colony, how large they can become and if the polyps get any longer. We are aware that we tend to write about seemingly cryptic, unusual corals that seem like no one will ever notice but it’s articles like these that tend to begin a conversation, and hopefully we can look forward to seeing a following of ‘Nano Gonies’ and collectively learn more about and see more colors and strains of this little known coral.