Is This the Dinoflagellate Treatment We’ve all been Hoping for?

Being a reef aquarists, means dealing with nuisance algae, parasites, and other pests… Cyanobacteria, AEFW, Red Bugs, and who here remembers that pink cotton candy algae (Callithamnion)? But dinoflagellates are usually just a pit stop in the succession of algae in a new tank.

Like diatoms, we would just ignore Dinos and usually they went away. Sometimes they needed a little help with something like a three day blackout or spiking the pH. But something has changed with dinoflagellates lately in that they have become a chronic plague for many hobbyists, including me. 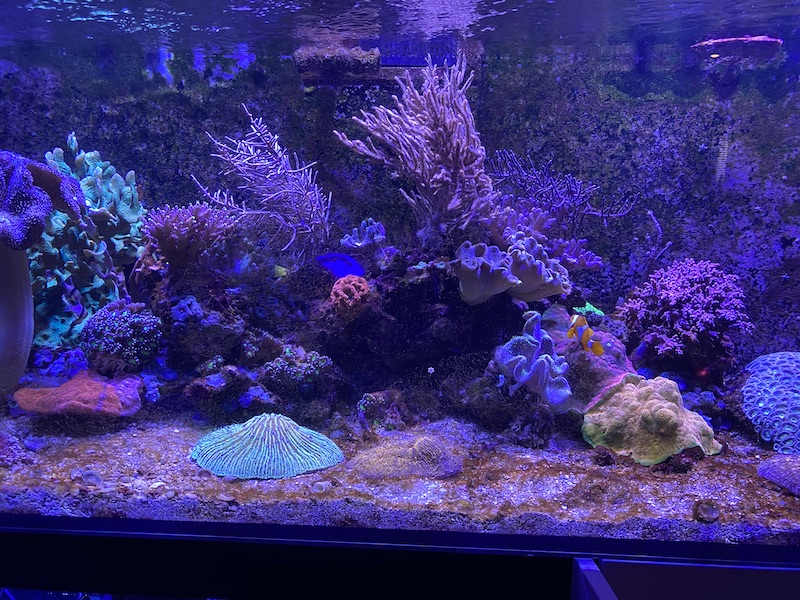 I’ve enjoyed this hobby for decades, and Dinoflagellates are the first pest that had me considering a break from reef-keeping. Both of my reef aquariums would get dinoflagellate outbreaks whenever I would make small changes.

Corals struggled to grow and thrive while covered in the brown snot. I actually converted my smaller reef aquarium into a freshwater planted system, because it was in a more prominent area of the house, I couldn’t stand looking at it.  On the larger tank, I tried all the recommended solutions: UV, copepods, raising nutrients, peroxide, You name it. Then I stumbled on a forum post and youtube video by a reef2reef user, hankacrank.

In the video linked above he describes setting up a second tank which inherited dinoflagellates from the original tank but the dinoflagellates disappeared after a week in that second tank. He then noticed that the preset heater was faulty in this aquarium, as it was running at a much higher 83 degrees. This led him to raise the temperature in his orignal tank as an experiment and sure enough, the dinoflagellates went away!

After watching his video, I decided to try the same. I raised my tank temperature from 78 to 82 degrees low and behold, the tank cleared up in a week. Not a trace of dinoflagellates anywhere. After spending hundreds of dollars on suggested solutions, all it took was punching in a higher temperature in my aquarium controller. The remaining question is whether this solution will work for others. And if so, why does it work? Also, what happens if I set my tank back to the original 78 degrees?

If you are struggling with dinoflagellates, it might be worth running your tank at 82 degrees for a while. It was not uncommon for reef aquariums to run at that temperature a decade ago, due to the heat generated from metal halides and AC driven pumps. Perhaps that’s why they were not a common an issue back then.

Maybe the prevalence of DC pumps and LED lighting has resulted in cooler reef aquariums, and new challenges. If raising the temp works for you, be sure to give a shout out to the guy who made this youtube video.

May 11, 2020
Site Sponsors
Reef Builders is Supported by: