Moseleya latistella is a very interesting coral that gets virtually zero airtime in the mindshare of reef aquarium hobbyists. This is completely understandable since most colonies of Moseleya – we couldn’t even find a common name for it – are a ‘rare’ shade of grey, brown or imaginary green that you just don’t see in aquarium stony corals. 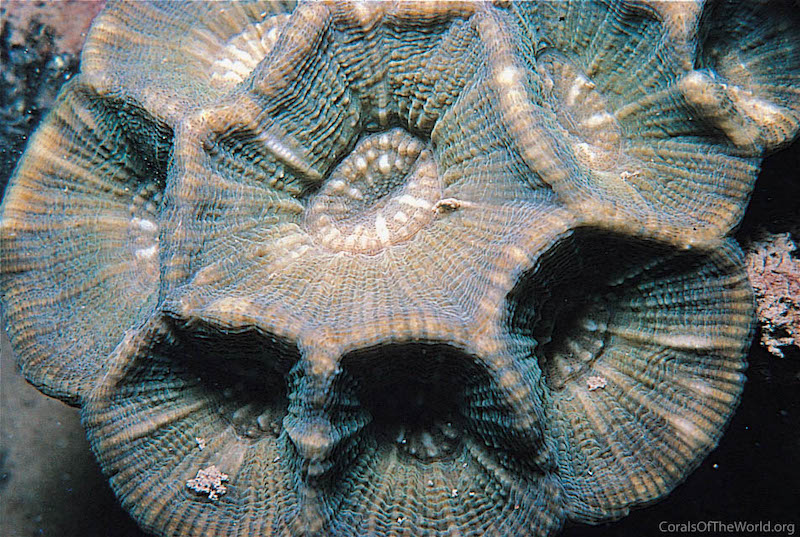 Before we ever saw a Moseleya in real life, and when the diversity of aquarium corals was quite limited, we always thought how cool and interesting this species looked in pictures. When Australia began exporting corals in 2007 Moseleya was among the corals we were excited to see for the first time but that enthusiasm was quickly tempered once we saw the narrow range of earth tones this coral showed up with.

Greys and browns and army greens, very rarely with hints of orange-ish stripes would sometimes be visible where the corallites meet. With such a wide variety of colorful corals available in the hobby these days we never found a colony of Moseleya latistella that we simply had to have, until now. 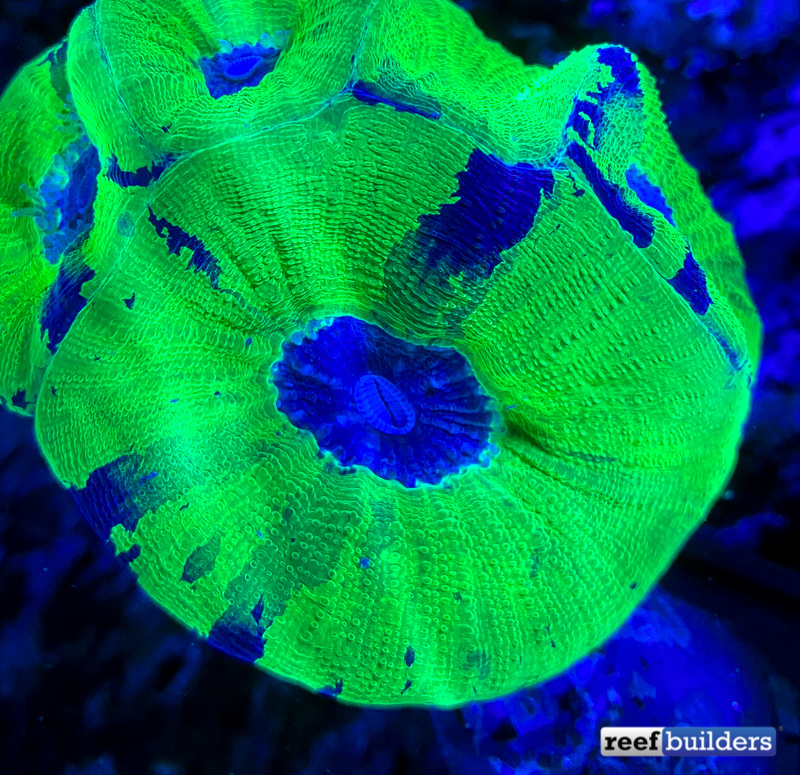 Two months ago while browsing online coral pictures we spotted a strikingly neon green Moseleya latistella from Eye Catching Coral that really caught our attention; the color was so green with few subtle dark streaks adding a touch of contrast. However the photo made the coral look almost ‘artificially’ green, so we expected to receive a more subdued version of what was illustrated. 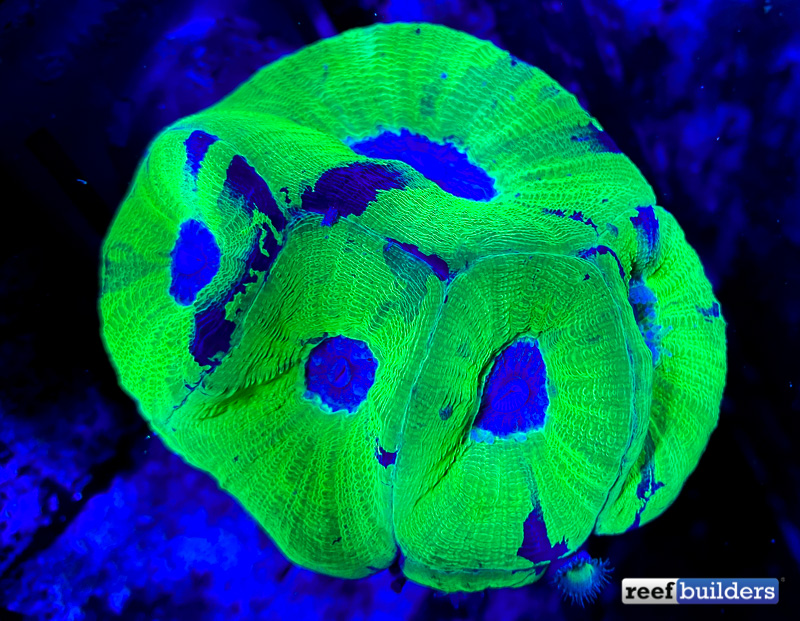 After seeing hundreds of Moseleya that could really benefit from having their colors photoshopped in real life, we were floored when we received the first colony that could reasonably be described as neon and fluorescent. Whether in daylight spectrum or full blue light with color correcting filters such as in these images, this Moseleya has really captured our attention and has remained as bright and eye catching as when we first got it. 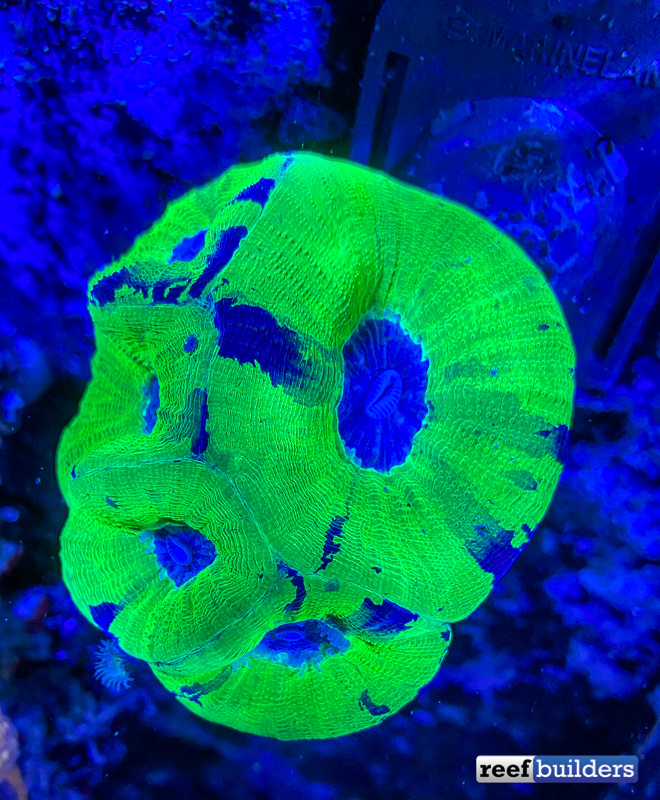 Since we’ve never kept this species before and had no room for it on the bottom of the tank where this coral could be easily appreciated, we decided to try a creative mounting option so that this coral’s orientation could be easily adjusted. We glued a maxi-jet ball mount to the back of the tank and attached the coral to the piece that would normally slide into the powerhead, giving us 270 degrees of freedom on how to direct this coral towards the light. 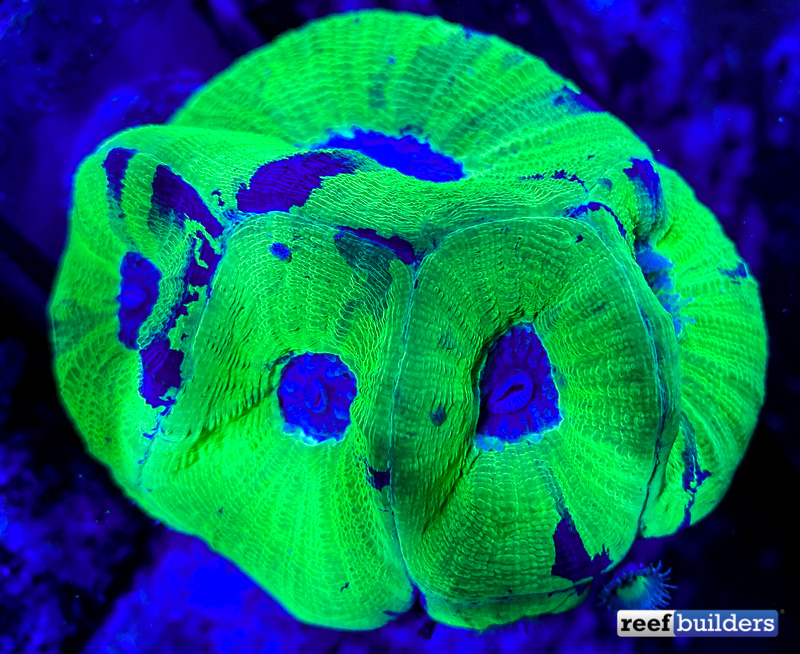 Where we have it placed within our basic, 40 gallon LPS aquarium the Moseleya is placed in a top right corner  kind of floating in midwater just underneath the return outlet. In this position the Moseleya has become even brighter and the polyps are so puffy that it almost looks like a colony of Homophyllia bowerbanki until you notice the squared off to polygonal shaped corallites. We wanted to want a colony of Moseleya for almost thirteen years and we’re so glad we finally came across a colony that is truly exceptional for this monotypic genus.u

Halimeda Ghost Pipefish is More Unusual Than You Can Imagine