Top 10 Benefits of Keeping Mollies in a Saltwater Tank

Saltwater mollies are one of the least celebrated fish that aquarists can keep in a saltwater tank and this is very unfortunate. Of course all the new salt hobbyists are drawn to the hyper bright colors of saltwater fish compared to freshwater species but if you’ve been keeping SW fish and corals for some time, and/or have a few different tanks, mollies can be an incredibly unique addition to a saltwater tank with benefits that very few other native saltwater fish can provide.

It’s no secret that over the more than two decades of our marine aquarium career we’ve been perhaps overly excited and interested in keeping the Poecilia mollies that are much more typical of a freshwater aquarium. Every video we publish of our saltwater aquariums usually shows some mollies that we have among our fish populations, and every time we are asked “how” and “why”.

After more than two years of constant requests, we’ve finally put together our video on our streamlined method for acclimating freshwater mollies to our saltwater tanks. And as an added bonus, we’ve put together a list of the top 10 benefits of having mollies in a saltwater aquarium which we believe you’ll agree, places them in a unique position relative to all saltwater aquarium fish species.

Diversity of Colors and Strains – There are so many colors and varieties of mollies that domesticated clownfish could only dream of. We don’t play with the scoliosis-mutated balloon mollies but other than that, there’s no saltwater fish as black as a black molly, as white a platinum white molly, not to mention the sailfin, longfin, lyretail, gold dust with new varieties constantly being developed around the world.

Widely Available – One big bonus to mollies is that you can find them literally everywhere; we obviously prefer to support our independently owned local fish stores, but if you live in a rural area your PetCo/Petsmarts/PetLand can get you some mollies you can enjoy in a saltwater tank. 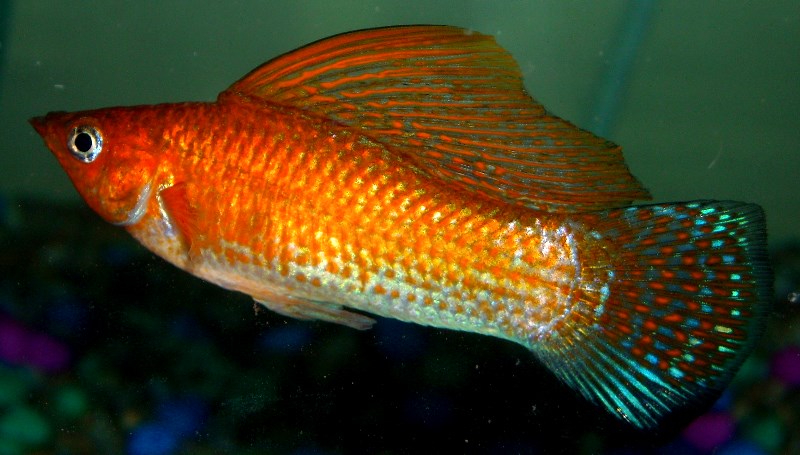 Cheap – To be clear, we wouldn’t have nearly the same kind of enthusiasm for mollies if they were anywhere near the cost of saltwater fish. But depending on the strain, you can get basic mollies anywhere from $1.99 for black, white or dalmation mollies all the way up to around $7.99 for large showy male sailfin mollies, usually in colorful yellows, gold and orange. We’re not complaining about the cost of saltwater fish, but it does make you think how many mollies can you get for the price of one clownfish or one small tang.

Hardy – Mollies are extremely hardy and they are uncommonly used to cycle freshwater tanks, and this goes for saltwater tanks too. In the video we do discuss the range of survivability among the sexes and strains, so give it a watch if you want to learn more. 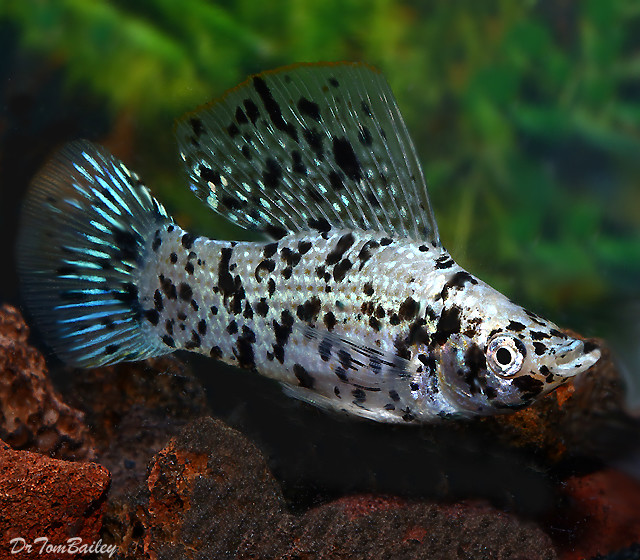 Algae Eating – Let’s face it, there’s always a need for more ways to eradicate and manage algae growth in a saltwater aquarium, especially in newly setup tanks that are still working on becoming established. It’s astounding how much work mollies do in a saltwater aquarium, eating a variety of undesirable algaes – especially biofilms that lead to algae growth – before they grow out of control.

Cleanup Crew – If you think hermit crabs and snails help keep a tank clean, you haven’t seen anything until you’ve watched mollies go around an aquarium eating every little bit of uneaten food. They won’t pick at corals unless there’s something to graze on from the coral tissue, but their lips are gentle and will only cause the polyp to withdraw if they do. 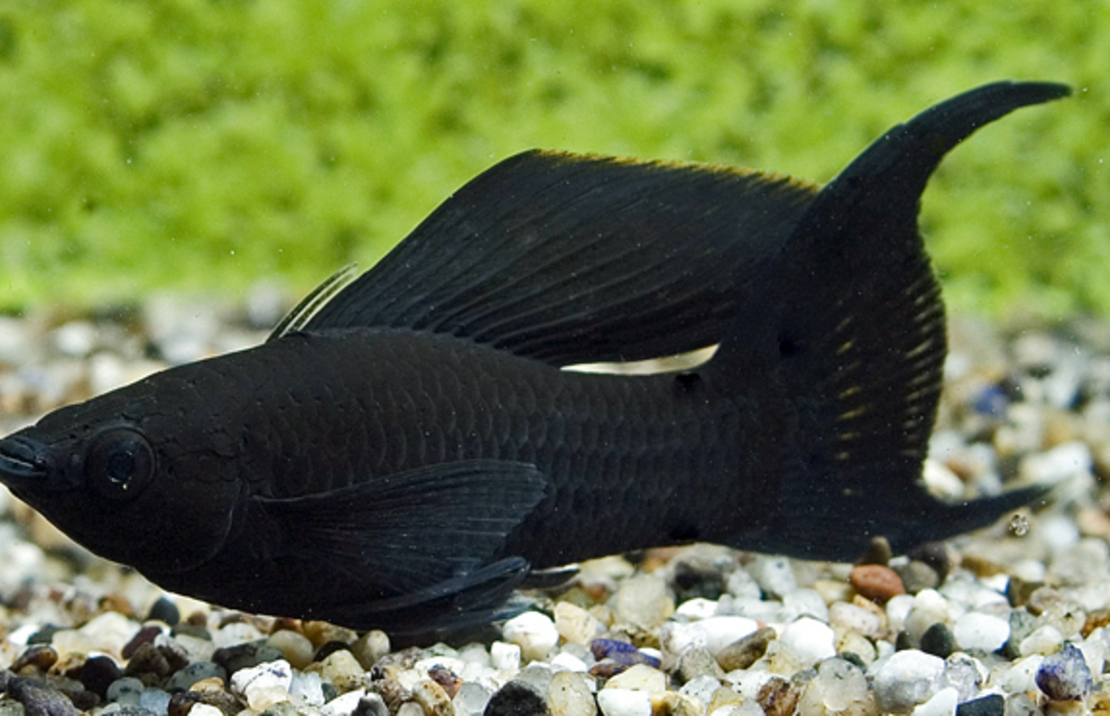 Live Bearer – Mollies are known to be live bearers and males spend all their energy trying to mate with the females, and this is no different in a saltwater aquarium. We often find baby mollies in all of our sumps, with the hardiest newborns surviving going down the pipes, filters, skimmers and somehow refuging in a calm area of the filtration chamber. These native born saltwater mollies are going to be very hardy and will be the first members in your self-sustaining population of live bearing mollies.

Very Active – No matter what you think of mollies, whether you like them or don’t, mollies are very active fish that constantly swim around the tank, almost never retreating to hide anywhere, and add a lot of movement and action to any tank they are in. 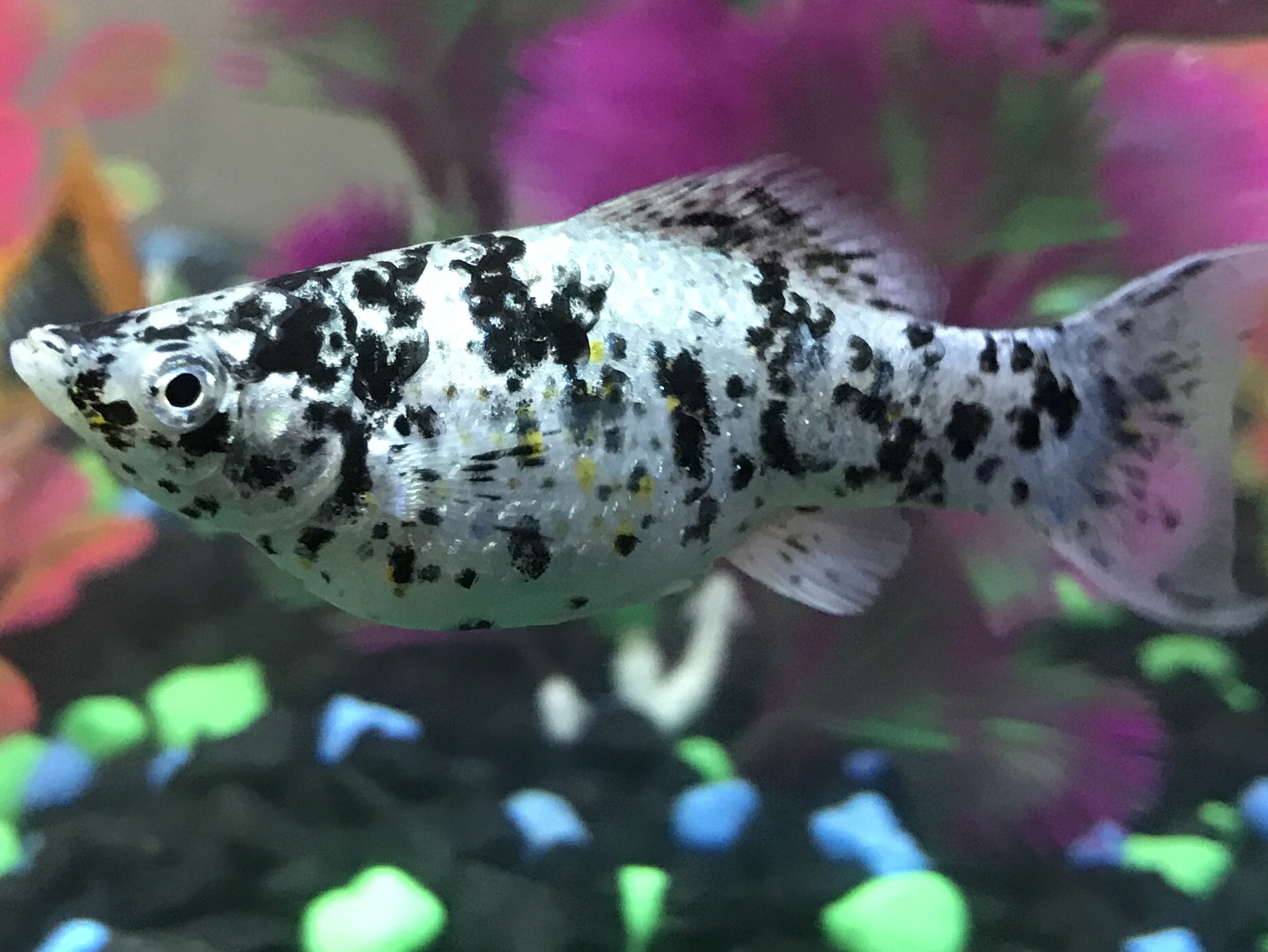 Dither Fish – The bold nature of mollies and their very active nature performs the function of ‘dither fish’ that is well known in freshwater tanks, but not as often recognized in saltwater tanks. Having ‘dumb’ active fish swimming around the surface and all around gives other fish a sense of clam and some reassurance that it’s all clear to come out so that you can enjoy them.

No Quarantine – Quarantining new marine fish is a necessary if not widely celebrated aspect to getting new saltwater fish. Just like COVID an asymptomatic fish can introduce nasty pests or disease to your aquarium, and you can’t really treat a tank full of sensitive corals and invertebrates. But since they are coming from FRESH water, newly acclimated mollies can be added pretty much directly to a saltwater aquarium without fear of introducing any disease. 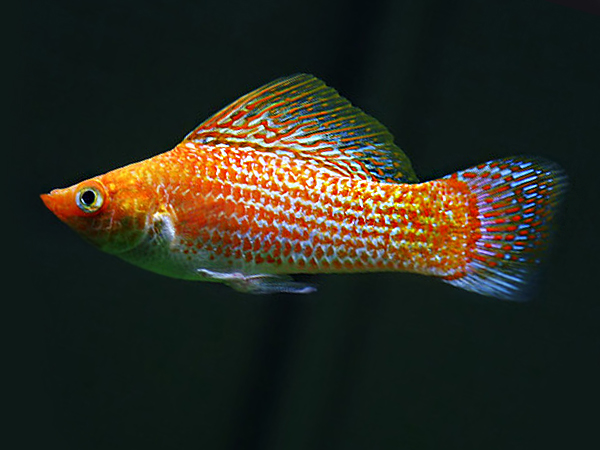 What Should You Add First To A New Saltwater Reef Tank