Making good photographs and videos of fast swimming fish is no easy task, and it takes a lot of practice, trial and error to know how to work a particular camera for the job. The challenges of focusing on fish is compounded in an aquarium where cameras have to focus through both the glass and the aquarium water, so any improvements in this department are very welcome to fish photographers. 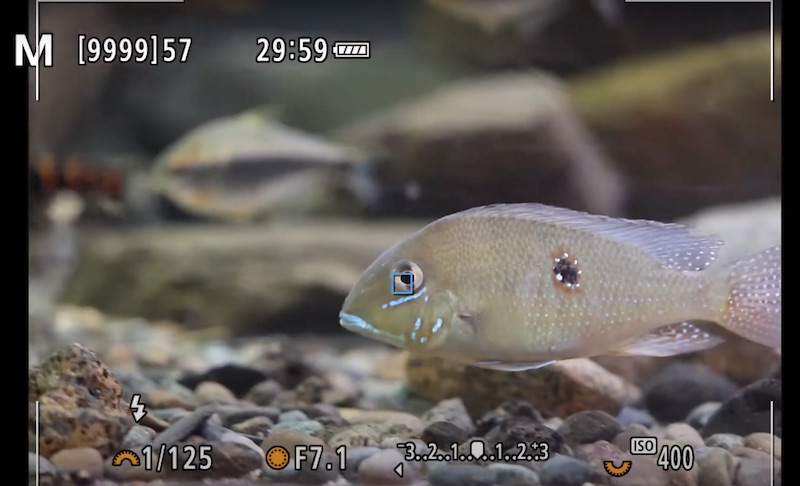 Focus tracking is a feature that is already available on a number of mid range and higher end cameras, and for human subjects this kind of focusing tends to focus on the eyes of a person in the frame. However this year Canon released a firmware update that expands this eye-tracking feature to be able to focus on the eyes of animals, and we’ve been wondering if this works on fish as well. 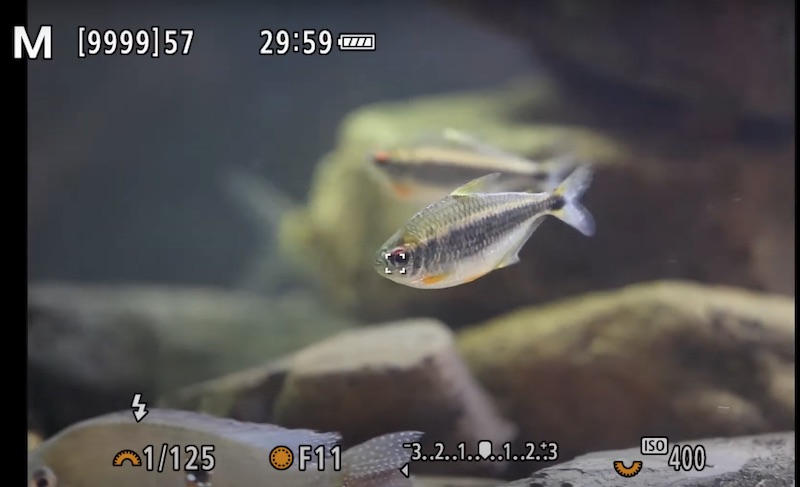 This is doubly impressive when you consider that many fish species have fake eyespots called ‘Ocelli’ as well as bars and stripes that intentionally hide the eye from would-be predators. Despite these challenges, Oliver’s video review of the feature mentions that he scored more than 80% focused images out of 100 shots.

Just as we would have a hard time discerning the real eye of fish with bars and eye spots, the camera also occasionally focused on the false eye, or large dark spots, but by and large in the video you can see the Canon R5 eye tracking feature stays on target more often than not. This incredible feature is currently limited to certain models of Canon cameras but we can only hope that it trickles down to other camera makers, and maybe even smartphones, so one day more people can take great photos of their fish with the cameras they use the most.

Big thanks to Oliver Lucanus for putting together this test video of the Canon R5’s animal eye tracking feature. If you also have a knack for freshwater fish, and enjoy seeing fish in their natural habitats, his channel Below Water is packed with great footage of many interesting fish species in their actual biotopes.

Fluval Roma is not Quite a 'Bluetooth Aquarium', but it Will Be