Stigmatopora harastii is a brand new species of pipefish with a bright red coloration to hide amongst a particular habitat of sponges and red algaes. It’s surprising that the discovery was made in Australia’s Botany Bay, right there in the harbor of Australia’s capital city of Sydney, New South Wales.

The discovery was made as far back as 2002 by underwater SCUBA divers in Jervis Bay 50 miles south of Sydney and was subsequently also documented up the coast further north. The bright red coloration of Stigmatopora harastii is quite striking on its own but it’s almost perfectly camouflaged within the red sponges and algaes that typify its preferred habitat. 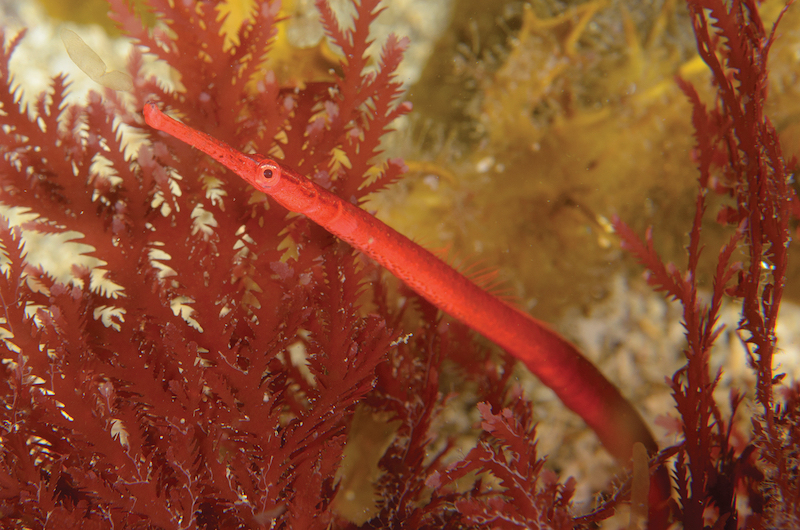 The new red pipefish was described from a few type specimens which are by no means small, each of them being right around 5.5 inches long. The top of the snout features irregular pale white spots and males are sexually dimorphic showing a stripe of large elongated spots clustered around the midline.

With so many divers obsessed with macro photography of benthic and cryptic marine life it truly is quite surprising that it took so long for Stigmatopora harastii to be discovered and described. The new Harasti’s pipefish is named after David Harasti who helped first identify the red pipefish as a new species and who has contributed to the conservation of various pipefish species around Australia. [ZooKeys]