VCA SPS Kit Makes Salinity Probes Work Like They Should

The VCA Salinity Probe Stability kit is a very interesting ensemble of accessories that appear to do wonders for making salinity probes work a heck of a lot better. If you’ve ever used a salinity probe you already know how finicky they can be about measuring and reporting a stable salinity reading, often blamed on improper water movement, or microbubbles interfering with the conductivity reading.

We have always assumed that the erratic salinity measurements from these types of probes was due to this technology being shoehorned to do something that they were never designed for, but to our surprise Vivid Creative Aquatics has developed an ingenious and very effective solution. Conductivity probes work by measuring the flow of electricity between two probes and the resistance is measured as  conductivity which itself is proportional to the salinity in our saltwater aquariums. 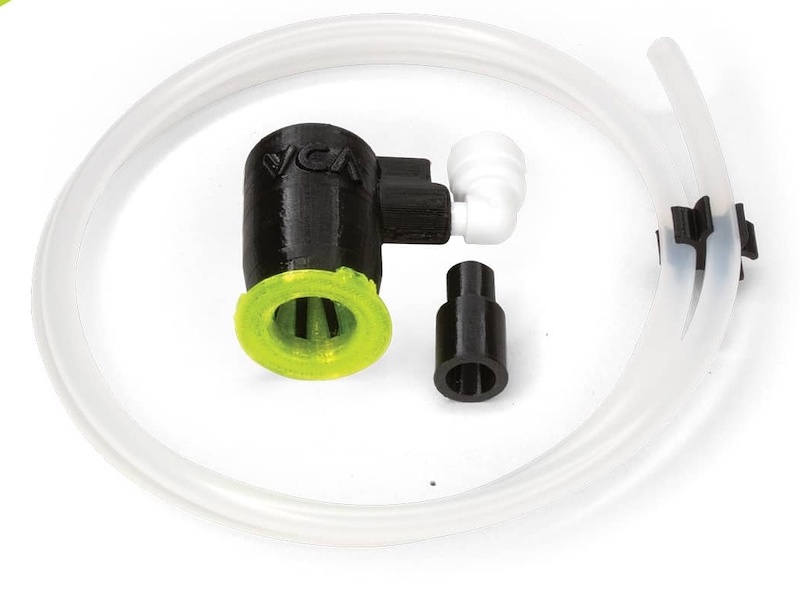 However these conductivity/salinity probes are very sensitive to variations in pressure and these changes translate into erratic measurements as evidenced by everyone’s salinity monitors ticking up and down wildly. In order to combat this the VCA Salinity Probe Stability kit creates a small sort of water chamber through which a gradual flow of water is provided, thereby resulting in a micro environment of stable water pressure around the salinity probe and its enclosed dual electrodes.

As you can see in the salinity graph below, the VCA SPS kit creates a very stable pressure condition that smooths out the variability that has come to be associated with using conductivity to measure salinity. For a reasonable sum of $28 the VCA SPS kit makes salinity probes function better than we’ve ever seen and the only slight catch is that you will need to provide a source of flowing water through the device which can be provided by a very small pump or teed off an existing water distribution manifold. [VCA] 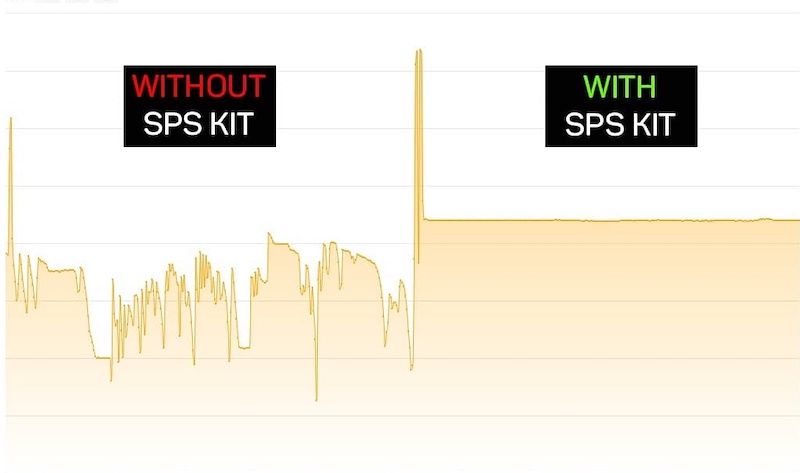 Reef Shows are Back Baby! Video Tour of Reefapalooza Orlando

May 21, 2021
Site Sponsors
Reef Builders is Supported by: