IceCap PRO Turf Scrubber is one of the Cleanest ATS

The IceCap Pro Turf Scrubber is a new line of in-sump ATS with one of the cleanest designs we’ve seen in this rapidly growing product category. The first detail of the ‘Pro’ version of IceCap’s algae turf scrubber that caught our attention is that it doesn’t have the usual exposed external LED light panel that hugs the sides of almost every other model on the market. 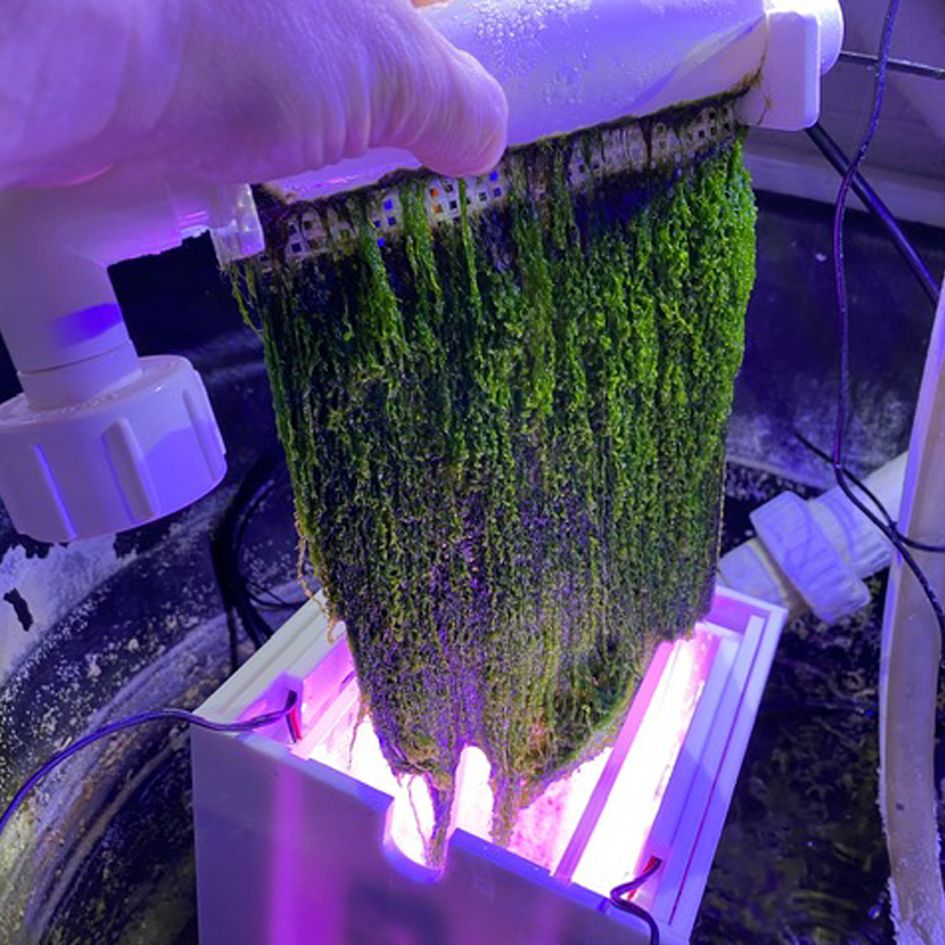 It might be more of a cosmetic difference about the IceCap Pro ATS that first got our attention but with the benefit of several different design iterations this new self-contained ATS addresses many of the small problems that can plague DIY microalgae scrubbers. IceCap is offering the Pro version of their Algae Turf Scrubber in three sizes, a small version with two 7 watt LEDs, and 11 x 6 inch footprint capable of up to 250 gallons per hour, a medium with two 14 watt LEDs which is a little bit bigger and can handle 500 gallons per hour, and a large version with up to 36 watts of LED power which can handle up to 800 gallons per hour.

The IceCap Pro Turf Scrubbers come with a dedicated feed pump which is plumbed with two unions as well as a ball valve for flow control and starts at a very reasonable $249 for the AGS Pro 100. There is a lot of nuance to having success with using algae turf scrubber as a major source of nutrient export, but with the IceCap Pro Turf Scrubber you’ll probably have the hardware side of the equation pretty well locked in and it won’t look like the machine was cobbled together in someone’s garage. [CoralVue]