Cypho purpurascens is a Rare Dottyback You Can Actually Get

The oblique-lined dottyback, Cypho purpurascens, is a gorgeous and hardy little fish which deserves to be a lot more popular in the reef aquarium hobby. Growing to barely three inches long, this cherry red fish has beautiful blue accent lines around the face and fins, and a pattern of thin diagonal lines crating a metallic edging to most of the scales along the body. 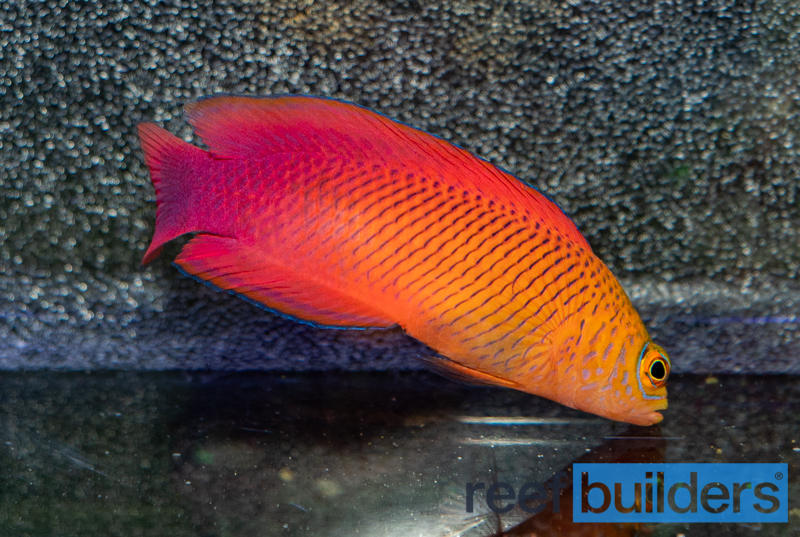 This highly recognizable color pattern is much more distinctive in male oblique lined dottybacks as females will generally be much less red overall with more subdued blue lines across the body. We were fortunate enough to acquire a fully grown specimen of C. purpurascens which is in the tail end of a long conditioning period but we thought to turn the spotlight on this feature rich fish before letting it loose in a large reef aquarium display where it will be much harder to photograph.

In many ways the two species of Cypho dottybacks are miniature forms of the Dampieras of the Labracinus genus like the black barred dottyback that was recently redescribed but their smaller size makes their territorial behavior much easier to manage. Since they don’t grow very big they can’t do all that much damage should they turn their aggression on other tank mates and if they are added last to the reef tank population they should settle into a suitable hierarchy with a wide range of popular reef fish. 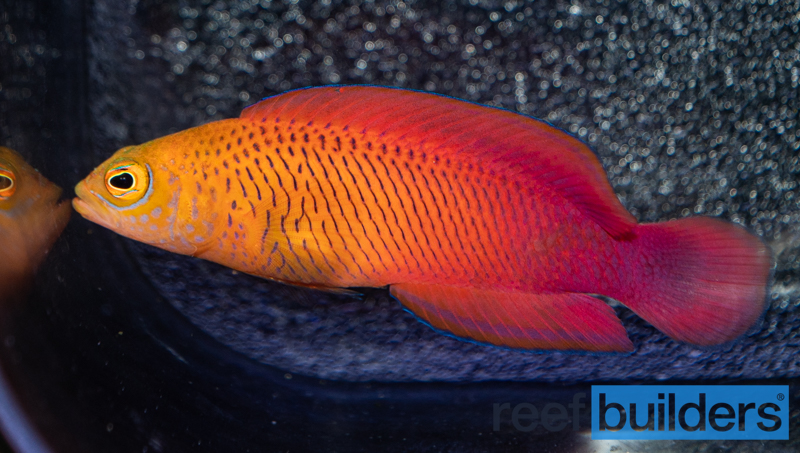 Although the oblique line dottyback has a distribution overlapping well with aquarium collections and prefers to live in brightly lit shallow waters, this dottyback is very cautious and will dart quickly into the reef rock if it senses danger, and this behavior carries over into captivity where the fish will rarely stray far from the rock aquascape. Interestingly, Scott Michael has reported observations of C. purpurascens being a protandrous hermaphrodite, meaning that it can change sex to being a female if kept in the absence of ‘social cues’ such as the presence of other fish.

Having seen this fish while diving we thought it would be a lot more cryptic and reclusive than we’ve experienced in a four foot tank with an assortment of other fish but it doesn’t hide nearly as much as we expected. With this initial encouraging signs we sincerely hope the personable nature continues when we move our nice male oblique lined dottyback specimen to a large, rock-filled reef aquarium display with innumerable hiding places. 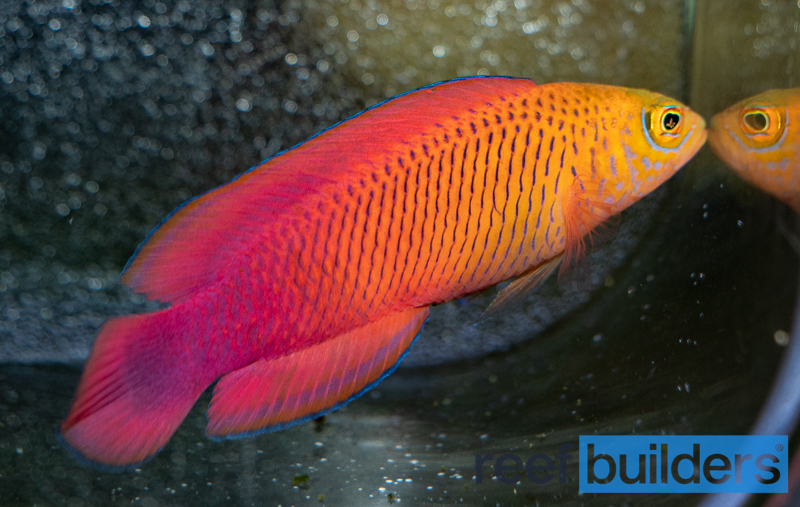 The Funnest Part of Reefing with Happy Little Corals