Chalice corals of the Echinophyllia genus can have some of the boldest colors and wildest patterns and in the name of keeping tabs of how awesome they can be, we’ve featured a wide diversity of so-called rainbow chalice corals over the years. Acid Trip, Melting Pot, Rainbow Road, Splatoon and many other examples of these semi-plating coral colonies have dropped our jaws since they really started becoming infrequently available, and a new specimen we are calling the Fruit Salad is continuing to raise the proverbial bar.

For all intents and purposes the Fruit Salad Chalice looks like an artist drizzled eight different colored paints all over a hand sized colony of Echinophyllia and allowed the mixture to flow and blend all over, around and through the different medium sized corallites. We’ve all seen some crazy rainbow chalice corals in person and in pictures but something about the Fruit Salad Chalice, especially its orange-heavy pigmentation, is a new level of radical coloration, even for a rainbow chalice coral. 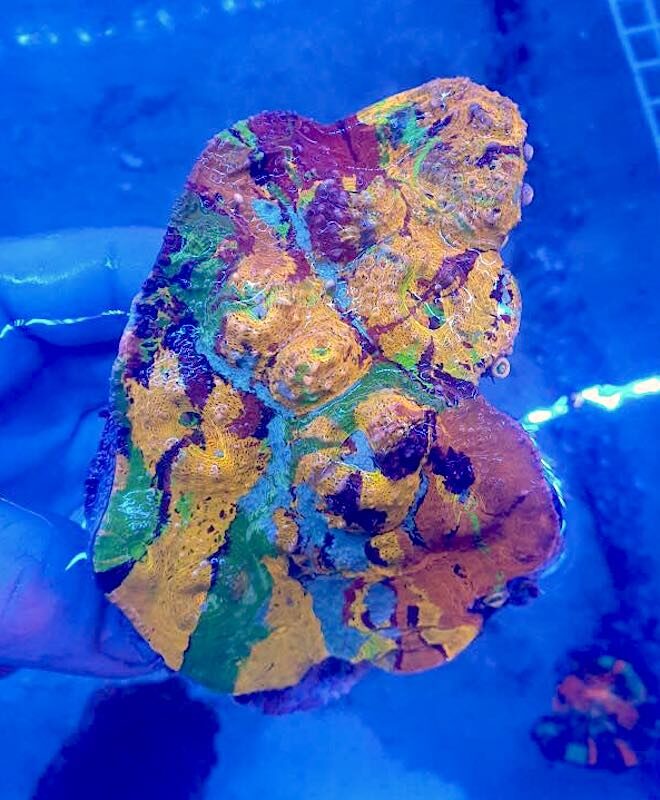 This particular chalice coral was discovered in Queensland, Australia by Cairns Marine who were kind enough to send us some additional photos of this unforgettable colorific coral. Without question this particular colony of Echinophyllia is one of the most ‘sensational’ we’ve seen in a very long time and we sincerely hope it finds a home at an aquaculture facility where it can be earmarked for propagation so frags can be distributed far and wide. 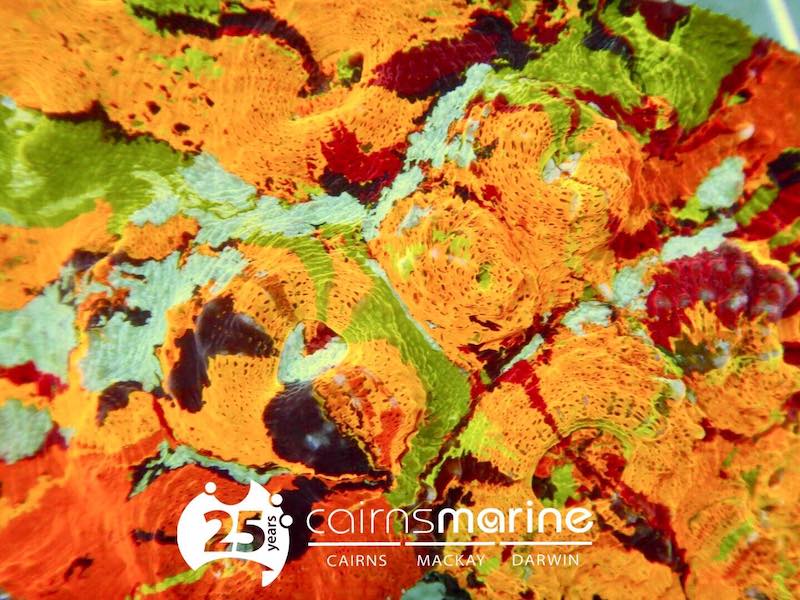