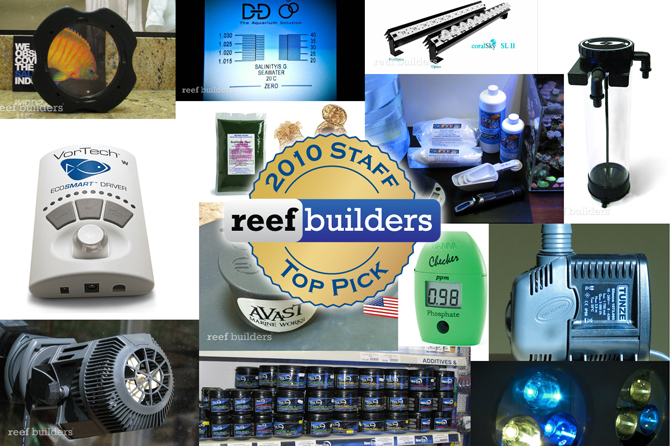 It’s hard to believe that a whole year has passed since we last published our list of best aquarium products of 2009. If you needed any indication that 2010 was a big year for aquarium products, consider that last year our list included only ten products and this year the list is double. More so than any other year, 2010 has been a year for new features and true, next generation performance from the pumps, the lights and a wide range of aquarium gear. Many of the reef aquarium products released in 2010 will shape the future of the reef aquarium hobby. Congratulations to all the manufacturers who made such awesome products this year and we can’t wait to see what you’ll be serving up in 2011. Continue reading for the best aquarium products of 2010 and if you fell in love with some particular products this year, that’s what the comments are for. 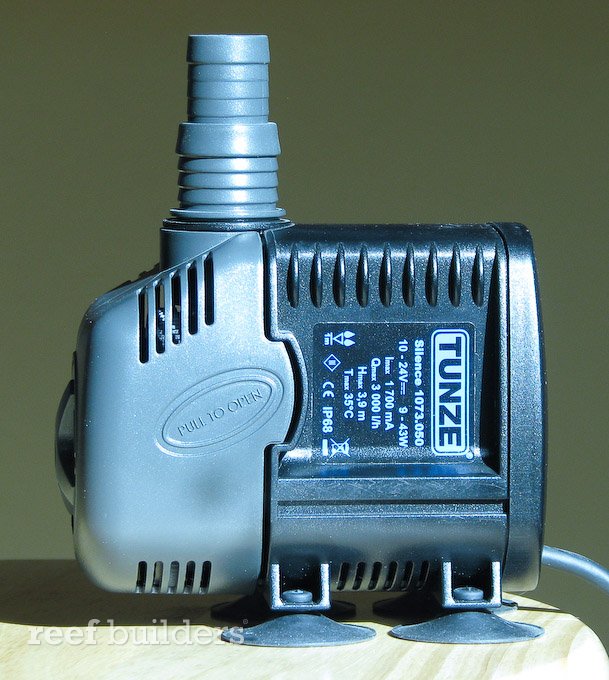 A quiet and efficient centrifugal water pump that is made in Germany for a couple hundred dollars is always a deal. But to get the Tunze Silence Electronic and all of it’s controllability for that same price is an absolute steal. The Tunze Silence Electronic can interface with popular aquarium controllers making it one of the most versatile water pumps in the hobby. At just two hundred bucks and really simple operation, we really look forward to seeing what kinds of cockamamie application reefers will execute with this water pump. 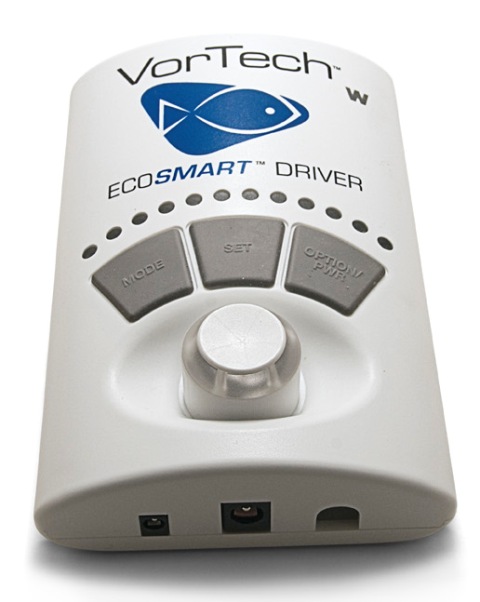 You may be wondering why we didn’t select the MP60 for this award and simply put, the new large vortech is a beast, but making a large magnetically coupled prop pump is an old hat trick from EcoTech Marine. The Ecosmart wireless protocol and the new and improved controllers are a much more significant milestone for the aquarium hobby and Ecotech has already worked with a few controller makers to get third party hardware talking to the vortech pumps. Although the Ecosmart wireless protocol is currently only being used in Vortechs, we see the Zigbee powered wireless chips making their way into all kinds of aquarium products in the future. 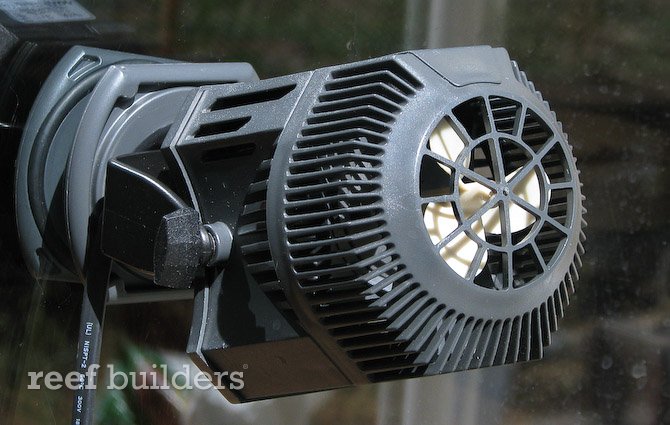 The Sicce Voyager 10 propeller pump is absolutely sick when it comes to moving massive amounts of water, and we mean ‘sick’ in a hip, off-the-hook kind of way. When holding this pump underwater while it is on (extremely not recommended), the force of the water flow is enough to push your hand back and it feels almost like a little outboard prop motor. Combine the performance of the Sicce Voyager 10 with it’s dead-silent operation, high efficiency and a sub-$200 price tag and you’ve got one of the highest value propeller pumps ever built for reefing. 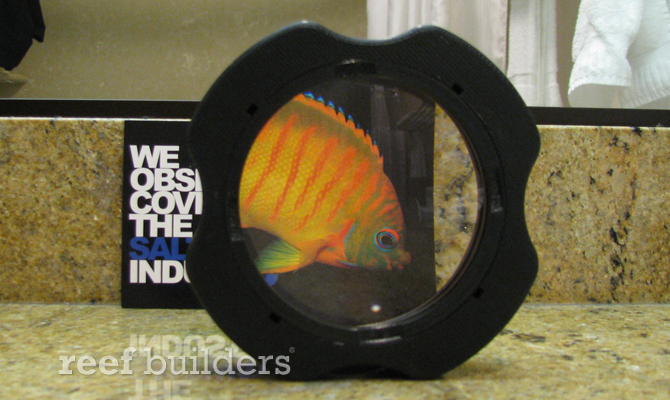 The IVS Portal is one of the breakout hits of 2010 which was totally from left field. This innovative viewing device is at once a large magnifying glass that magnetically grips to the aquarium glass, and while they were at it IVS applied a little scrubby material and added algae cleaning to it’s spec sheet. There have been some criticisms about the difference in functionality between this $65 viewer and any old $10 magnifying glass. For starters, the glass of the specially designed for aquarium viewing and at least the four inch version allows for bifocal magnified view which is unlike anything we’ve ever seen before. Trust us, you can neigh-say all you want but you will understand what we mean when you see one in person. 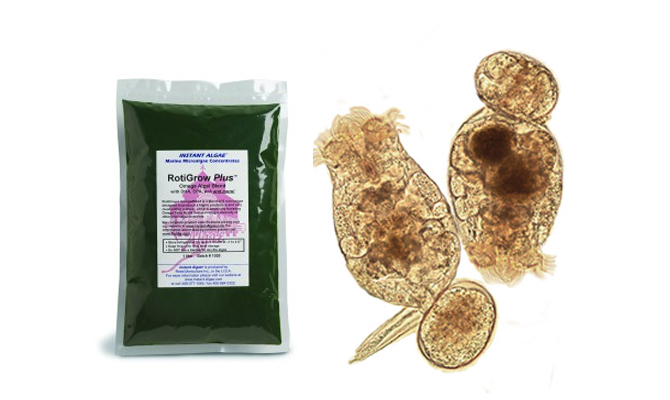 The Roti-Grow system is a brand new method of raising the most nutritious rotifers possible from the undisputed global leaders in aquaculture feeds, Reed Mariculture. Our very own Matt Pedersen absolutely fell in love with the RotiGrow system when one batch of captive bred dottybacks turned out unexpectedly high survival and growth rates. When you consider the massive momentum in the breeding world with the relative ease of growing juicy rotifers using the RotiGrow System, we get goosebumps imagining what kind of marine breeding breakthroughs we can expect for 2011. 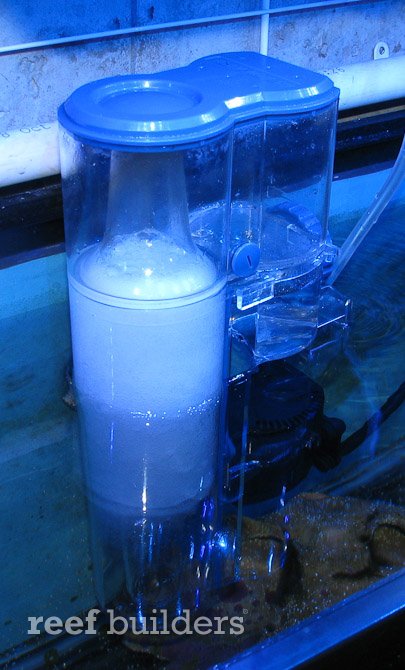 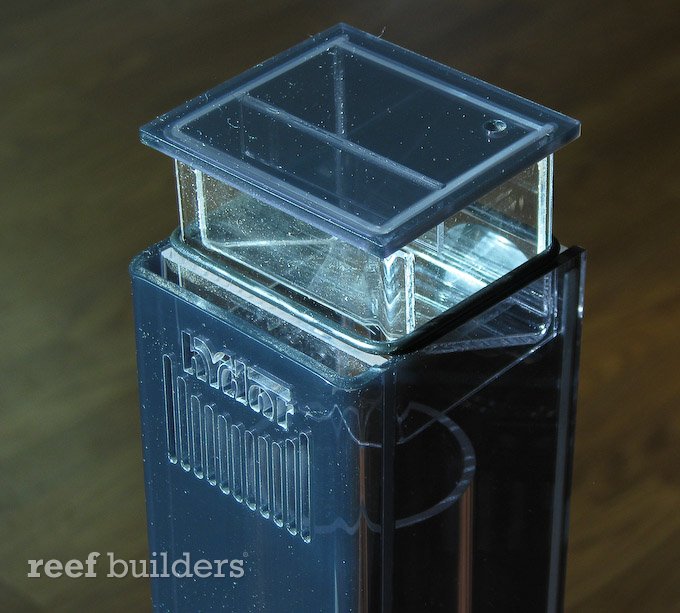 Nano reef aquaria have been left out when it comes to having an efficient and small protein skimmer that doesn’t absolutely suck. All of that changed in 2010 when we got not one but two models of extremely functional small internal protein skimmers which are worth adding to small reef aquarium set ups. Both the AquaMedic Turboflotor Blue 500 and Hydor Slim Skim Nano can do a respectable amount of protein skimming for just about $100 and we refuse to pick one over the other since they both have their strengths and the bottom line is these are some of the best small skimmers the reef hobby has ever seen. 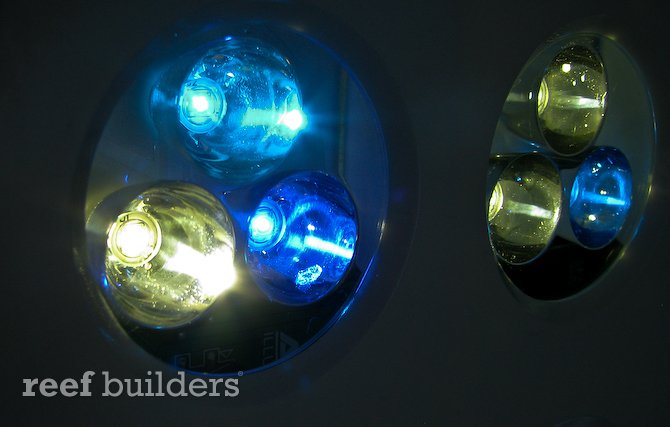 When it comes to LED lights, the AI LED Sol is still in a league of it’s own. Top of the line Cree XP LEDs, color control, custom made lenses, an integrated active heatsink and a high performance to cost ratio made the AI LED one of the best LED lights in 2009. This year the AI Sol received multiple upgrades like wider 70 degree lenses, tricolor LED pucks which were easily swapped out in previous generation and a free firmware upgrade to the controller brought even more functionality to this widely beloved LED aquarium light. 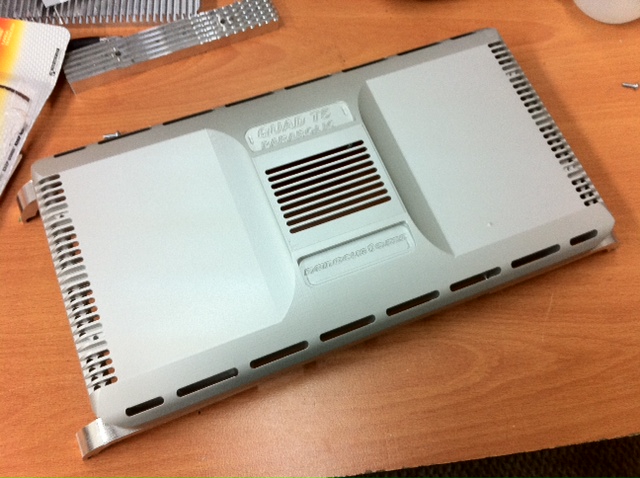 Once the unibody reef lights from NanoCustoms start shipping out en masse, they will forever raise the industry’s expectations of what a reef aquarium light can be. CNC-machined from a solid block of aluminum, the NanoCustoms unibody reef lights offer a huge heatsink for the T5s and LEDs that need to be kept cool for maximum performance. The NC Unibodies come in several flavors, a hybrid LED + T5 light which shipped this year and some strictly LED and strictly T5 versions which are just starting to reach final production stages. The hybrid unibody is particularly exciting because it offers up the best of both lighting technologies, making the switch to LED that much easier for stubborn reefers. Furthermore, the NC Unibodies will have lasting value as the body will last forever, allowing the user to mix and match LEDs and T5s ad infinitum. 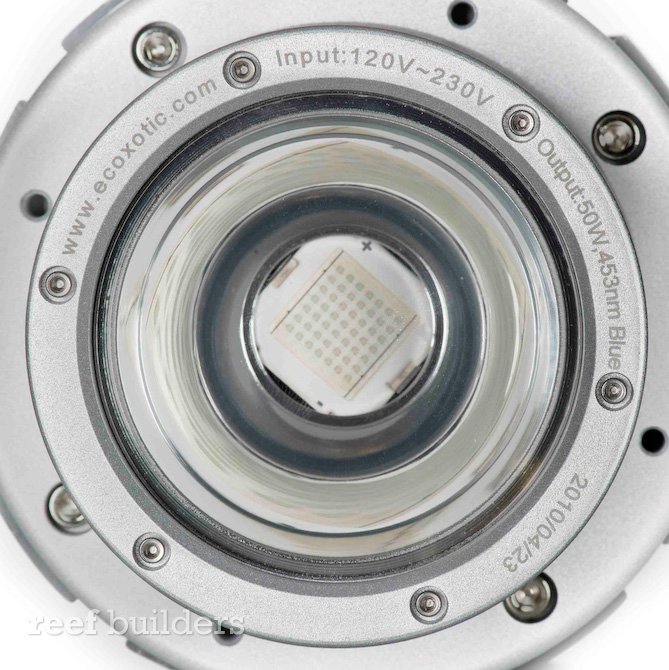 The Multichip LEDs of the Ecoxotic LED Cannon brought a level of power that made it easy for metal halide users to equate their performance to what they already know. Available in white or blue, the 50 watt LED spotlight is already being used to make some colorful and dramatic reef displays. We look forward to seeing more multichip LEDs available to reefers in 2011. 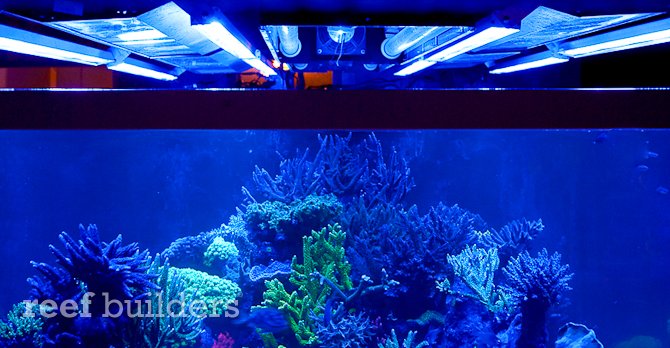 The blue ReefBrite LED strips has become one of the most popular blue LED options for reefers wishing to add some blue LED hotness to their existing setups. The blue coloration of the ReefBrite LED strips is much richer than we’ve come to expect from most blue LEDs. Their range of sizes, integrated reflector and mounting brackets and reasonable pricing has made the ReefBrite strips the first LED light of many reefers.

The new version of the striplights from CoralSky, the SL2 pack the power of an LED spotlight in a striplight form factor. For the same price as the previous generation of SL, $250 of CoralSky SL2 gets you 35 watts of LED power and an additional $25 gets you high quality LeDil lenses to help you get some additional penetration from these supplemental LED strips. 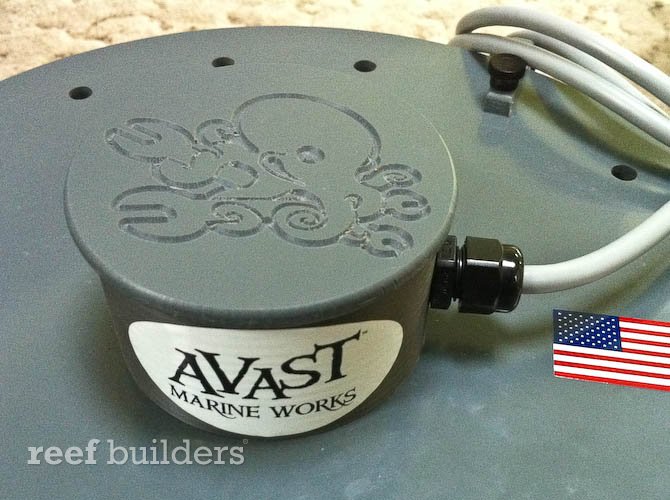 A self cleaning protein skimmer lid starting at $135, need we say more? The Swabbie may be bordering on the rudimentary but for the price, we expect all higher end protein skimmers to ship with the Swabbie or a version thereof in the future, like the Warner Marine MF Series skimmers are already doing. 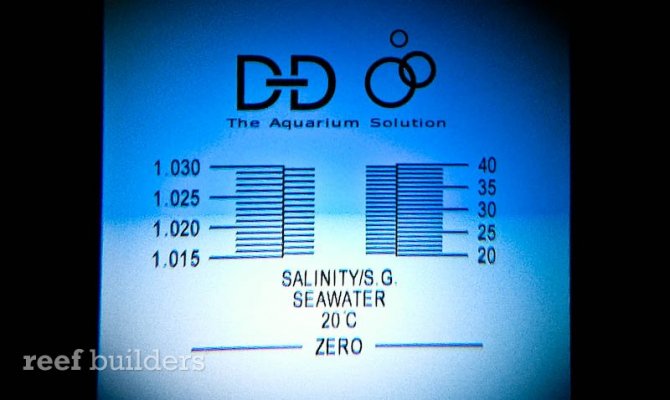 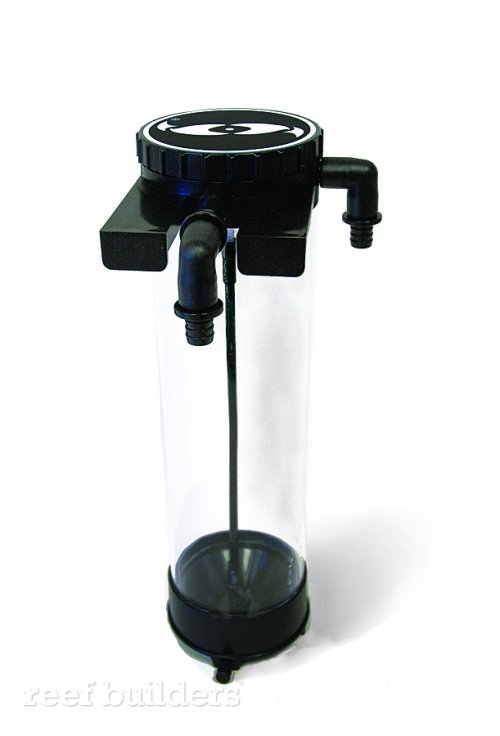 Adding kalkwasser to reef aquarium water is still the best and cheapest way to simultaneously raise your Calcium, alkalinity and pH. Automating the process of kalkwasser addition involves the use of a motorized kalkstirrer but with the new KW Reactor 300 from two little fishies, the hardware required to automatically dose CaOH is now cheaper, simpler and easier than ever. Take one look at the video in the link and you’ll see that the KW Reactor 300 may singlehandedly make kalkwasser dosing cool again. 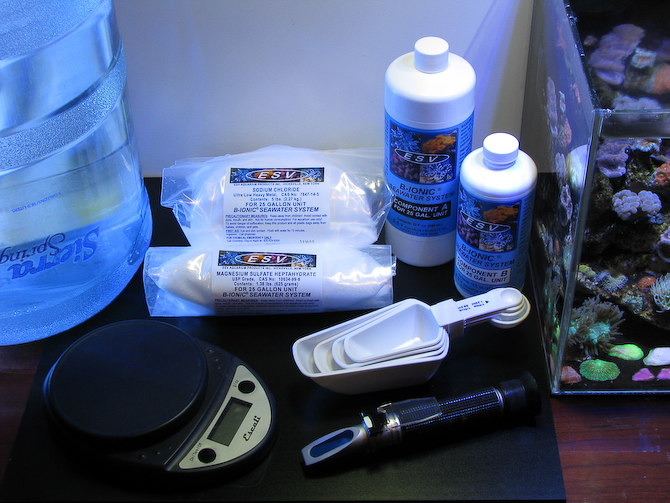 If you think all aquarium salt mixes are the same, think again. B-ionic 4-part seawater system is a totally new concept in high quality aquarium saltwater which is starting to catch on with microbatch and commercial scale marine operations alike. B-ionic Seawater is not the cheapest salt on the market, but with a mixing time of minutes, which is clearer and cleaner than anything we’ve ever used, this new way of making saltwater has really shifted our perceptions of how a marine salt mix should perform. 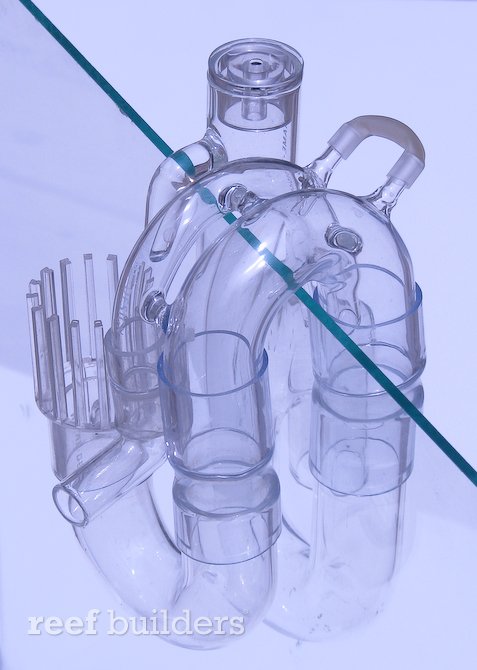 The Mame Nano Overflow is one of the most beautiful aquarium devices we’ve ever seenand it is not only neat, but it is also the smallest footprint overflow siphon device available to nano reefers who are using some form of external filtration. The Mame Nano Overflow may still be a boutique aquarium device but we hope that it will come to influence the design and fabrication of similar reef aquarium products in the future.

Behold the future of aquarium water testing!Although we may all be content to manually test our aquarium water with analog chemical reagents, future generation of reefers will scoff at the idea of straining their eyes to read color scales. Whereas water testing colorimeters once cost upwards of hundreds of dollars a piece, this year Hanna introduced the $49 checker series of water testing devices. The Hanna checkers are not without some compromises, but for now there is no way to ignore the accuracy and ease of use that these colorimeters provide. 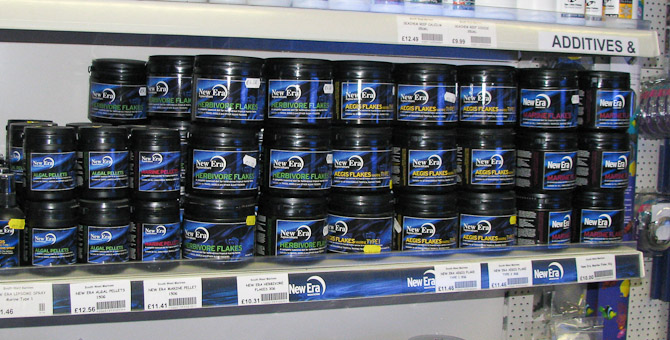 New Era Aquaculture may already be an aquarium staple in the UK and Europe but it’s only this year that NEA struck a deal for North American distribution. You may believe that dry foods are already good enough but the cold-extruded and cold processed foods by New Era Aquaculture have been critically designed to provide maximum nutrition and minimum waste in the aquarium water.  We’ve been using the flake and pellets on a variety of fish for three months and although the fish look as good as they did on a diet heavy in frozen food, the aquarium water is remaining significantly less polluted. Give it a couple years and we’ve no doubt aquarium stores in the US will soon have shelves looking like the one above from a UK LFS.

2010 was a massive year for marine fish captive breeding

Azoox.org, the dark side of the hobby gets their own forum