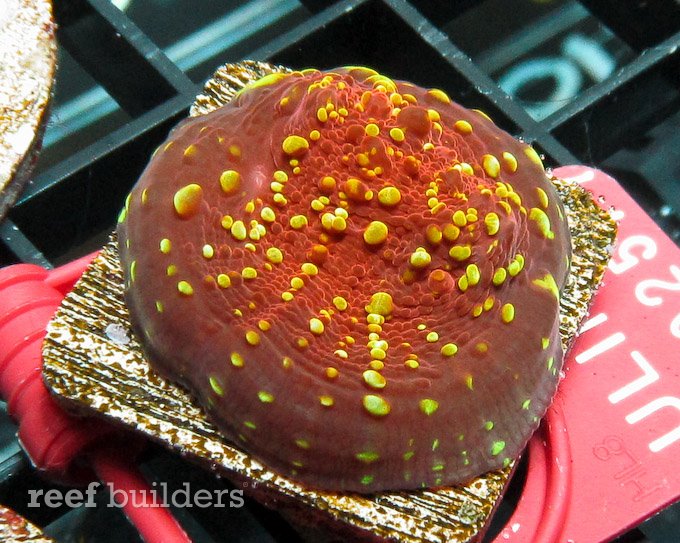 The Fly Amanita chalice is probably the illest coral we saw at MACNA 2011, and that’s why we brought it home. This gorgeous piece of Echinophyllia was acquired from A Reef Creation for a very reasonable sum, and although we’re not at all into ‘named’ corals, this is one piece of coral that deserves it. Originally cultured by Jason Fox and named the JF Goldmeister, this particular strain is the spitting of the yellow-spotted red Fly Amanita mushroom, the quintessential toadstool mushroom, so it deserved a proper renaming.

Part of the reason that we are so excited about the Fly Amanita chalice is that unlike so many of these named and limited edition corals, this one truly is stunning. Whereas as Miami Hurricane or Watermelon Alien Eye chalice coral looks best under totally blued out lighting, the Fly Amanita chalice looks even better under balanced led light. We were permitted to turn up the whites of the AI Sols half of the way up for the pictures, and a wider angle shot of the frag tank is included after the break so you can see how well white-balanced the lighting was over this aquarium when the photo was made. 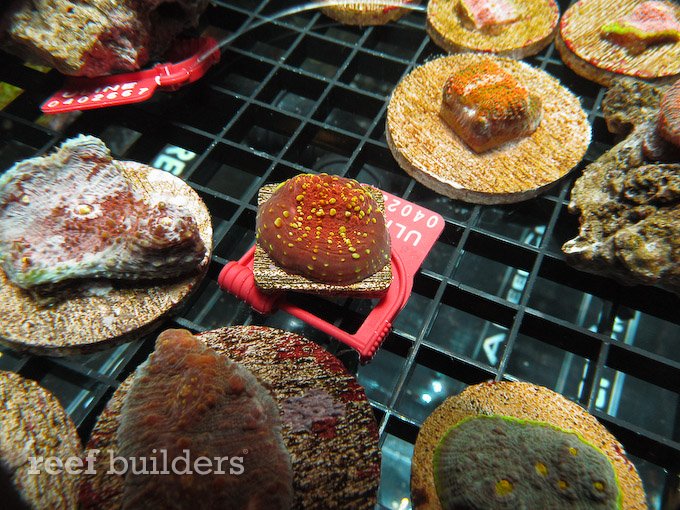