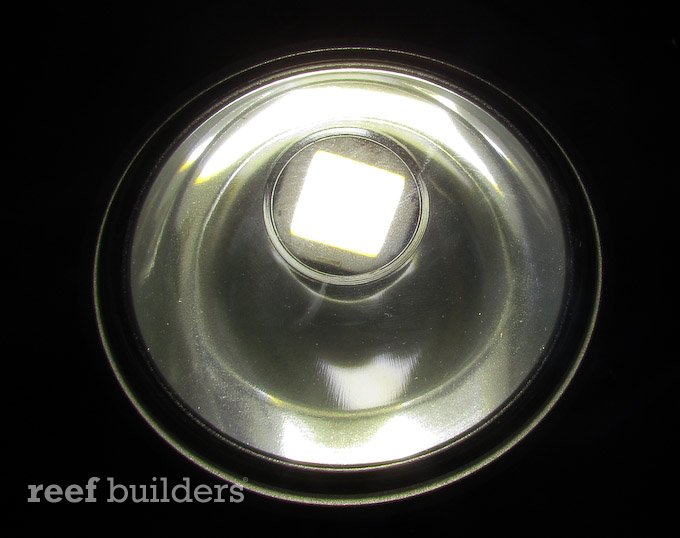 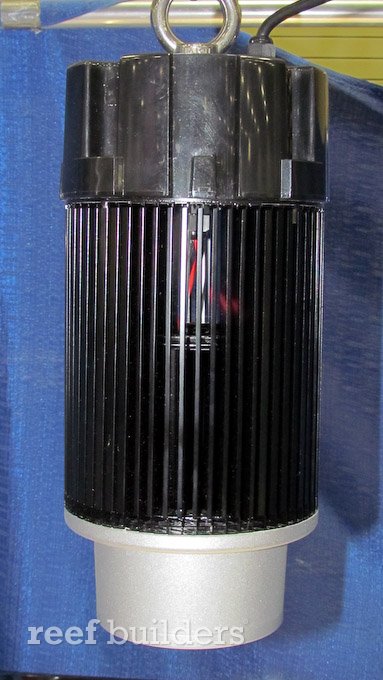 Ecoxotic’s 120 watt Cannon LED spotlight will be available in 12k, blue, and some form of warmer white lighting. The driver for the 120 watt Cannon is mounted above the heatsink in order to be able to have UL listing for safety in an aquatic environment. Although the 120 watt Cannon LED ends up being much taller as a result of having the driver on top, this light is primarily intended for use in public aquaria. There is a DIY way of dimming the LED Cannon, but it won’t be adjustable for intensity out of the box, at least not right away. The 120 watt Cannon isn’t expected to cost much more than the 100 watt version and we should be seeing them trickling out to end users sometime in October.

A small specimen of Xanthichthys kiritimati triggerfish shown off by LiveAquaria