A small specimen of Xanthichthys kiritimati triggerfish shown off by LiveAquaria 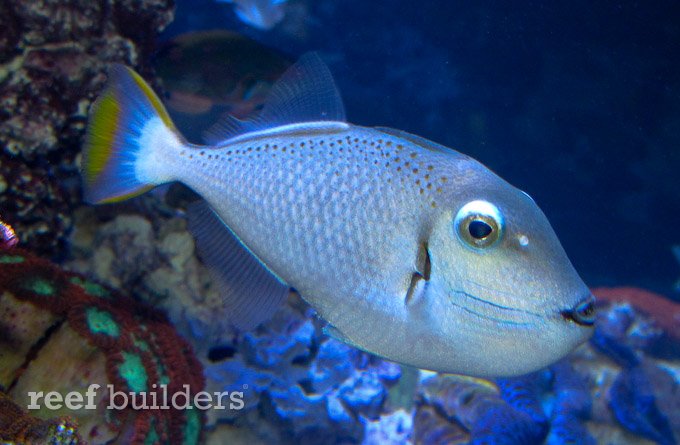 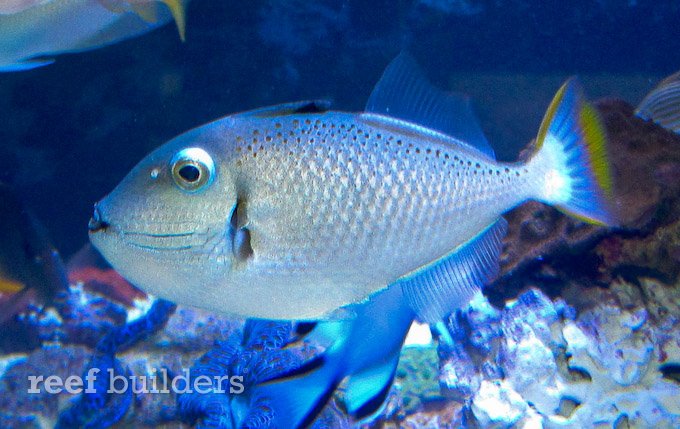