In your face with Macna’s best Scolymia

There were so many awesome Scolymia at MACNA this year, as a frequent participant in small and large aquarium shows all over the country we can say with confidence that this one of the best spreads of Scolies that we have ever seen. The sheer abundance and quality of Scolymia australis that were seen in Des Moines two weekends ago is due in no small part in so much participation from quality coral vendors and the rising quality of Australian scolies overall. 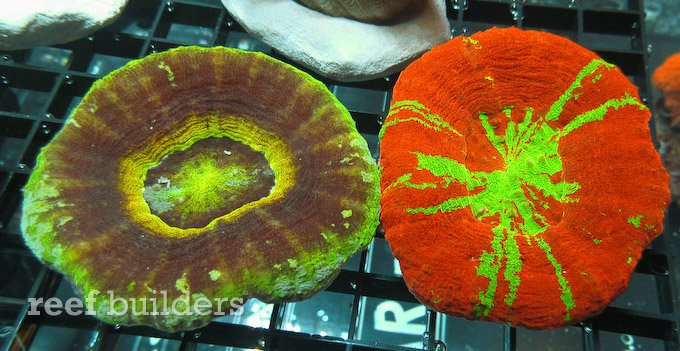 We tried our best to photograph the very best specimens all over the show but there were so many nice scolies, the ones we photographed were those which were in well lit and accessible coral vending displays. We can’t wait to see what kind of ridiculous corals and Scolymia we’ll see at Reefapalooza but in the meantime, continue reading to see a whole lotta coral eye candy, including the stunning best-in-show pieces of Scolymia australis.

The sexy pair of Scolies above were from A Reef Creation and they looked impeccable under AI Sol LEDs. The next four corals were from Midwest Saltwater, where Bill specializes in bringing out a ton of Scolymia to every show.

The stunning little Scolymia australis below has the most unique pattern of red, green, black and mottled blue, an absolutely brilliant Scolie. THC’s Scolymia would have taken best in show but it was a little withdrawn and somewhat on the small side, maybe in a year it’ll be the ultimate Scolie. 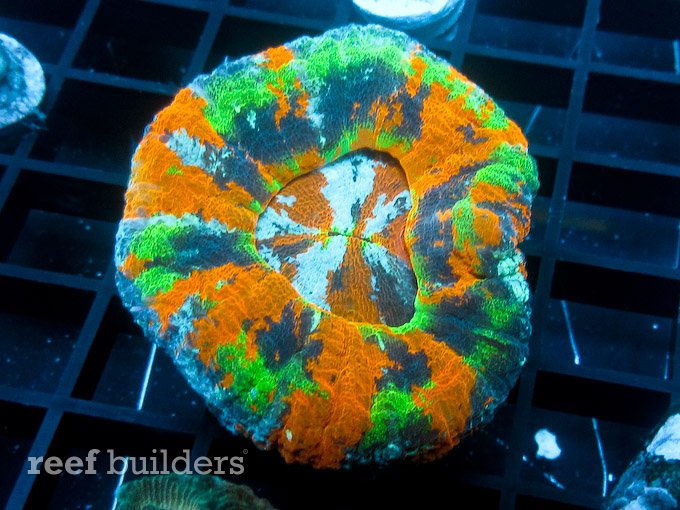 This awesome Scolie is about as nice as any single coral polyp can look. The balanced and abundant striping of red all over the mantle and mouth is perfectly contrasted with a neat pattern of concentric green and black rings of color. UberFrags’ Scolie is a 99% clone of the Spirograph Scolymia, except with more red striping and lacking some of the white mottling of that first mind-blowing Scolie. 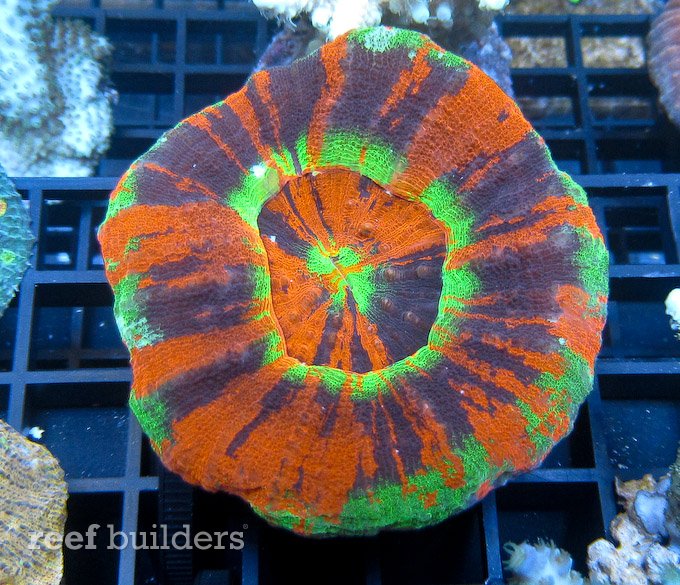 The Vertex Cerebra looks like an aquarium controller from the future